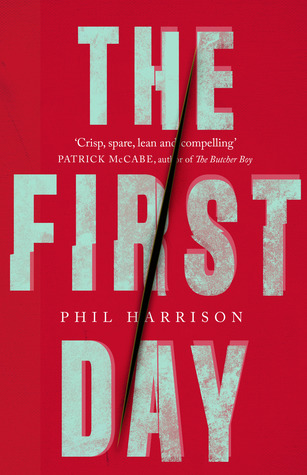 With the holidays just around the corner, you’re likely looking forward to some much-needed time off, some of which you’ll use to catch up on some reading. If you’re making a reading list, then be sure to add the new novel, The First Day, by Phil Harrison to the top. Already an acclaimed filmmaker, The First Day shows that Harrison’s storytelling abilities stretch beyond the cinema. I recently had the privilege to talk to him about his new novel and the spiritual and philosophical themes that characterize it and so much of his work. Take a listen after the jump.

So as not to give away too much of the plot, I’ll simply refer to the publisher’s synopsis of the book:

Outside an east Belfast mission hall, pastor and family man Samuel Orr meets Anna, a young Beckett scholar. They embark on an intense, passionate affair, their connection fueled by their respective love of Christ and Beckett. When Anna falls pregnant the affair is revealed. The repercussions are slow to emerge but inescapable, and the fallout when it finally comes is shocking, cruel, and violent.

Over thirty years later Sam, their son, is in New York, living a steady, guarded life, his childhood and family safely abandoned. But the sins of the fathers are visited often on their children, and the past crashes into his life as violently as in his youth. He is forced to confront the fears he has kept close all these years.

The First Day is the story of an affair and its consequences—on family and on faith. It is an intense, questioning novel of the search to understand our origins and to free ourselves from the burdens of our early years. It’s a stunning debut, meditative and compelling, incantatory, at times devastating and always mesmerizing.

Like Harrison’s films, his first novel received strong critical praise. From Irish Independent: “Brilliantly written throughout…A truly excellent novel, on all counts…The way [Harrison] can express something essential, some truth that hasn’t occurred to you but makes total sense once it’s pointed out, is very impressive.” It’s a book that makes you struggle with whether or not to put it down. You want to see what happens next, but you find yourself pausing to reflect on a passage of the text or what one of the characters is thinking.

In our conversation (over a couple of great beers…more on that below), Harrison and I talk about his films–The Good Man and On Going Home–and the themes running throughout The First Day.

If you’d like to know more about two of our favorite breweries, visit: