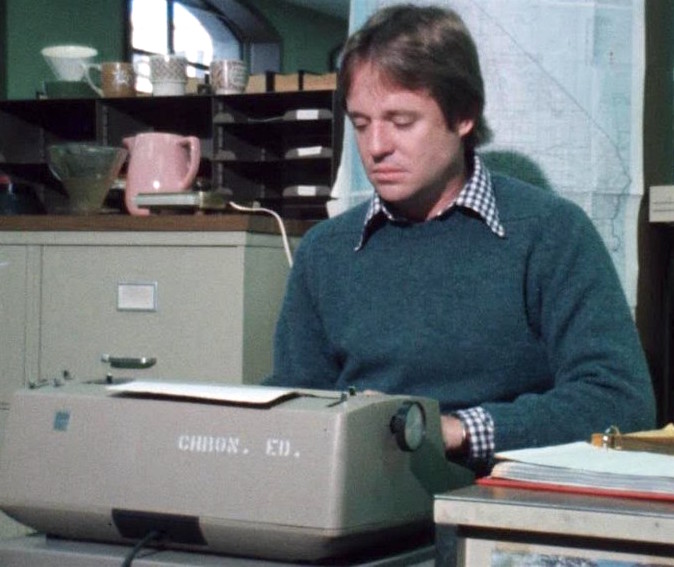 One of the ideas I’ve been exploring recently in my teaching and scholarship is “canonicity”—what it is about a particular set of books, stories, films, or other works of art that makes them holy or set apart from others.

Included in the holy writ for the LGBTQ community is Armistead Maupin’s Tales of the City series. A nine-book story arc of multiple characters in San Francisco from the mid-1970’s to 2014, the books have become history, prophecy, and right of passage for generations of queer seekers. If there were such a thing as a gay Bar Mitzvah, you would read publicly from Tales of the City in order to declare your coming of age.

Maupin has now reached an age where he can look back at his own story. Previewing a written memoir due out this October, the documentary Untold Tales of Armistead Maupin premiered this weekend at South By Southwest in Austin.

Maupin has undergone a remarkable metamorphosis from his origins as a young Republican growing up in a Confederate-obsessed family in North Carolina to his position as a grand old man of gay arts and letters. Untold Tales relates that Maupin’s journalism career began, strangely enough, as a copywriter for Jesse Helms, who, prior to his infamous time in the Senate, was a well-known news broadcaster at WRAL TV in Raleigh. The young Maupin volunteered for Vietnam, first as a PR flack, but then as a SWIFT boater in the Navy. Nixon even invited Maupin for a meeting in the Oval Office because of his work as a war-supporting patriotic veteran.

After leaving the Navy, Maupin took a chance on a job as an AP reporter in San Francisco. It was then that he began to come out, shedding his Southern conservatism and diving into the city’s gay subculture.

Begun as a serial in the San Francisco Chronicle, Tales of the City introduced traditional San Franciscans—and eventually the world—to the post-hippie bohemian wonderland the city was becoming in the 1970s, particularly for the huddled masses of queers yearning to breathe free who immigrated there by the thousands.

The major characters in Tales were the denizens of 28 Barbary Lane in Russian Hill, and they all represented elements of Maupin’s life—ingénue in the big city Mary Ann Singleton, hopelessly romantic gay man Michael “Mouse” Tolliver, disco dude Brian Hawkins, spiritual butterfly Mona Ramsey, and their mother superior landlady Anna Madrigal (who was based on his grandmother). Over the course of the nine books, their lives tangled, entwined and untangled in plots that involved such bizarre twists as a kidnapped anchor woman being kept in the basement, a resurrected Jim Jones living in Golden Gate Park, and a cannibalism cult at Grace Cathedral.

Typical of the author who introduced decent God-fearing Chronicle readers to bathhouses, leather culture, and gay bar underwear contests, Maupin pulls no punches in Untold Tales. We hear about how he lost his virginity to a man he cruised in a park in Charleston, S.C., his affair with Rock Hudson (which he wrote about in what became the third book of the series: Further Tales of the City), how gay sex in the 70s opened his eyes to humanity and made him a better writer, and his current marriage to a man thirty years his junior. Maupin relates all of this seemingly “salacious” material with the offhand humor and charm that was always the most subversive element of Tales. Maupin had a knack for wrapping challenging ideas in the guise of characters you learned to love and think of as your own friends and family.

This leads to the most important theme running through both the documentary and the Tales of the City series: the idea of chosen family—what Maupin calls “logical family” (as opposed to biological family). These are the families we weren’t born into, but chose to surround ourselves with once we had the freedom to do so. For many LGBTQ people, “logical family” had to take the place of biological family because their families of origin rejected them. Untold Tales features entertaining interviews with Maupin’s fabulous and eccentric logical family, including Laura Linney and Olympia Dukakis (both stars of the award-winning and controversial PBS adaptation of Tales of the City), Neil Gaiman, Sir Ian McKellan, transgender pioneer Kate Bornstein, gay playwright Charles Busch, and Amy Tan.

Maupin’s idea of logical family seems to stand athwart the “family values” fights of the past few decades (none was more virulent on this matter than Jesse Helms). And yet, there couldn’t be a more Christian concept. Jesus himself had a “logical family” that was based on spiritual inclination rather than filial responsibility. This has also been one of the central ideas of Protestantism—groups of individuals freely choosing their congregations and denominations based on mutual affinity and shared belief. As we used to sing at the end of church services when I was a kid:

Blessed be the tie that binds,
Our hearts in Christian love.
The fellowship of kindred minds,
Is like to that above.

If that doesn’t say “Love makes a family,” I don’t know what does.

Some of us have been lucky enough to have our biological and logical families overlap. We have writers like Maupin to thank for that. His courage in addressing subjects of sexual orientation, gender identity, HIV/AIDS, and new and expansive ideas of family have helped make what was once controversial commonplace. For this reason, Tales of the City, and this documentary about my gay uncle Armistead—whom I’ve never met—will always be a part of my sacred canon.