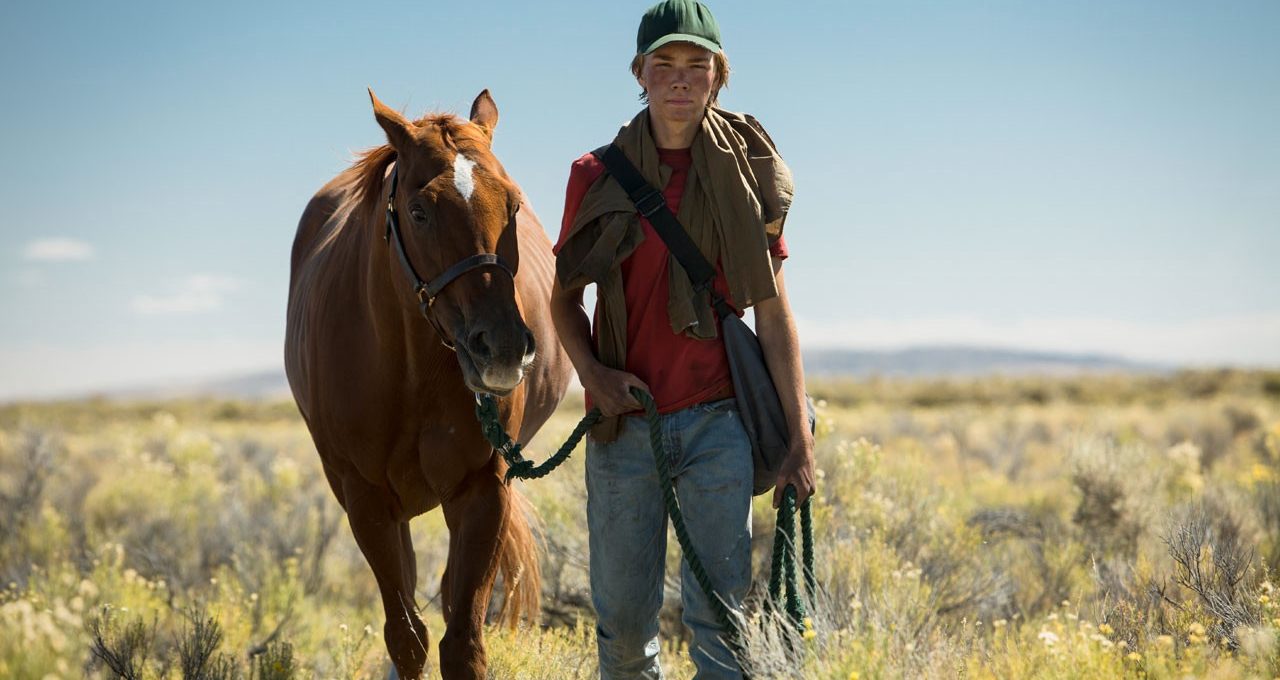 Writer/director Kelly Reichardt’s Wendy and Lucy is a small, quiet indie feature that drew critical acclaim but not a huge audience when it released in 2008. It’s one of the best films of this young century and feels more relevant now than when it originally released. Screening at SXSW as part of the Festival Favorites section, Andrew Haigh’s Lean on Pete feels similar to Wendy and Lucy. Both are about a young person and their animal companion, and both show how easy it can be to get lost in America and slide into homelessness. Both also capture the struggle to maintain hope and optimism in the face of hopelessness and despair.

In Lean on Pete, Charley (Charlie Plummer) moves to Portland with his single father, Ray (Travis Fimmel). Their wife/mother left them when Charley was little. Charley is a talented athlete and, while out on his morning run, passes by a horse track. With nothing to do for the summer, he strikes up a partnership with Del (Steve Buscemi), an owner and trainer of several horses that race at the track. Charley does odd jobs for a little cash. In the process, he is drawn to one of Del’s horses, Lean on Pete, whose racing days are quickly falling behind him. Charley knows that Mexico (the slaughterhouse) awaits Pete and begs Del to let him keep the horse. When Del refuses, and tragedy strikes at home, Charley kidnaps Pete and sets out from Portland to Wyoming to find his loving aunt, who had a falling out with his dad years ago.

Haigh said of the novel on which his film is based, “In many ways [it] is about the need for kindness and compassion to those that are in need.” Compassion and kindness and the lack of it are embodied in Charley and Del’s approach to Pete. Del, using animals to make a living, sees a burden that his business cannot afford. Charley, a victim of neglect, knows what it means o be cast aside.

Beyond the personal experiences of giving and receiving kindness, Lean on Pete shows us that even when we make good choices, our situations might dictate a different outcome. Charley recognizes the tenuous nature of his existence and, in his conversations and journey with Pete, learns that there might not simply be two Americas (the haves and the have nots) but three. He recalls his rich friends on the high school football team in Portland, the well off; he and his father are on the edge, living from paycheck to paycheck; and there are others like Silver (Steve Zahn), with whom Charley has a violent encounter, that have fallen off the edge.

Lean on Pete benefits from solid performances all around. Plummer is a real talent, conveying a bone-deep pain and woundedness, but pairing it with a hard-won optimism and hopefulness. Buscemi and Chloë Sevigny (jockey Bonnie) are complex characters that, for a time, fill in as Charley’s surrogate parents. They aren’t savory characters, nor are they stereotypical villains, which would have been easy out in a film like this. They are simply trying, as best they can, to make ends meet.

Lean on Pete isn’t quite the tear-jerker that the trailer might lead you to believe, and that’s a good thing. In times like these, that absence of sentimentality is a service to the real-life Charleys among us.

Lean on Pete plays at SXSW this week as part of the Festival Favorites series and releases theatrically on March 30th.