We all agree that Black Mirror is superb television and one of the best series going…right?!?! But, within that certainty, no doubt, lie disagreements on best and/or favorite individual episodes. Check out the Pop Theology rankings of the new season’s six episodes below. While much of this is, of course, personal preference, some of these episodes feel more vital than others, given the volatile political and cultural times and spaces in which we find ourselves. It’s nearly a tie for the top spot between “Men Against Fire” and “Hated in the Nation,” but the edge goes to… 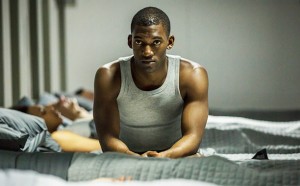 1. “Men Against Fire” encompasses many of the themes also found in “Hated in the Nation” while horrifically solidifying them in a nationalist military/industrial complex. For the military in “Men Against Fire,” words have become vision and vision has become a sort of reality. The episode made me think about a course I took on the Holocaust and slavery, in which we talked about the power of words and, specifically, the ways in which Jews were referred to as vermin for years before they were actually treated like them. In “Men Against Fire,” a group of people (immigrants?) have been identified as “roaches” that must be eradicated to preserve a more pure bloodline. To help with the cleanup, soldiers have been outfitted with mental implants that cause them to see these people as reptilian creatures, not the oppressed human beings they truly are.

“Men Against Fire” reminds us that how we talk about our enemies matters. How we talk about people different from us influences the way we treat them when and if we finally encounter them in person. The episode also shows us that those real world encounters can do great damage to the lies we’ve been told. 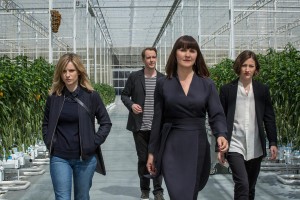 2. “Hated in the Nation” almost feels like something Hitchcock could have made were he immersed in a world so shaped by technology and social media. If “Men Against Fire” is concerned with the way leaders use the power of language and vision to control the military, “Hated in the Nation” reveals the power of the masses to use language and words to destroy their neighbors, both near and far. It’s also built on a generational divide between CDI Karin Parke (the brilliant Kelly Macdonald) and Blue Coulson (Faye Marsay) her younger shadow, both of whom quickly realize that they need one another’s wisdom and insight.

Even though the episode closes with a short period of mourning for the deceased “Tweeters” and ultimately ends on a seemingly triumphant note, I can’t shake the feeling that a society that participates in such online vitriol might deserve nothing more than extinction. In this way, “Hated in the Nation” also feels like something out of the Old Testament, with technology as a plague. 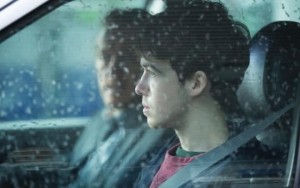 3. “Shut Up and Dance” might be the most gripping narrative of the new season, but it fell to #3 because of its focus on the individual. Centering on our abuses of technology (here child pornography, the arrangement of extra-marital affairs, etc.), in “Shut Up and Dance” a group of hackers spy on individuals’ online activities. Those users that cross the line are thrown into a twisted game that seems to do nothing more than perversely entertain the hackers. If they refuse to participate or fail a task, their online activity will be released to the public.

It’s tempting to feel sorry for lead “victim” Kenny (Alex Lawther), whose crime seems comparatively innocent…that is until the episode nears its conclusion and we learn that it’s much worse. Fear and shame are the backbone of this episode, but what are the conclusions that writers Charlie Brooker and William Bridges wants us to draw? Is shame a strong foundation for morality? If so, then all we need to do is put tape on our computers’ camera lenses. 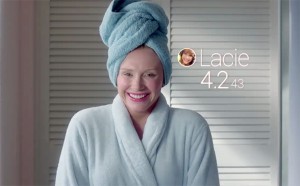 4. “Nosedive” boasts one of the best performances of the new season with Bryce Dallas Howard as the praise-seeking Lacie. “Nosedive” imagines the not-too-distant future when people can rate one another, Yelp-style, based on appearance and even the most brief interaction. These ratings have real world implications: drop below 4 stars and you’ll start to lose friends or plummet below 3 stars and you could lose your job or be barred from certain businesses or gatherings.

The episode’s obsession with our obsession with rankings, likes, and followers already feels a little old, but Cherry Jones’ arrival as an outcast trucker is a superb addition of a tempting role model for many of us questioning what social media is doing to our lives. 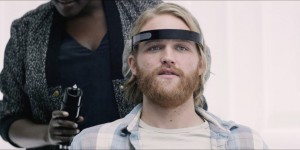 5. As a gamer, I was surprised that these two episodes rounded out my rankings. Like the first and second spots, the fifth and sixth are really close. “Playtest” lands at #5 for me because of its immediacy and my own hesitations with the rise of virtual gaming. While much of the gaming in “Playtest” is pure sci-fi, its emphasis on disconnectedness in a hyper-connected world hits close to home. Virtual realities can be places of connection (as we see in “San Junipero”), but they can just as easily be modes of escape that take us away from real world problems.

“Playtest” benefits from a strong performance by Wyatt Russell, who easily swings from comedy to terror in moments. The episode is right in claiming that much of what we fear is simply our own imaginations and that what we might fear the most is often the easiest to repair. 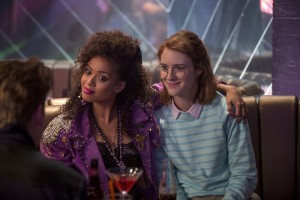 6. “San Junipero” is beautifully shot, jumping back and forth from the 80s to the 90s to today and on into the future with all the appropriate styles on display. At heart, it’s a story about identity and becoming and how technology might help us find and become who we are and who we want to spend our (after)lives with. “San Junipero” is also a story about oppression (at others’ hands and our own), liberation, celebration, and mourning. Gugu Mbatha-Raw and Mackenzie Davis shine.