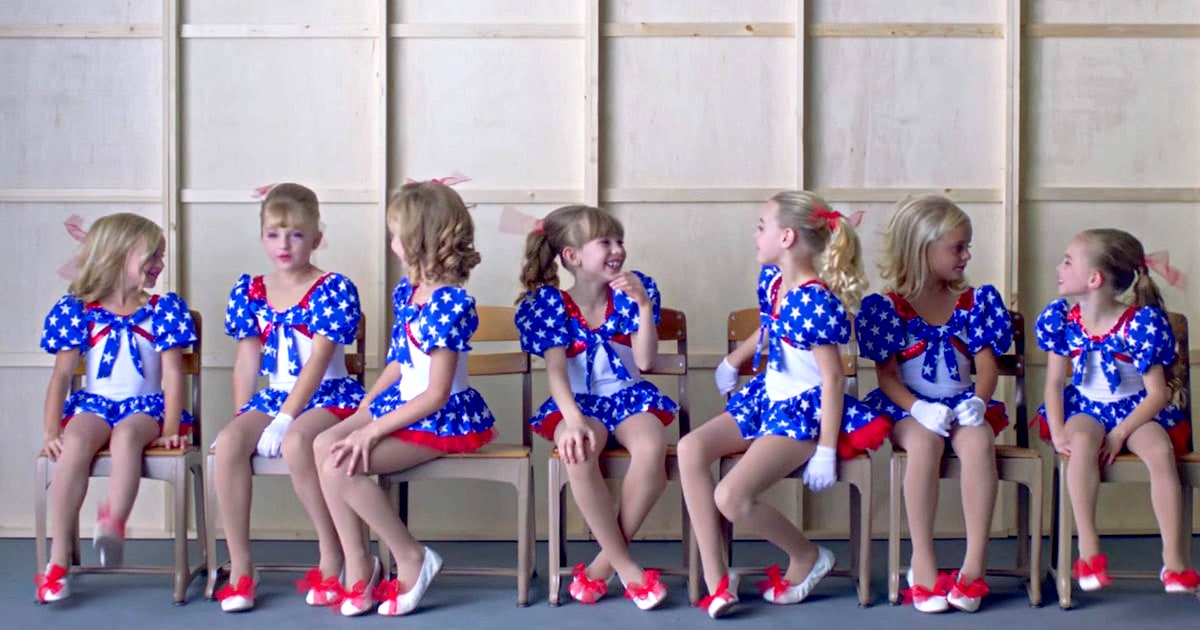 Casting JonBenet (now streaming on Netflix) takes a novel approach to telling the story of the JonBenet Ramsey murder. There is no blurry VHS footage of the six year-old “beauty queen” performing in pageants before her death on Christmas morning in 1996. There are no clips of the John and Patsy Ramsey news conference, or their blockbuster interview on Larry King Live. There is no closeup handwriting analysis of the false kidnapping ransom note that the Ramseys claimed had been left in their house.

Instead, the story is told through the accounts of actors who have been brought in to audition for roles as John and Patsy, JonBenet and her brother Burke, the Boulder police chief, and even John Mark Karr, the creepy schoolteacher who confessed to the murder despite not having done it. The documentary is directed by Australian Kitty Green, who actually moved to Boulder and cast locals in the roles. Although there are some parts of the murder and investigation acted out in brief snippets, there is no TV drama or movie actually being cast. The story is told entirely through the auditions, recollections, and conversations of the actors.

The movie begins with eight little blond girls in red, white and blue polka-dot dresses with white gloves and dance shoes taking their places, chattering and giggling, as they prepare to audition for the role of the doomed beauty princess. The Patsy Ramseys are there too— dressed in her trademark blood red shirt and pearls. And the grey-shirted middle age men auditioning for John Ramsey.

Some of the most entertaining auditions come from the boys being “cast” as Burke, JonBenet’s older brother, who was known to have attacked her with a golf club and is still considered a possible suspect in the case. The preteen boys being asked to play him stare at the camera and whisper eerily, “If you tell someone a secret, it’s not a secret anymore.” At one point, they’re asked to take a metal flashlight and bash watermelons, a gruesome experiment to test if ten year-old boys would have the strength to cause the blunt trauma to the head that killed JonBenet.

There are three men brought in to play the role of Santa—a possible suspect in the case, as there was a hired Santa who came to the Ramseys’ house for a Christmas party a few nights before the murder. One of the most convincing professional Santas says that he has himself background checked yearly in order to reassure parents. Then he mentions his motivation: “You get addicted to the love. Someone puts on a red suit…once…twice…it’s more addictive than heroin.”

Each take from the actors adds a brushstroke to the impressionist narrative, as they not only act out important scenes from the plot, but share their own theories as to what happened in the case. Eventually their talk turns to telling their own stories of coping with death, abuse, cancer, and broken relationships. The effect is like a mash-up of Rashomon and an Errol Morris documentary.

The idea is to turn the camera back on the viewer—to show how true crime stories become a reflection of our everyday fears and tragedies.

But I think it shows something more: how JonBenet Ramsey is no longer so much a person as a thing. She is a symbol, a pop culture event, a specter of the darkness at the heart of the American dream.

Oscar Wilde once quipped, “One must have a heart of stone to read the death of little Nell without laughing.”

Like Wilde’s distain for the false sentiment of the death of the virtuous heroine of The Old Curiosity Shop, perhaps the time has come to stop looking at the JonBenet case through a moral or criminal justice lens. Maybe we should be looking at it instead through an aesthetic lens: in other words, as camp spectacle.

Watching accounts of JonBenet’s story, I can’t help but feel like I’m viewing the prequel to Whatever Happened to Baby Jane? I imagine a geriatric JonBenet, still dolled up in pancake makeup in her pink cowboy hat doing her galloping dance—like Bette Davis’ flashbacks to herself as a girl in pigtails singing “I’m Sending a Letter to Daddy.” There are so many of the same elements as the movie—the exploited child talent, the deadly sibling rivalry.

I also think it’s a healthy exercise to imagine the fallible adult JonBenet would have grown up to be had she lived. She probably would have been a mean girl in high school, flaunting her wealth and beauty over the geek set. If she were alive today, she’d be a falsely entitled twenty-something driving a BMW her daddy gave her, sporting a Trump bumper sticker. Or maybe her life would have taken a more tawdry turn. As one of the actresses auditioning for the part of Patsy says, “Many of those pageant girls go on to do great things….and many of them go on to work for Hooters.”

Considering how selfish and dysfunctional her family was, it’s hard to imagine JonBenet growing up with a burning desire to end human suffering. She likely would have been exactly the kind of self-absorbed bundle of neuroses that causes God in a famous Amy Schumer skit to shake his head and say, “I’ve really got to stop making so many white girls.”

Every once in a while, looking at the circus this murder produced, the true crime industry of books, TV specials, films, and even reality shows like Toddlers and Tiaras, someone tut-tuts and reminds us, “Let’s not forget a child died here.” This is an attempt to change the lens from the aesthetic back to the moral. But Americans don’t really want to look at this through a moral lens. Otherwise, they would have to admit that they don’t really care about JonBenet, they’re just fascinated by the whodunnit of the case.

For that matter, most Americans don’t really care about anybody else’s children but their own—or those in their immediate circle. One in five American children lives in poverty — this puts America at number 34 in surveys of wealthy, developed nations. American education lags behind many other developed nations, largely because of the massive inequality in resources and support between rich and poor communities. In some states the infant mortality rate is at a third-world level. In America a child dies every other day in a gun accident. Thousands of Syrian children are desperate to come to this country, but our president has cut off all opportunity for them to seek solace here.

American sympathy is specific, partial, and easily distracted. Black boys are fed into the Moloch mouth of our so-called criminal justice system every day and people oppose the movement that’s working to stop it. But someone kills a six year-old rich white girl in a “sweetheart cowgirl ensemble” and suddenly Americans are distraught. Which shows, if nothing else, what poor taste we have.

So bring on the dancing JonBenets. Let’s have a whole chorus line. Act out the whole thing with Patsy as the wicked mother, clinging to her Miss West Virginia beauty crown; John Ramsey as the clueless father, unaware of his wife’s growing homicidal jealousy; Burke, the disaffected son who whacks his sister with a golf club for stealing a piece of his pineapple. Have the Santa from the Christmas party do a leering version of “Santa Claus Is Coming to Town.” Top it off with the Boulder Police as the Keystone Cops.

The only value this story has is camp ridicule at the enduring spectacle of American decadence. At least Casting JonBenet acknowledges that it’s the murder as cultural event that matters to those who are still obsessed with this case, not the life of the long-dead child beauty queen.