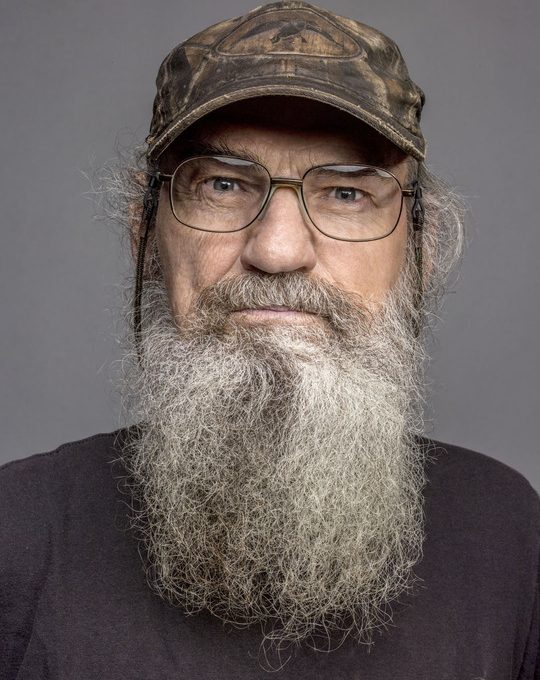 The Set-Up: Willie and Si have a fender bender in the Duck Commander parking lot, causing Si to show up for work riding a scooter because of his “injuries.” Miss Kay loses her turtle, Mr. T, and expects Phil to go down to the swamp and catch her another one.

Hilarity Ensues: What Si describes as a serious accident, which will force Willie to replace the bumper guard on his pickup, Willie describes as a “light bumper kiss.”

Willie suggests Si will do anything to get out of work: “Last year he was on crutches for two weeks before I broke down and made him employee of the month.”

Si says he’s going to sue, “I’ve got ‘menthol’ anguish!’” but ends up doing worse—showing up for work on a scooter for disabled people and running around the warehouse breaking things.

Meanwhile, Miss Kay’s turtle is missing, and she threatens to withhold “lovin’” from Phil if he doesn’t find her another turtle. Phil asks if “this one of them, ‘No honey on the biscuit’ maneuvers?” She answers yes. Phil has no choice but to get up off his recliner and take Miss Kay to the swamp to find her another pet turtle.

Major Theme: Respect for elders; battle of the sexes

Is this for Real?: Si’s antics are always fun to watch, but this was one of the sadder episodes of the show. Getting nothing but ribbing from the Duck Commander boys, Si eventually strikes out from the warehouse and heads down the road on his scooter, grumbling about how no one respects their elders.

As a situation comedy, Si’s reaction is supposed to be situational—a comedic overreaction to a fender bender. But what I saw was a 65 year-old Vietnam Vet riding a scooter down a busy road, risking his life for some recognition and respect.

This is especially poignant considering Si’s admissions of alcoholism, the scars of war, family mental illness, and the difficulty of raising a child with Aspergers in his recently-released book, Si-Cology.

I’ve always thought, for all Si’s clowning, he’s a man who has known deep personal pain.

The Christian Angle: Phil’s ordered, hierarchical universe makes an appearance again in the final blessing over the food, when he says he is thankful for Miss Kay and says, “I pray that more men find women like her.”

The Wrap-Up: Phil’s comment about having to find a turtle for Miss Kay is, “The things a man will do for a little honey on a biscuit.” During the final dinner scene, we notice Phil putting honey on a biscuit, the closest this show will ever get to pornography.

I know I said I would have a comment on Phil’s preaching. I’m working on it and will try to have it up soon.