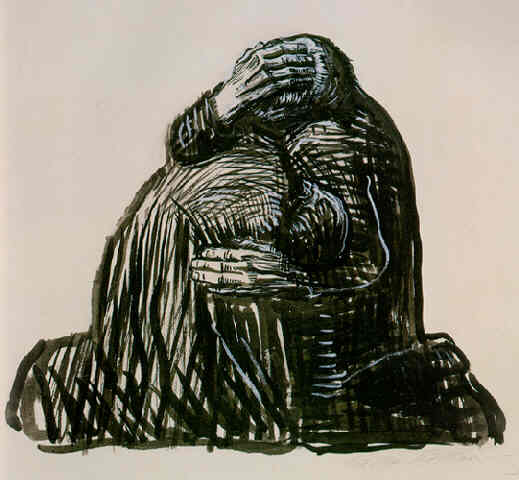 Two smaller “indie” films are getting vastly different treatment this awards season. The first, Enough Said, is being praised for Julia Louis-Dreyfus’ career highlighting performance, and rightfully so. The other, Short Term 12, features an even more impressive performance by its female lead, Brie Larson, but has been virtually ignored in major award conversations, which is all the more puzzling because, as a whole, it’s one of the best films released last year. It certainly would have made our “Best Of 2013) list had I/we seen it in time. Nevertheless, both films feature strong female leads that might be best described as wounded healers.

In Enough Said, Julia Louis-Dreyfus plays Eva, a ten-years-divorced mother of teenage daughter Ellen (Tracey Fairaway). Eva is a masseuse, who makes house calls all over town. When she takes on a new client, poet Marianne (Catherine Keener), things get complicated when she (unbeknownst to all…at least for a short while) falls for Marianne’s ex-husband, Albert (James Gandolfini, in a truly heart-breaking and warming last performance). Eva falters in her budding relationship with Albert as Marianne gradually opens up about all of Albert’s behaviors that drove them apart. Her obsession with her own previous failed marriage, the pain of watching Ellen go away to college, combined with the doubt that Marianne plants in her mind, threatens to rob Eva of the happiness right in front of her.

Dreyfus and Gandolfini provide a firm foundation for the proceedings, exuding a believable chemistry. Gandolfini has never been more vulnerable (or lovable) and JLD has never done better work. The film benefits most from writer/director Nicole Holofcener‘s realistic script and the way she constructs the narrative around a series of emotional threesomes. Every character consistently triangulates in their interactions with one another…an obvious relationship no-no. Yet it is interesting to see how these triangulated relationships parallel and pollute one another.

In her own way, Eva helps heal and/or soothe her clients, yet she is a wreck in need of emotional and spiritual guidance. Her best friend, Sarah (Toni Collette) is a psychiatrist who worries more about rearranging her living room furniture than Eva’s mental stability or her own floundering marriage. Who knows what type of poetry Marianne writes, but it’s clearly over Eva’s head. Even if it wasn’t, she doesn’t extend the same grace to Albert, which, again, spins Eva out of control.

Short Term 12 delves into realms of our society (and emotions) into which few films dare to tread. Set in a short term foster group home, the film focuses on Grace (Brie Larson) as she tries to be a meaningful presence in “her” foster kids’ lives while navigating her own relationship with co-worker and boyfriend (and baby daddy) Mason (John Gallagher, Jr.). Though Grace cares for all of the kids equally, she takes special care with Jayden (Kaitlyn Dever), in whom she sees much of herself. The two girls are victims of domestic/sexual abuse.

Short Term 12 is one of the most gut-wrenching films I’ve seen in a long time with a narrative that is as raw as it is measured. Writer/director Destin Cretton knows exactly where he’s going and aside from one plot point takes us there with grit and determination. The young actors who play the foster kids give performances that should destine them for lengthy careers, particularly Keith Stanfield as Marcus, the troubled soon-to-be-18-year-old, who secretly doesn’t want to leave when he “ages out of the system.”

Though some might see it as cheesy or heavy-handed, Grace is appropriately named. Hers is the most Christian of characters I’ve encountered in film in a long time as she wears the mantle of those with whom she suffers. As a result, she is better able to reach the children than her boss (even though he’s been “doing this for 20 years”) or her well-meaning colleague who’s “taking time off to help the underprivileged.” Through brie’s empathy with the teenagers in her care, Cretton creates space for us to empathize as well. It’s a marvelously painful experience.

Enough Said (93 mins) is rated PG-13 for crude and sexual content, comic violence, language and partial nudity and is available on DVD.

Short Term 12 (96 mins) is (criminally) rated R for language and brief sexuality and is available on DVD.