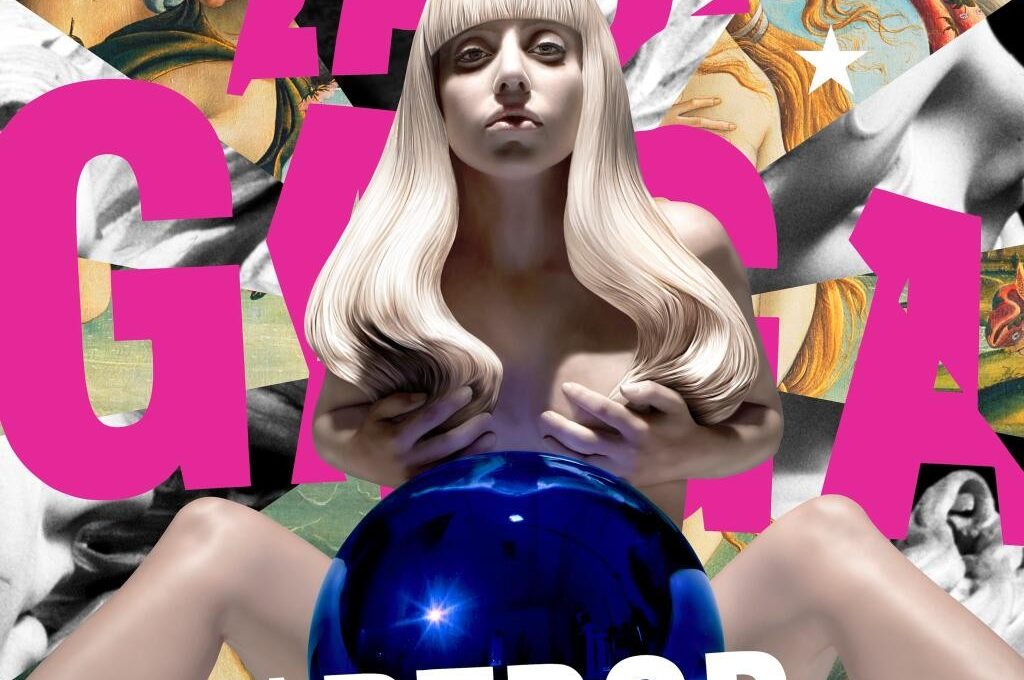 In my chapter for Donald Boisvert and Jay Johnson’s book Queer Religion, “God, Sex, and Popular Culture: the Evil Demon of Images and the Precession of Lady Gaga,” I predicted that just as Lady Gaga is a simulacrum of previous pop stars like Madonna, other pop stars would follow Gaga and become a simulacrum of her.

That day has come. Gaga revived the big-budget narrative music video for the Internet age and put the provocation back in pop music. The Hannah Montana and “I Kissed a Girl” novelty song acts have followed suit, tarting up their costumes and straining to reach for the conceptuality that Gaga produces naturally.

Still, with Gaga’s third album, Artpop, the question remains, as Adam Markovitz put it in Entertainment Weekly, “What’s a trailblazer to do when her path becomes the road most traveled?”

More of the same, apparently. Artpop covers a lot of common Gaga themes: the corrupting nature of fame, the fact that men are pigs (quite literally, in the song “Swine”). The four-on-the-floor disco beat continues on songs like “Aura,” which starts with a twisting Gypsy Kings-style guitar riff. The lyrics are ironic and raunchy, as in “Venus,” when Gaga starts naming off the planets of the solar system, and you know she can’t just skip by number 7 without a joke. (“I wanna see Uranus/ Don’t you know my ass is famous?”)

She belts out a slurred piano ballad of desperate man-need, a la “Speechless” and “You and I” in the song “Dope.” Perhaps “I need you more than dope” isn’t the most romantic sentiment, but it gets the point across.

I actually like “Swine,” an industrial dance grind that maxes out the synth beat-oscillations until you get a sound somewhere between motorcycle and grunt.

Gaga stretches her genre a little with collaborators, most notably on an R&B groove with R. Kelly, and hip-hop with some people named “T.I.,” “Too $hort,” and “Twista.”

The musical highlights include the first single, “Applause,” which revives some of the “Poker Face” dance synthesizer sound. The other is “Gypsy” in which Gaga goes for the soaring epic sonics of “The Edge of Glory” and “Highway Unicorn” on her last album. “Applause” and “Gypsy” could serve as bookends for the dance anthem/rock epic dichotomy that has characterized Gaga on her first three albums.

There’s not a lot that’s new here. But having accomplished so much to create a signature sound, maybe Gaga should be allowed to consolidate a bit.

Not so, say the critical haters, who seem to be caught up over whether or not the album’s theme of art and pop culture is really a successful expression of the avant garde. (The album cover is one of Jeff Koons’ hyper-kitsch sculptures of a nude Gaga, her lady parts blocked by a shiny blue ball.)

As Allison Stewart wrote in The Washington Post, in a review titled, “Lady Gaga’s ‘Artpop’ Doesn’t Live Up to It’s Avant Garde Ambitions,” “ ‘Artpop’ occasionally likes to explain its underlying thesis (‘Pop culture was in art / Now art’s in pop culture / In me,’ Gaga intones on the first single, ‘Applause,’ which would have been terrible without those clunky lyrics).”

I’m sorry, Ms. Stewart, were you disappointed that Gaga had not once again reached the lyrical heights of “Ah ah-ah-ah-ahhh, Ra-mah, Ra mah-mahh, Gaga, ooh-la-la?”

I’ve tended to see Gaga’s music as a vehicle for her raucus stage shows and theater-of-the-absurd videos. The concept is the concept. Before, she was “Born this Way,” now she’s “ArtPop.” It’s just the next reinvention.

The praising or damning from pop music critics is really beside the point. The truth is, Lady Gaga is first and foremost ethnic music for gay people.

The question is not, “Is this art?” or “Has Gaga gotten stale?” The question is, “What will be playing at every Gay Pride celebration across the country on a non-stop loop next summer?”

When Gaga’s “Applause” cranks up, will hirsute men in leather gear shake their butts as if they aren’t lawyers on the weekdays? Will every lithe boy with a pair of pecs and a washboard stomach throw off his shirt and begin spinning as if the ovations of the song’s title are just for him? Oh yes, bears will twerk; twinks will twirl.

Stewart goes on to criticize Gaga for being too invested in the pop side of her culture.

“[ArtPop] is grounded in the recognition that, however admirable Gaga’s fine-art ambitions, she still must keep one eye on peers such as Katy Perry and Miley Cyrus.”

Katy Perry’s big hit “Roar” clocks in at a paltry 90 BPM. That’s the speed of sorority girls waving apple-tinis back and forth at a bar in Panama Beach.

Miley? Didn’t she used to have a show on Disney Channel?

The difference between Gaga and her overproduced offspring is that Gaga has the pipes to wail above the wall of sound. Her voice is huskier and stronger. I’ve heard her sing live and I doubt any pop diva works harder to be dead-on in-tune, despite all the musical chaos around her. Bubble gum pop, she is not.

The thing that’s missing from this album is a good dose of the Good News. It seems odd to say this in reference to Gaga, but this is an awfully secular album. There is none of the tongue-in-cheek religion-tweaking of “Judas” and, at least thus far, no sign of the cross-burning, nun-groping of the “Alejandro” video.

Worse, there’s no queer/goth/freak empowerment song like “Born this Way.” Having created a church for her “Little Monsters,” Gaga needs to continue to be their high priestess. I’m serious about this, because to a lot of marginalized kids, Gaga’s inspirational weirdness is life-saving stuff. She’s one of the few voices in the media that says, whoever you are, whatever you are, you are God’s creation and you should love yourself. For all his reforms, Pope Francis hasn’t even been able to convey such an uncomplicated message of unconditional love. As a fan, I want to see Gaga continue to shift, evolve, and transform, both as a musical performer and a provocateur; but more than anything, I hope she continues to preach the Gospel of Gaga.