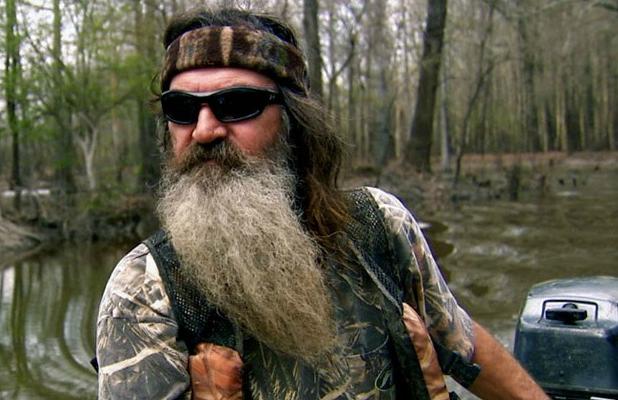 In a previous post outlining the homophobic comments of Phil Robertson, prior to the controversial GQ article that got him suspended from his show on A&E, I talked about painting people with a narrow brush:

“This is not a call to abandon the cause of justice. But while we may paint justice broadly, we need to have pointillist personal relations. This is the true meaning of tolerance and liberality—not that you agree with me on all parts of my agenda, but that we see our agendas in the context of relationship and community. If we interact only with people that agree with us politically, than we really are practicing the violence of objectification—using people only insofar as they are useful to us.”

I am trying to figure out how to stick by what I said about painting people with a narrow brush after what Phil said in the GQ article. What do I do as a Christian if I am compelled to love my neighbor when my neighbor is Phil?

First, I want to make a few things clear, based on comments I’ve gotten on the posts.

In the United States we have Free Market on Free Speech. Free Speech is not policed by the state, but when it comes to having a paid public platform, free speech is what the market will bear. Comments like Phil’s, are, thankfully, becoming increasingly expensive in the Free Speech marketplace.

So how do I keep loving Phil, and the Phils in my life?

Well, sticking with the narrow brush, I enjoyed reading in the GQ piece about how Phil takes care of his land outside of Monroe, Louisiana. As Drew Magary, the author of the piece says, “He is welcoming and gracious. He is a man who preaches the gospel of the outdoors and, to my great envy, practices what he preaches.”

Phil points out the wildflowers that bloom on his carefully-managed but highly natural property. “See them little black seeds? See that? That’s what ducks eat. They love that. It’s called Pennsylvania smartweed. So we basically grow either natural vegetation or plants, or augment it, and we flood it.”

He actually has a system set up where if the Cane River doesn’t flood his land each year, he irrigates the land so it will maintain habitat for the wild birds in the area – especially the ducks he likes to shoot.

I have learned that many Louisiana hunters like Phil are passionate conservationists, and see the maintenance and preservation of the priceless natural habitat in this part of the country to be a sacred duty.

I still like that about Phil, no matter what his views are on my “sinful lifestyle.”

I’m sorry to see Phil and his family’s enterprise turned into just another divisive weapon in the culture wars. Whatever happens to the show, Phil will go on the circuit as a Fox News contributor/preacher/culture warrior and continue to make a lot of money off confirming the racial and religious prejudices of a rapidly-shrinking portion of the American public.

I wish the producers, Phil’s family, friends, whomever, had made it clear to him that the family “Dynasty” rested in part on him not expressing his views in offensive and derogatory ways. I’m disappointed, as a fan of the show, that Phil did not realize the damage that his words could do, both to himself, and to others, as a public figure.

So how do I love my difficult, negatively opinionated neighbor? I guess we have to take people as we find them, and try to seek change and transformation through relationships. When it comes to prejudice, we all need a lot of understanding; in our stores of thoughts and opinions there are always dark drawers of ignorance waiting to be opened.