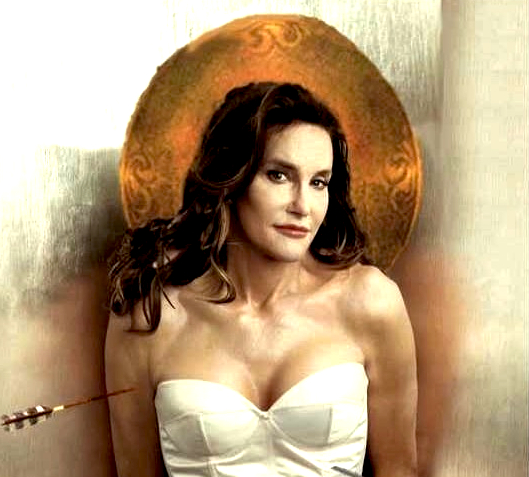 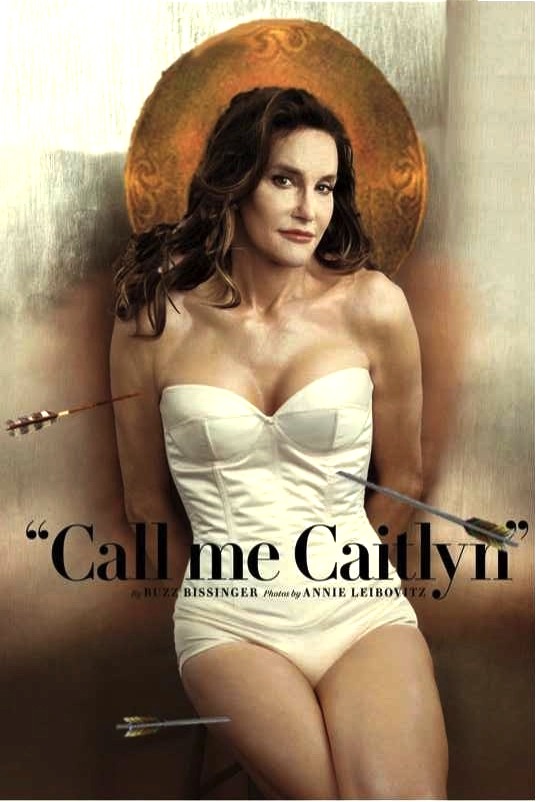 I’ve noticed recently that when you post an article on Facebook, the all-knowing Newsfeed will post three articles below your post – two that agree with the article you posted and one that disagrees. This is an interesting idea, and may help break down the “echo chamber” that so much of our online dialogue has become.

But then, sometimes, the articles Big Brother Facebook suggests are just downright offensive.

Looking over some postings on the remarkable coming out of Caitlyn Jenner the other day, I was struck by the serving up of a “third article” with the title, “Calling Bruce Jenner a Woman Is an Insult to Women.” I shouldn’t have clicked. After all, clicks to websites like this only up the ad count, making them more money. But, just as the human tendency when you see car wreck is not to turn away but to look more closely, I had to see this for myself.

I won’t tell you the name of the Web site, because I don’t want to up its audience, but let’s just say all the banner ads were for guns. The writer was a young blogger named Matt Walsh (not the Matt Walsh of the HBO comedy Veep.) I won’t repeat all the offensive things this particular Matt Walsh wrote about Caitlyn Jenner, but there was one line that absolutely intrigued me:

“For my part, I agree that a man can never lay claim to womanhood. I also agree that there is such a thing as a female brain and a female soul — and by extension female emotions and female personalities and female characteristics — but the trouble is that female brains and souls are always contained securely in female bodies.”

Is the soul gendered? Do the sexed biological parts assigned to us at birth, and/or the roles we play as men, women, or another gender actually represent some essence of who we are? If one believes that the soul is immortal, does this gendered essence go with us when we die?

I decided to do some more research on this, and soon I was descending down a rabbit hole of male religious leaders mansplaining gender to the rest of the world.

Russell Moore, who is now the chief culture warrior of the Southern Baptist Church actually started off well. “We are not machines, to be reprogrammed at will; we are creatures,” he said, denouncing “the ancient heresy of Gnosticism, with the idea that the ‘real’ self is separate from who one is as an embodied, material being.”

Hear, hear! Maybe these guys are starting to make some sense.

He then lost me by stating, “Our transgender neighbors experience real suffering … the answers the culture and the Sexual Revolution-Industrial Complex offer can’t relieve that suffering.”

Of all the things Caitlyn Jenner thought she was representing by coming out as a transwoman, I’ll be she didn’t think she was now the poster girl for the “Sexual Revolution-Industrial Complex.”

The National Catholic Bioethics Center, a right-wing think-tank on issues of religion and medicine had this to say, “A person is the unity of soul and body, and ‘soul’ should be understood not as an immaterial self, but as that which makes the body be what it is, namely, a human person.”

Yes! Exactly! We are not embodied souls, but ensouled bodies! The material is essential to who we are as human beings. This has all kinds of positive implications for the experiences of gay people, women, and trans people, who must listen to their bodies and discern truth that goes against the orthodox teaching of the Church.

Then, down the page:

I get it, if only Caitlyn Jenner had been better at geometry, she wouldn’t have “become” transgender.

Next, I found the response of Salvatore Cordileone, Archbishop of San Francisco, who has been America’s leading Catholic voice against marriage equality. Predictably, he related all gender identities to marriage:

“It’s all the story of a marriage. God’s marriage covenant with Israel is fulfilled in the blood of Christ on the cross, establishing the new and eternal covenant between him, the bridegroom, and his bride, the church. This is because God has used marriage as the primary sacred sign of our relationship with him.”

So the “primary sacred sign” of the relationship to God is one in which priests can’t take part because they’re celibate, and the “Bride of Christ” can only be led by men. Got it.

He then went on to assert that changes in understanding of gender would lead to “child sacrifice, the worship of feminine deities, or the cult of priestesses.”

Next on Keeping up with the Kardashians: Caitlyn leads Kim and Khloe in the sacrifice of Kendall to their new deity Kris!

If none of these arguments sound convincing, it’s because the transcendental element of the human person is mysterious, and mystery doesn’t sit well with fundamentalists.

Tradition and scripture have given us all kinds of ways to look at the gendered soul.

For instance, along with the Church being thought of in feminine terms, part of the Medieval courtly love tradition thought of the soul as feminine, and Christ as a suitor who lures “her” into a kind of spiritual romance.

The Bible, particularly in the New Testament says all kinds of interesting things about gender. Contra the archbishop, Jesus make pretty clear that in the Kingdom of Heaven, people will neither marry nor be given in marriage. So what becomes of this “primary sacred sign” of our relationship with God?

And let’s not even get started on Galatians, where Paul says we may even transcend the various dualistic markers of identity, “neither Jew nor Greek , slave nor free, male nor female” in favor of a new identity in Christ.

What struck me as fascinating among these critics was the sudden interest in incarnation, and breaking down the longstanding Christian dualism between soul and body.

If only this sudden interest in the body represented a new incarnational theology. If only this was the beginning of seeing men’s bodies, women’s bodies, or trans bodies as having real spiritual value, not just as throbbing mounds of flesh with desires that lead us astray from the Truth. If only Christians saw Christ’s incarnation in the body of a woman not as a one-time-only union of body and spirit but as a revelation of the innate holiness of our bodies as theological instruments—that our bodies’ needs, desires, hurts, illnesses, abilities and disabilities may point us to a greater understanding of God.

But that’s not what Moore, Walsh, and Cordileone think about Caitlyn Jenner’s body. They think her body makes her a freak. They are the ones that are delusional, because they think trans people are somehow “confused” about the relationships between their bodies, minds, and souls. They seem to think of Caitlyn Jenner’s coming out and gender transition as brain surgery—like putting a female brain in a man’s body, or putting a man’s brain into a female body. It never seems to occur to them that Jenner is more than aware of her own body’s needs. What our bodies tell us about being male, female, queer, trans, or any other gender identity deserves to be treated with respect, love, and perhaps even humility and awe as we discover the complex implications of being made in the image and likeness of God.

*Note: I use “transsexualism” here in its specific form to denote someone who goes through procedures like taking hormones or having gender confirmation surgeries so their body conforms physically to the gender they understand themselves to be. This is not to be understood as a “catch-all” term for trans people.