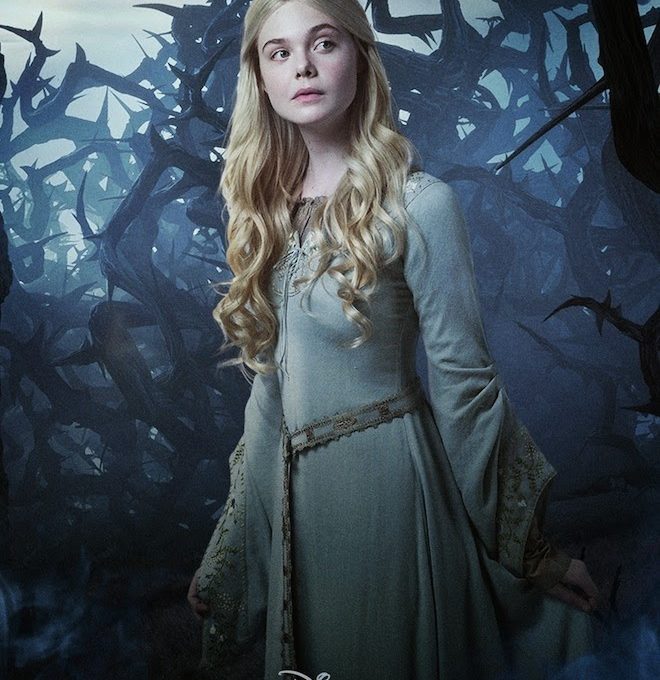 If an origin story is done well, it often gives us the opportunity to consider a familiar tale in a new light. The risk, however, is in the possibility of “corrupting” that story for legions of its most die-hard fans. Not surprisingly, this was never a danger for me with Disney’s Maleficent, an origin story of the Sleeping Beauty villain that I found simultaneously boring and intriguing.

Maleficent (Angelina Jolie), as a child, is a beautiful young fairy with large, powerful wings. She soars above her domain, the Moors, and interacts playfully with the creatures with whom she shares it. Next to the Moors is a kingdom ruled by a greedy king bent on expanding his empire, even as the peaceful residents of the Moors are content to live and let live. The young Maleficent falls in love with the human, would-be thief Stephan until kingdom aspirations draw him away. Stephan grows up and distant from Maleficent. After a failed invasion of the Moors, the king promises to name as his successor the man who defeats Maleficent. Stephan (Sharlto Copley) reunites with Maleficent, poisons her, removes her wings, but does not kill her. Stephan becomes king and has a daughter, Aurora. On Aurora’s christening day, Maleficent appears and places a curse on her. She will prick her finger on the needle of a loom before her 16th birthday and fall into a deep sleep only to be awakened by true love’s kiss. The king sends his daughter into hiding under the care of three pixies until the day after her 16th birthday. Eventually, Aurora (Elle Fanning) returns to her father’s castle and inadvertently plays into Maleficent’s curse.

Unfortunately, I found much of the film to be a bore. With the right part, Jolie is certainly a captivating actress, and there seemed to be much to look forward to with this pairing. However, all of the performances felt flat and uninspired. There were a couple of shots in which the elements of makeup, costume, lighting, and staging combined to create a classic, animated Disney effect, but these were too few and far between. Despite these disappointments, there were a couple of elements to the narrative that added a twist to the story that I found oddly compelling. SPOILERS FROM HERE ON OUT.

Unlike the Maleficent of Sleeping Beauty, the character here is much more complex. At the beginning of the film, the narrator says that the people of the kingdom have been waiting for either a hero or a villain to unite them. I was reminded briefly of Tony Campollo’s assertion that a movement can survive without a leader, but not without a devil. Even though the king demonized Maleficent and the other inhabitants of the Moors, Maleficent only becomes a villain to the kingdom after she has been victimized by Stephan and pronounces the curse on Aurora. Taking refuge in the Moors, Maleficent turns it from a place of beauty to one of gloom. However, as the film progresses, she becomes the hero, breaking the curse that she initially placed on Aurora (more on this below). As such, Maleficent is both hero and villain, victim and violator. As we all are. I find this to be a more realistic portrayal of villainy than most cartoon representations. NOTE: I am well aware of some fans’ hatred of this narrative shift and the thematic changes that follow, but I think it’s more of what we need in such stories today.

Second, Maleficent only places Aurora under a curse because she has been spurned and disfigured by her own former “lover.” Therefore, in her mind, true love cannot exist. Like so many of us, Maleficent paradoxically particularizes and universalizes her own experience, e.g. true love looks specifically like this, and because it doesn’t exist for me, it doesn’t (or cannot) exist for anyone. Yet a funny thing happens to Maleficent as the film progresses. She hovers around Aurora, secretly helping the pixies care for her as both an infant and a young girl. Something of a cold friendship develops between Maleficent and Aurora as she becomes a teenager, and Maleficent begins to regret the curse she placed on her. She tries to withdraw it but cannot. When Prince Phillip (Brenton Thwaites) makes his ultimately pointless arrival on the scene, Maleficent is confident that his “meet cute” with Aurora translates into true love. When the pixies force Prince Phillip to kiss the sleeping Aurora, nothing happens. Saddened at the possibility that all is lost, Maleficent bends down, kisses Aurora on the forehead, and breaks the spell.

It might be trite if it weren’t so damn important, but here we have an image of what it might mean to love our enemies and those who seek to harm us. Unaware of the condition in which Maleficent has placed her, Aurora grows up loving Maleficent as a fairy godmother. It is this reaction that begins to melt Maleficent’s cold heart and causes her to give love in return. Of course, as in most films like this, the message is mixed because Maleficent extends no such emotion to King Stephan.

Nevertheless, these two narrative twists go hand in hand. It’s far easier to love someone, to be in relationship with them, even when they appear to be our enemy, if we realize that they, like us, have both hurt and been hurt by others. While Maleficent lacks some of the charm and whimsy of the original Sleeping Beauty, this origin story with a twist opens up a classic fairy tale for places of reflection that its predecessor lacks.

Maleficent (97 mins.) is rated PG for sequences of fantasy action and violence, including frightening images, and is in theaters everywhere.