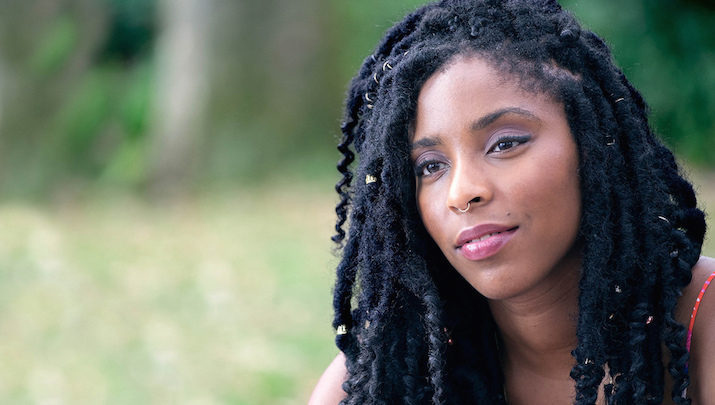 I missed The Incredible Jessica James at festivals earlier this year, so I’m glad it’s now streaming on Netflix, where it’ll be one of the best new indie films on offer. If you’re a fan of Jessica Williams’ work on The Daily Show, then you’ll love her even more here.

The Incredible Jessica James is a slice-of-life dramedy that follows James through her day-to-day life in “outer, outer, outer” Bushwick. She’s an aspiring playwright, who pays her cheap rent by working at a non-profit theater company for kids. She endures multiple rejections, first by her boyfriend Damon (Lakeith Stanfield) and then by a multitude of theater companies to which she applies for a residency position. One bright spot in her life is a new love interest, Boone (Chris O’Dowd), who she meets through her best friend (Noël Wells). But Boone has some baggage of his own. Despite their blooming romance, like Jessica, Boone can’t shake his feelings for his ex.

Written and directed by Jim Strouse, The Incredible Jessica James hits pitch perfect notes with its blend of comedy and drama, fueled in large part by Williams’ and O’Dowd’s performances. Beneath both their witty banter and her defenses lie a tender vulnerability, which is the heartbeat of the film. It’s a characteristic of Stanfield’s presence as well. Strouse sensed Williams’ strength for the bigger screen:

At the risk of putting too fine a point on it, it’s no small thing that Strouse wrote this film specifically for Williams and saw it through. And, more than that, her character is one of the more realistic and complex characters we’ve encountered in recent rom-coms. Like many of her peers, Jessica is discontent, searching for some outward affirmation or sign of acceptance that will signal her “arrival.” An encounter with one of her idols–a sister playwright–forces her to realize that what she’s been searching for has actually been in front of her all this time. Thankfully, this has little to do with her love live, and more to do with her grit and determination to make it–her willingness to persevere through the countless rejections–and her service to others, namely the kids in her theater program. A lead female character who is not completely and totally obsessed with her own drama, Jessica turns her struggles outward to help a younger generation find their voice.

Yet all of this isn’t to imply that relationships don’t matter. They just matter differently in The Incredible Jessica James. Boone doesn’t “complete” Jessica, but he does empower her. While Jessica “makes it” on her own, she takes advantage of Boone–in the most neutral sense of the phrase–to make reaching her goals all the more memorable. And isn’t that what we want most in a partner, someone to make the journey even sweeter?

The Incredible Jessica James (85 mins) is now streaming on Netflix.