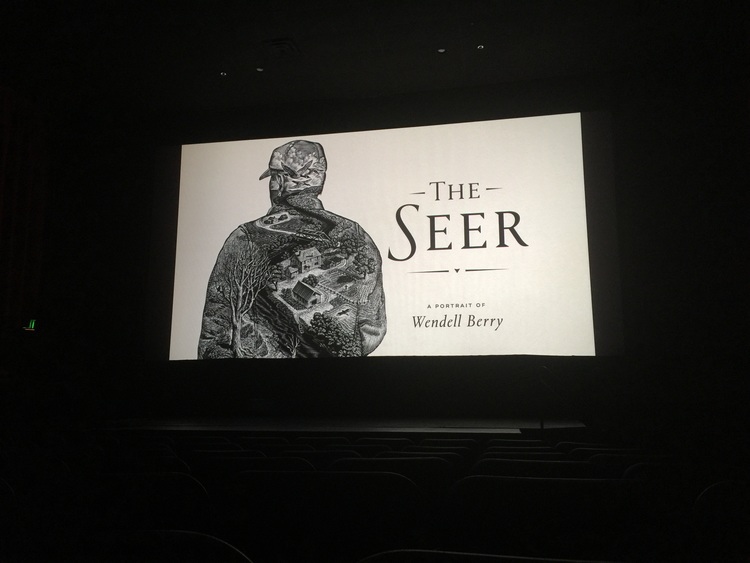 When I saw Wendell Berry’s name in the subtitle of The Seer, a documentary that premiered at SXSW this week, I immediately put it on my schedule. I knew it would be, if at all reflective of his work, deeply thoughtful and provocative. I didn’t expect it to be so beautiful and mesmerizing.

Director Laura Dunn divides The Seer: A Portrait of Wendell Berry into chapters–themes really–around Berry’s life and work. And because it’s not just a chronology of his life, it’s even more engaging. The film considers Berry in all of his roles (explicitly and implicitly) as father, farmer, writer/poet, and prophet. In doing so, it reveals that his signature achievement really is that, with the world at his fingertips, he chooses to settle on a small farm in rural Kentucky to make his life. From there, he sets his sights on working the land and cultivating culture. 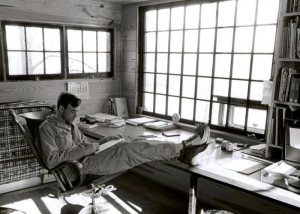 Dunn’s work benefits from interviews with not only Berry’s wife Tanya and daughter Mary, who are both in their own ways spreading the Berry gospel, but with interviews with neighboring small scale farmers. As such, the film is both a reflection on Berry and an indictment of the transition from family farming to the big business that now defines agriculture in the United States. And it’s a transition that echoes in other industries and walks of life as well. It’s a transition from the valuing of community and meaning to the elevation of capital and profit above all else.

The Seer shines a light on the intelligence and artistry of farming and the value of the connection to the land and of the stewardship of it that most of us have lost. It reveals the ways in which these farmers–perhaps even more than academics–have influenced Berry’s life and work. The film ends on a note of hope and optimism that is so vitally important, but not naive. Farmers can and are “fighting” back against the system, meeting a growing demand for local/organic/sustainable products that embody a re-evaluation of our agricultural, culinary, and communal responsibilities and priorities.

Executive produced by Robert Redford and Terrence Malick, The Seer boasts stunning cinematography from Lee Daniel. It is a quiet, meditative film that, like Berry’s writing, demands and will reward repeated viewings.

Follow theseerfilm.com and @TwoBirdsFilm for more information on future screenings and theatrical releases.