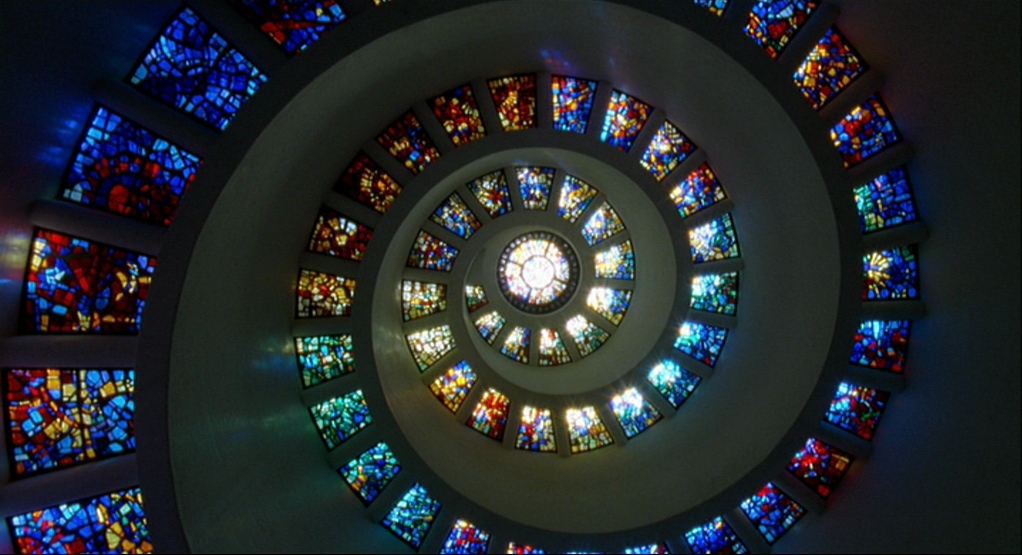 After some technical difficulties and a “tree of life” experience of my own, I can finally post my and Richard’s conversation about/review of Terrence Malick‘s The Tree of Life, one that will certainly qualify for 2011’s most spiritually significant film of the year and, perhaps, of this next decade.

Ryan: I think we could go on for pages and pages about the spiritual/theological/religious/philosophical/ psychological implications of The Tree of Life. So for the Twitter crowd, let’s try to focus on a couple of the major themes.Where to begin? Let’s begin at the beginning. One of my favorite bits of religious film history has to do with Dino De Laurentiis‘ attempts to film the entirety of The Bible. A fool’s errand no doubt, which resulted in only the first 23 chapters of Genesis in a rather dull film. Like De Laurentiis and John Huston, Terrence Malick gives us his vision of the origins of creation but it is much more complex and far less campy. We don’t hear God speak nor do we see mankind being fashioned out of the dust of the earth. Malick’s vision is an evolutionary one, although one that skips over millions of years of “progress.” Yet he dares to envision portions of it in the first place, which I find extremely admirable. At the same time, it lends a weight and a gravity to the film that most other coming of age or family drama films lack (and make no mistake, at it’s heart, that’s what I think The Tree of Life really is). It’s just much more theologically and philosophically so. But the family and internal conflict of the characters plays out against the backdrop of the entirety of creation. As such, I think there’s a bit of attitude to the opening verses that he chooses, Job 38: 4, 7, “Where were you when I laid the earth’s foundation, […While] the morning stars sang together and all the angels shouted for joy?” As important and powerful as the questions that the characters continually voice, one perspective of the film is that ultimately they do not amount to anything in the great span of creation’s history. On the other hand, they could be seen to be of the utmost importance, the signal of our progressive evolution…our ability to communicate with the creator. I’m interested in both your views of Malick’s “scenes of creation” and their juxtaposition to the family drama that takes place around them.

Richard: This film made that verse from Job sound more compassionate to me. It seems to place all of our tiny but personally important struggles in the great pageant of Creation. After all, where were we at the dawn of the universe? Existing. Not in our current form, but present nonetheless in the form of atoms and molecules.

For the sake of explanation, the film begins with a family tragedy sometime in the 50’s or 60’s, then the reflection on that tragedy by one of the grown up sons of the family (Sean Penn). We then return to the Dawn of Time, progress through a nutshell account of evolution, and wind up back with the family in the late 40’s or early 50’s when the three boys of the family are young. We then watch the coming-of-age of the oldest boy, Jack (who will become Sean Penn), through the perspective of his relationships with each of his parents, Mr. and Mrs. O’Brien (Brad Pitt and Jessica Chastain) and the middle brother. (We don’t get much about the youngest kid, for some reason.) The dialogue is sparse, mostly overheard or spoken in the characters’ minds. Much of the speech seems to be in the form of questions posed to God.

In the midst of all this, Malick and his photographer Emanuel Lubezki capture leaves of trees, grass, and seaweed; patterns of light on concrete, through glass, through water, through hands and fingers held against the sun; buildings of steel, wood, and stucco; patterns of birds in flight; jellyfish, snakes, and, perhaps controversially, dinosaurs; and a vast ballet of stars and nebulae. This is accompanied by music from composers including Mahler, Respighi, Holst, Bach, Berlioz, Smetana, Tavener, Górecki, and many others both classical and modern. I felt like I was reflecting on the iconography of the Cathedral of the Universe.

The performances are achingly lifelike–except for Penn, who is just too distracting of a star to play a nearly silent part in which he’s not allowed to develop as a character. International superstar Brad Pitt, however, vanishes into his role as the disciplinarian father. His buzzed hair, jutting jaw, the cut of his clothes, even the way he carries himself, are an encapsulation of the mid-Twentieth Century men that are so many of our fathers and grandfathers. He loves his kids and his wife, struggles to feed them, feels frustrated and unfulfilled in his work, and doesn’t have a speck of emotional intelligence to save him. It’s interesting that watching this film, which in some parts is as grand as 2001: A Space Odyssey, led you and me to talk about such personal details as parents and grandparents, lawn mowing stories, childhood, and growing up. I suspect this film will have that effect on a lot of people.

As you and I discussed, it seems the film creates a sense of this suburban or small town world as a kind of Eden. The Tree of Life is in the middle of Eden, and we continually return visually to the tree in the family’s yard as a reminder of that. But as the film unfolds, there are these subtle losses of innocence. My initial impression was this film represents the beginning of the Baby Boomers’ long, self-absorbed slide into old age and death. I still think there’s an element of that here. But the film also exposes the lie of iconic 50’s America. What are your thoughts?

Ryan: Speaking of navel gazing, Brad Pitt’s character is a lesson in missing the point. At the beginning of the film, the mother narrates, “We were told there were two ways of life, the way of Grace and the way of Nature.” Grace sees beauty in and loves everything. Nature is self-serving and often frustrated. The film progresses with these two paths, although one could argue, based on the film, that the two ways are actually Law and Grace. The mother walks the path of grace whereas the father walks the path of nature. He finds beauty in art, architecture and music but misses it in nature, especially his own children. Rather than embracing of their unique spirits and natures, he forces them into a mold to which he can’t even fully adhere, a lot of which is a legalistic obsession with “acting right.” This is a point you bring up and one of the things I appreciate in films (and television programs) like this. I’m a big fan of cutting through idealistic, romanticized notions of the past, particularly the recent American past. There never were any good ol’ days nor will there likely ever be…this side of the afterlife. Speaking of which, The Tree of Life also makes a concession to the existence of an afterlife. What did you make of it?

Richard: I was disappointed with the conception of the afterlife. Sean Penn ends up with his boyhood self and his family hugging, holding hands, standing on a beach. There are other families around them who seem to be reuniting as well. This was confusing, even in the dreamlike atmosphere of the film, because we have the grown-up man, but his family is still of the age they were in the movie sometime back in the 50’s. And this reuniting on the beach is a fairly uncreative depiction of an unoffensive afterlife. In fact, I think it’s been done before, maybe in Longtime Companion and some other films.

And after all the glory of Creation is spelled out, it would have been nice to see what happens to the vast story of existence, not just to this one family. It would have been funny if suddenly Malick had gone evangelical and thrown in the Rapture or something. But there are lots of interesting ideas of what could happen to creation besides that–from the scientific notion that the sun will become a supernova and incinerate the solar system, to some of Teilhard de Chardin’s ideas about the Omega Point. Malick could have ended with another Bible quote, like Matthew 28:20: “Behold, I am with you always, even to the end of the age.” But then again maybe that might have been too sectarian.

Ryan: I agree. I think, growing up, that I far too often personalized the afterlife…as if it was just all about me and my family and friends. I still think a conservative element of Christianity does this to a large extent. What I appreciate about theologians like Jurgen Moltmann and others is that the afterlife, the kingdom of God fully realized, is about the resurrection and salvation of the cosmos. From a human perspective, this is practically inconceivable, certainly in cinematic terms (although, ironically, I believe this medium and technological advances in it, give us the ability to approximate it). However, most filmmakers seem content to concentrate on the personal rather than the cosmic or the universal…even Malick who did such a fantastic job employing special cosmic effects at the beginning of the film. I think many people might have had similar frustrations with Eastwood’s “personal” glimpse at the afterlife in Hereafter.

Richard: My final thought on this film is about how we learned in some of our film classes that the Hollywood melodrama was a means of taking difficult social issues and dealing with them through domestic situations. Malick may have created something new here: the cosmic melodrama. The entire history of the universe and all the deep questions of humanity are filtered through the life of this family. The range from absolute awe to intimate feeling it creates is certainly unlike any film I’ve ever seen.

The Tree of Life (138 mins.) is rated PG-13 for thematic material and is in select theaters nation-wide.