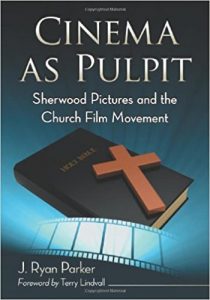 Cinema as Pulpit: Sherwood Pictures and the Church Film Movement

Sherwood Pictures, the filmmaking ministry of Sherwood Baptist Church in Albany, Georgia, is the leading producer of church-based, independent Christian films. Cinema as Pulpit situates their work in the history of religion and film in America and shows how they bring to fruition early 20th century Protestant expectations for the use of film in the life of the church and their hopes for a vibrant Christian film industry. At the same time, it offers another examination of the relationship between conservative evangelical Protestant Christianity and the wider popular culture. 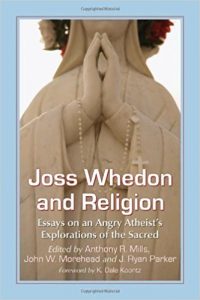 Joss Whedon and Religion: Essays on an Angry Atheist’s Exploration of the Sacred

A collection of new essays on the religious themes in, and the implications of, the works of Joss Whedon, creator of such shows as Buffy the Vampire Slayer, Angel, and Firefly, and, The Avengers. The essays address such topics as ethics, racism, feminism, politics, witchcraft, spiritual transformation, identity, community, heroism, apocalypse, and other theologically significant themes of Whedon’s creative enterprises. The disciplinary approaches vary from history, theology, philosophy of religion, phenom­enology, cultural studies, and religious studies. 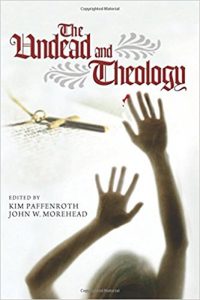 The Undead and Theology

The academy and pop culture alike recognize the great symbolic and teaching value of the undead, whether vampires, zombies, or other undead or living-dead creatures. This has been explored variously from critiques of consumerism and racism, through explorations of gender and sexuality, to consideration of the breakdown of the nuclear family. Most academic examinations of the undead have been undertaken from the perspectives of philosophy and political theory, but another important avenue of exploration comes through theology. Through the vampire, the zombie, the Golem, and Cenobites, contributors address a variety of theological issues by way of critical reflection on the divine and the sacred in popular culture through film, television, graphic novels, and literature. 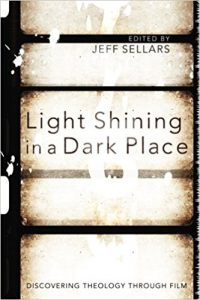 Light Shining in a Dark Place: Discovering Theology Through Film

In Light Shining in a Dark Place, Jeff Sellars has drawn together more than a dozen scholars around the theme of discovering theology through the moving medium of film. The varied contributors in this collection explore, through their particular lenses, how theological ideas might be seen in and considered through one of the most popular of modern art forms. From subjects of sin, grace, and forgiveness to violence, science fiction/fantasy, and zombies, Light Shining in a Dark Place assists the theologically interested film viewer in tracing the light that might be found in the filmic arts back to the source of all lights. Contributors include: Bruce L. Edwards, J. Sage Elwell, Michael Leary, Peter Malone, Kevin C. Neece, Simon Oliver, Kim Paffenroth, J. Ryan Parker, Travis Prinzi, Megan J. Robinson, Scott Shiffer, James H. Thrall, and Alissa Wilkinson. 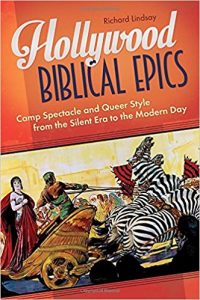 Hollywood Biblical Epics: Camp Spectacle and Queer Style from the Silent Era to the Modern Day

This is the only book of its kind to explore biblical epics from an LGBT perspective, studying films from the silent era, to the postwar major studio era, to the present day. It considers pre-code films, production code films, and films under the modern MPAA ratings system, and explores the relationship between biblical content and camp.