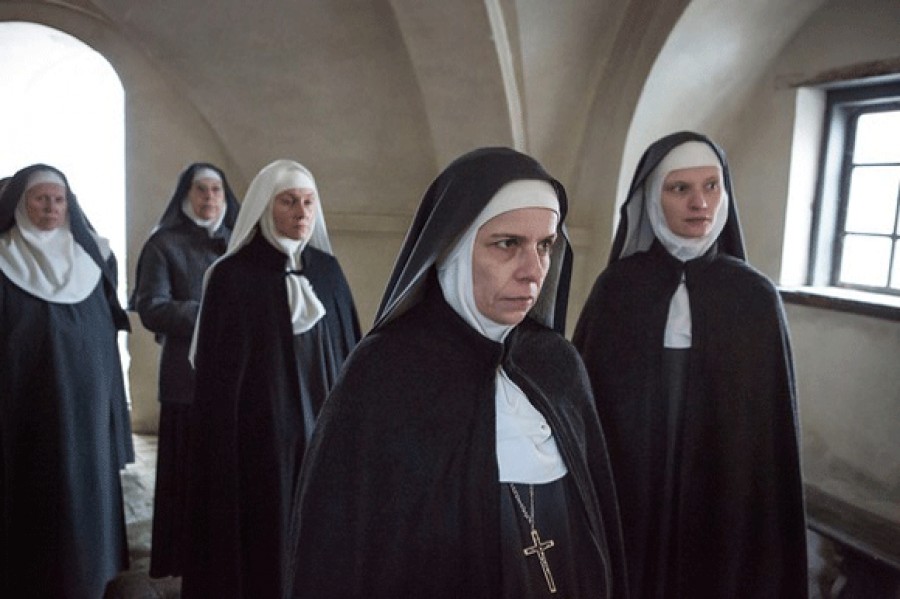 “Faith is twenty-four hours of doubt with a minute of hope.” –Sister Maria

Based on true events, Agnus Dei chronicles a convent of nuns in post-war Poland. When several of them suddenly show signs of being pregnant, a Red Cross doctor, Mathilde Beaulieu (Lou de Laage), arrives to assist with the births. In the process, she learns of the tragedy that has befallen this religious community and the lengths to which its members have gone to protect their secrecy and integrity.

Agnus Dei will certainly be one of my favorite films—if not the favorite—of Sundance and, with the right team around it, should be a front runner for Best Foreign Language Film at the 2017 Oscars. It’s a near perfect film with restrained, yet powerful, performances, direction that allows the narrative to unfold in truly revelatory ways, surprising humor, and cinematography that begs translation into still photography. de Laage is captivating and demands a place alongside other European acting sensations like Juliette Binoche and Marion Cotillard. 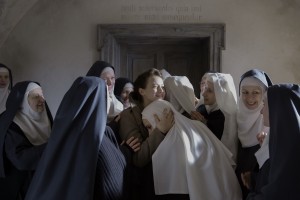 Director Fontaine treats “the religious” with great respect, and her latest film should skyrocket to the top of the list of best films in the genre. Even as she calls attention to one of the more shameful actions on behalf of one of its adherents, recalling Philomena in the process, she honors the quiet faith and perseverance of the young women that take these vows. Agnus Dei shows that, as in the world outside its walls, life in a convent is a mixture of good and evil, of individuals trying to do their best in the face of tragic circumstances. Mathilde and Mother Superior serve as effective foils, both of whom try to help the nuns around them in the best (and only?) way they know how. While Mother Superior talks about “damning” herself to save them, Mathilde puts herself in great danger to care for these confused and frightened women.

Unlike so many religious films, Agnus Dei reaches a redemptive, hopeful conclusion that feels completely authentic. It is one in which the best of the church and the world address the weaknesses of the other, healing themselves in the process. Mathilde and Sister Maria arrive at a life-giving conclusion that protects the integrity of the nuns while meeting the needs of the community around them. At nearly every moment, Agnus Dei is that rare, transcendent film of beauty and integrity that should be cherished for generations.