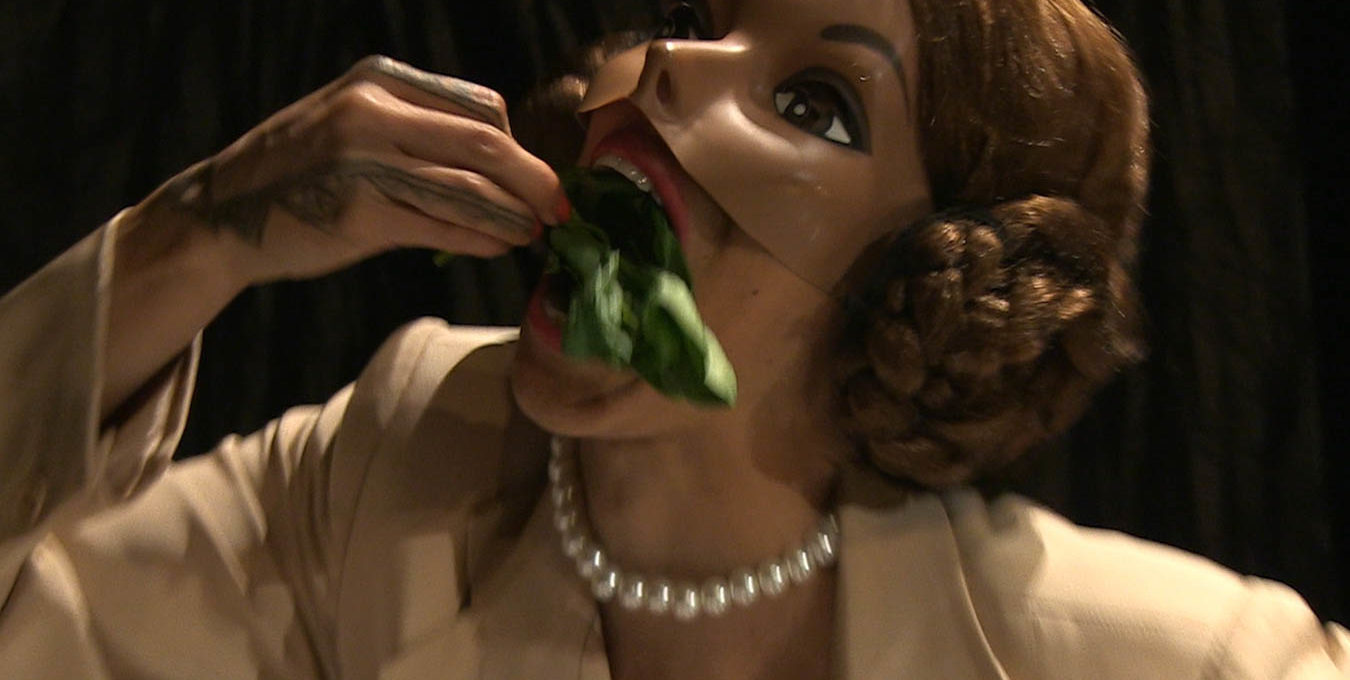 On its own, Narcissister’s work might be too shocking for some viewers. In one performance, dressed as feces, she pushes herself out of a large anus. In another, she reenacts her own birth, falling to the floor out of a large vagina. The hybrid performance/documentary film Narcissister Organ Player includes excerpts of these stage performances, but it intercuts these with extensive home video footage of conversations with her mother. The rest of the film’s audio is composed, almost exclusively, of Narcissister reflecting on her mother’s upbringing, life, and their relationship with each other. The result is a beautiful and moving reflection on a host of themes from family dynamics to gender to sex(uality).

To be sure, Narcissister’s work stands on its own: an indictment of so much of our culture and the oppressive places in which women find themselves. But it is also deeply personal: the embodiment of personal, complex family histories in masked, erotic performances. Paired with these reflections and family videos, it takes on added depth, beauty, and meaning. Drawing a thread from her work back to her mother’s experiences of giving up a career in academia to pursue other spiritual interests and family responsibilities–and further back to her mother’s childhood in Tangiers–Narcissister weaves a beautiful tapestry that is juxtaposed to her shocking stage performances.

Organ Player certainly isn’t a film for everyone. But for viewers and communities interested in exploring themes of bodies, body image, sex(uality), gender representation, and the ways in which film, theater, and art can make unique contributions to these discussions (here, film’s ability to contain past and present in a single image or sequence is particularly effective) will find much to unpack.