This week, we look at three (relatively) new comics, two of which (Black Panther and Renato Jones) are timely series that tackle issues of race, justice, and economic (in)equality in different but provocative ways. The third is an over-the-top, gore-filled guilty pleasure. 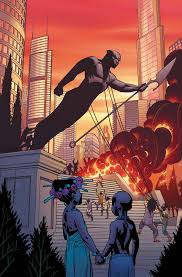 In the second issue of his Black Panther series, Ta-Nehisi Coates is still building out his version of Wakanda, the political realities that are leading to instability there, and his characters’ backstories. Thanks to great artwork from Brian Stelfreeze and Coates’ writing–which verges on the poetic–it never feels boring. Coates is asking some big questions that often appear in superhero narratives, but they feel fresh here. What does it mean to lead and to exercise power as a leader? How do the powerless bring the powerful to justice? The answer to the latter might lie in T’Challa/Black Panther’s nemesis, Zenzi, who he refers to not as a “beguiler, but a revealer, [someone who brings] out of us all the awful feelings that we have hidden away and makes them manifest.” Black Panther #2 concludes with sweeping vistas, both spiritual and narrative. 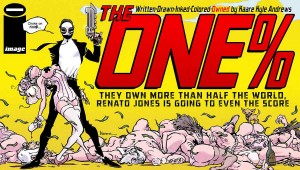 What if Bruce Wayne turned his power as Batman not only the thugs of Gotham, but his super-rich peers? This is, essentially, the premise of an exciting new series from Image Comics, Renato Jones: The One%. Renato was born to a wealthy family (poor little rich kid), but mysteriously disappeared as a child. When he returns, he survives the betrayal of his guardian aunt and falls under the care of Church, his own Alfred. When he receives his family’s fortune, he set out to blend in with the one-percenters. But rather than enjoying the good life, he punishes their wickedness, which has resulted in the destruction of countless lives. This is a timely comic that feels like prophetic hyperbole, speaking a fantastically violent truth to power. It will be interesting to see if it’s just a serial killer series with a new victim each week or if there’s a more consistent narrative thread.

And now, for something completely different… 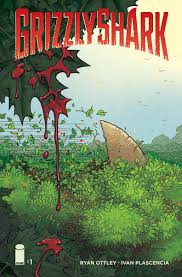 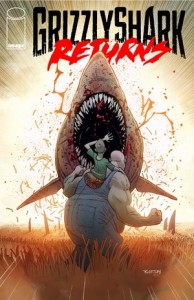 The title alone makes it worth the read, right? Think Sharknado, but funnier and gorier by the bucket-loads. A team of “rednecks” try to outwit a school of sharks that swim through the trees and attack at the faintest scent of blood. I mean, just look at this! 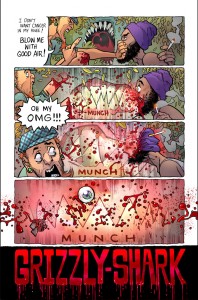