When compared to friends and fellow writers C. S. Lewis and J. R. R. Tolkien, Charles Williams seems like an unknown. It’s a shame because I’ve always found his novels—also full of supernatural elements—to be more thoughtful and thought-provoking (theologically and spiritually) than Lewis’ or Tolkien’s. Thankfully, Williams has finally received the attention he and his work deserves in the form of a fantastic new biography, Charles Williams: The Third Inkling by Grevel Lindop.

Williams (born Sept. 29, 1886 & died May 15, 1945) grew up poor in the Holloway burough of London. He never finished college, but would go on to lecture at Oxford and count the likes of Lewis, Tolkien, T. S. Eliot, and Gerard Manley Hopkins as friends and admirers. Lewis once wrote to Williams, “’I begin to suspect that we are living in the “age of Williams” and our friendship with you will be our only passport to fame. I’ve a good mind to punch your head when we next meet’” (282). Williams paid the bills (which was often a struggle) through a life-long career as an editor at the Oxford University Press’ London office. He was also a poet, playwright, novelist, and critic. Though a devout Christian, he dabbled in a variety of spiritual/magic/cultish practices and communities that would no doubt scandalize many of his fellow Christians today. Of course, this was all due to a healthy religious upbringing. Lindop writes, “Walter [Charles’ father] made sure that the children were given alternatives to religious dogmatism and learned to treat history’s radical skeptics with respect. […] Charles himself had no doubts. But, from childhood on, he was well aware of the case against Christianity” (11).

Lindop’s book is an accessible, well-researched, and entertaining read, which will most likely appeal primarily to the most avid literary biography fans and devotees of Williams and the other Inklings. His countless hours spent immersed in Williams’ creative work, letters, and criticism make it feel like, at times, that Lindop actually interviewed Williams at length about his life and work. Lindop gives most of his attention to Williams’ poetry, which leaves relatively little room for in-depth analysis of his novels. However, his unflinchingly honest depiction of Williams’ life reveals the numerous ways in which he was working out his religious, spiritual, and sexual conflicts in these books. 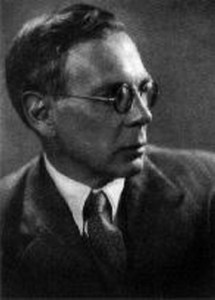 And it is Williams’ sexual proclivities that are especially surprising in this biography. Throughout his life, though Williams was married and had one son, he conducted a series of “affairs” with several younger women, most of whom were co-workers or fans of his work, and all of whom were transfixed by his personality. Although they don’t seem to have included sexual intercourse, they could best be summed up as sado-masochistic exchanges. These relationships were not purely physical for Williams, as he genuinely believed that sexual energy (the transmutation and denial of it) could be an avenue to the Divine. Lindop references Williams’ letter to an injured love interest: “He tried to aid Phyllis’s recovery by magical means. Early in her stay at the Westminster he told her, ‘I abandoned an instinct to masturbate last night so that I might offer the strength to you in God. And that, dear Celia, was that.’ There could be no clearer indication that he viewed sexual energy as a force that could be transmuted for chosen purposes” (178).

Another important theme to Williams’ life and work was his idea of substitution or co-inherence. Inspired by Paul’s admonishment in Galatians 6:2 to “bear one another’s burdens,” he believed that people should (and could) literally do this. This would not only be a central theme in his novels, but he would practice this in his daily life, even forming a religious order of sorts in which members followed this as one of their core beliefs. For Williams, Lindop writes, “[…] co-inherence represented the insight that we all inhere in one another: we are profoundly interdependent, we are what we are because of one another; we are inseparable form others, and from God” (292). This has great bearing on our understanding of our place in the world. Lindop continues, “[Williams] speculated that when we suffer, it is perhaps so that some other may benefit. When we are happy, someone else, perhaps quite unknown to us, has earned our happiness for us by their pain or effort. We live, quite literally, from and in one another; and all of us from and in God” (157).

Charles Williams: The Third Inkling (re)introduces readers to a first-rate Christian writer and thinker whose work feels just as prophetic and scandalous now as it did when it was first published decades ago. His understanding of the interdependence of all humanity is a much needed reminder in these divisive times.