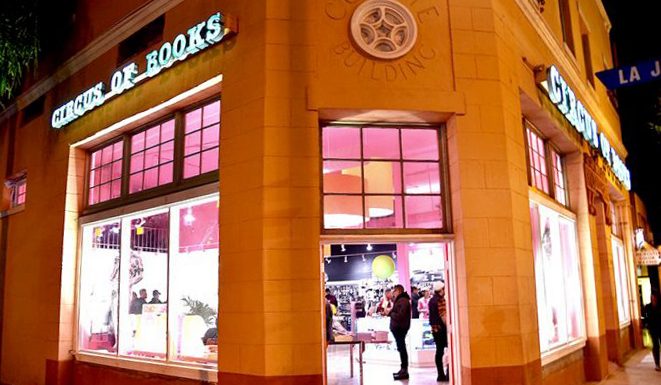 I first heard the story of this movie at a Shabbat dinner at the Slifka Center for Jewish Life at Yale. The word at the Div. School was that you had to go to a Slifka Shabbat at least once during your time at Yale. So in my last semester, a friend and I went there on a Friday night.

As Christians who had taken our Hebrew Bible courses, we enjoyed the ritual aspects of the evening, like the ritual hand washing (netilat yadayim), blessing the challah bread (hamotzi) and the wine (kiddush). After the prayers, we were treated to a dinner of matzo ball soup and baked chicken. The meal was served family style, which encouraged conversation with those around us. At our table we started talking to another grad student who was working on her MFA at the art school.

The subject turned to being religious and LGBTQ, which fit since my friend and I covered the first two letters of the acronym.

The woman said her younger brother who went to Columbia was gay, but that her traditional Jewish parents were having trouble accepting it, especially her mom. My friend and I nodded along, thinking we’d found a sad cross-cultural connection between Christianity and Judaism.

Well really, it was more complicated than that, because her mom and dad actually ran a bookstore, a really famous bookstore in West Hollywood, the largest gay neighborhood in the L.A. area. Had we heard of it? Circus of Books?

Turns out we were talking with Rachel Mason, who, sixteen years later, would release a documentary she wrote and directed about her family called Circus of Books, which is now streaming on Netflix.

The film presents Rachel’s parents and siblings as a typical Jewish middle-class family. Her mom, Karen, is the matriarch with a firm hand who doles out praise and criticism in equal measure. Her dad, Barry, is slightly goofy, an inventor and entrepreneur who dotes on his kids. Rachel and her brothers Micah and Josh go to Sabbath school, along with all the usual suburban kid activities like soccer and school plays.

Karen and Barry kept the details about the store’s business away from their three children. They didn’t even tell the kids when they were facing charges from overzealous prosecutors trying to nail them under anti-obscenity laws during the Reagan/Bush years.

This dual life was particularly difficult for Karen, who had been brought up in a conservative synagogue, and continued to be observant. She would never tell the members of her congregation what the family business was, and the children were instructed to say if anybody asked that “Mom and Dad run a bookstore.”

But Karen and Barry embodied the best of their values in the way they ran the store. They treated their employees, most of whom were gay, like extended family. This was particularly significant during the AIDS crisis in the 80s and 90s. Often it was Karen and Barry who looked after employees when they got sick, visiting them in the hospital when their own parents had rejected them.

In the film, Rachel Mason says she remembers several employees just disappearing, and the explanation was, “Oh, he died.” She didn’t realize until later that they had been lost to the plague.

As Karen says in the film, “It was a horrible time.” She adds, “I think what we did was small human kindnesses in a very small way.” Her humility downplays how remarkable that was, as human kindness was exactly what was missing during the AIDS crisis.

The store itself was a “ministry of presence” to the gay community. Prior to the internet, there were few places for queer people to meet besides bars. Gay bookstores were places where LGBTQ people could find education, information, and a sense of community in an era when none of these existed from mainstream outlets.

Considering what Karen and Barry’s business was, the biggest plot twist in the film—and in their lives—was the difficulty they had accepting their youngest son, Josh, when he came out as gay.

In the film, you see young Josh in family videos and photos striving at gymnastics, or doing his homework, or practicing for his Bar Mitzvah, and trying to do it all perfectly. He is the model of gay youth named by Andrew Tobias as “The Best Little Boy in the World.” Seriousness and maturity beyond his age are his survival strategies for distracting the family—and even himself—from noticing he is gay.

Adult Josh tells Rachel in his on-camera interview that when he came out to their parents during a break from college, he had his bags packed and return plane ticket booked for the next day in case they threw him out of the house.

This information pulls Rachel up short and she starts to tear up. Josh, ever the caretaker, asks, “Are you okay? Do you want me to ask the questions?

Rachel asks Josh, “Why do you think mom had any issue whatsoever, when she was so deeply in this world?”

Josh responds, “Everything about the business was really in support of family, ironically. The gay part of that fell on the business side of that mental dividing line.”

His mom admits she thought his being gay might have been God’s punishment for the family business.

Karen Mason had to find out what so many parents learn, that whatever their tolerance for sexual and gender variance, it’s a completely different story when it comes to your own kids.

Fortunately, Karen was willing to challenge her beliefs, taking classes and reading books that opened up different ways of understanding scripture and her faith. She also had help from that organization that has saved so many families, PFLAG, which provides education and support to parents of LGBTQ kids.

She now leads workshops for PFLAG and marches with them in the Pride Parade. “We’re big shots at PFLAG” Barry says, half-jokingly.

Having heard the story from Rachel Mason at Shabbat, I visited Circus of Books in 2010 when I was in L.A. on a research trip. By that time the store was something of a gay museum. I found the “legitimate” books to be the most interesting: used books ranging from film reviews by Pauline Kael to Ansel Adams coffee table books to classic gay memoirs like Becoming a Man by Paul Monette. They had a section of old beefcake magazines from the 60s like Physique Pictorial. In the religion section they had books from several queer religious authors, and, weirdly enough, a copy of the Catholic catechism.

The used books and magazines were often trade-ins from the store’s West Hollywood clientele, in some cases the remaining worldly goods of those who had died during the AIDS years. Some of them had the worn appearance of volumes that had been read many times, suggesting their sacredness to past owners. I bought a couple of used books and a few of the beefcake magazines. I left with these holy relics under my arm feeling like I had just looted a shrine.

Circus of Books closed because the internet took over both sides of the business—the gay erotica and the retail book sales. By the end of the film, Karen is signing autographs for customers buying the last items in the store. “Well, I always like to be anonymous,” she says, “but at this point I’m pretty public about it.”

Karen’s coming out as the co-owner of Circus of Books reminds us that parents of LGBTQ kids have a coming out process, too. They have to judge how much to share about their children’s lives and partners with family and friends. They have to decide if they should “out” themselves when somebody starts mouthing off about same-sex marriage or gender-neutral restrooms. But perhaps the hardest part, as it is for any parent, is letting go and letting their kids live their lives.

“Your children have their own path, and you can’t direct it. You can only take them the first few steps on their way,” Karen says, sharing her hard-earned wisdom. “You just always think you know what’s best, and you’re wrong. Parents are only smart for a small window of time.”