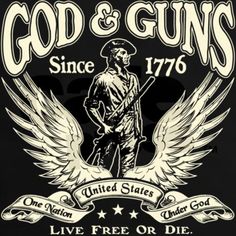 Again, we find ourselves in national mourning for horrendous loss of life caused by a man with a grudge and too-easy access to military-grade weapons. The loss is unfathomable, but not unexplainable. We continue to live in a gun-sick society. There is still a pervasive American belief that honors excessive gun “rights” at the expense of the health and safety of our people.

I have hope for the future, if only because the demographics are in favor of stricter gun laws. The political will of the majority of Americans who do not own guns, and the majority of gun-owning Americans who want change, is becoming stronger. In terms of winning hearts and minds, as anyone who has been on social media over the last week can tell you, argument is not going to change this situation. Very few people are “reasoned” into changing their beliefs. What makes change is relationships and common appeals to values.

Many of my friends and neighbors who are adamant in asserting their rights as gun owners are also Christians, and consider defending their family or property to be part of their Christian commitment. Expressions of the American trinity of “God, guns, and family” are easy to find with a brief Google search. This form of patriotic, defensive Americanism is a religion unto itself, and forms a distinct branch of Christian identity. In the words I often hear, applied to both material goods and family, “I protect what’s mine.”

All of us people of faith do this kind of spiritual calculation. We adopt a hodge-podge of beliefs based on religious teaching, social influences, and personal experience. This is why the idea of a “pure” Christianity built on “literal” reading of the Bible is a myth.  There is no Christian lifestyle or reading of the Bible that isn’t affected by our own cultural lenses and 2000-plus years of interpretive history.

But just because the Bible cannot be read “literally” and applied directly in all aspects of our lives doesn’t mean there aren’t interpretations that make more sense than others. I pointed this out in my post on the San Bernadino mass shooting, that (the popular teaching of an exegetically-challenged minister in Montana notwithstanding) one obscure passage from Luke does not create a rationale for gun ownership.

I want to explore that idea a bit further, and make a bold suggestion: for a “Bible-believing Christian,” not only does the teaching of Jesus not explicitly support gun ownership, but it calls into question the idea of self defense entirely. This includes protecting one’s property, one’s life, and one’s family. In America, we may have the right to bear arms, but as Christians, we don’t have a “right” to defend ourselves at all.

As many biblical scholars believe there is a “preferential option for the poor” in Jesus’ teaching, it’s not surprising he warns his followers to be on guard against putting faith in material goods.

One of these teachings is the story of the rich young man who asks Jesus what he must do to attain salvation. In addition to following biblical law, Jesus tells him, “You lack one thing: Go, sell all you have and give to the poor, and you will have treasure in heaven. Then come follow me.” (Mark 10:21 ; Luke 18:22; Matthew 19:21). The man leaves Jesus, incapable of selling his possessions.

There are more stories like this, including the foolish man who builds bigger and bigger barns to store all of his grain and possessions, only to be told he is about to die (Luke 12:13-21). The story ends with the line, “So it is with those who store up treasures for themselves but are not rich towards God.”

The sayings of Jesus further expand on this theme: “Do not store up for yourselves treasures on earth, where moth and rust destroy, and where thieves break in and steal. But store up for yourselves treasures in heaven, where moth and rust do not destroy, and where thieves do not break in and steal. For where your treasure is, there your heart will be also” (Matthew 6:19-21; Luke 12: 33-34).

There is this beautiful teaching about letting go of worry about possessions, with its evocative nature imagery: “Consider the ravens: they neither sow nor reap, they have neither storehouse nor barn, and yet God feeds them. Of how much more value are you than the birds!” and “Consider the lilies of the field, how they grow; they neither toil nor spin, yet I tell you, even Solomon in all his glory was not clothed like one of these.” (Luke 12:22-32; Matthew 6:25-34). If you went to Bible camp in the 70s or 80s, you can probably even sing along to the conclusion to this passage: “Seek ye first the kingdom of God, and his righteousness; and all these things shall be added unto you.”

It seems that Jesus is continually trying to reorient his disciples away from “here, now, me, mine” kind of thinking and toward Kingdom thinking. What if your life is not just about the here and now, but is part of something larger? What if we and our fellow human beings—however lost and broken we might be—are really spiritual beings having a physical experience? This seems to place the idea of property, and what lengths we go to to defend it, in a much different perspective.

Kingdom thinking should profoundly disturb the idea of defending our possessions at the cost of human life. Even if you successfully defend your house by shooting an assailant to death, you’re still a killer. Whatever else happens, you must go through life with that knowledge, and face God with it as well.

Jesus warns about this: “Do not fear those who kill the body but cannot kill the soul; rather fear him who can destroy both soul and body in hell.” (Matthew 10:28; Luke 12:5).

I’m not a believer in a “fire and brimstone” kind of God, but I do think there are profound moral consequences for purposely taking another human life. I would think “bible-believing Christians,” who are more likely to believe in literal and eternal heaven and hell, would take these moral consequences even more seriously. Imagine yourself having to stand before Christ and saying, “Yeah, I killed him, but he was about to take my TV.”

This post has been about the use of lethal force to protect property. But what about protecting family? I’ll get to that next. 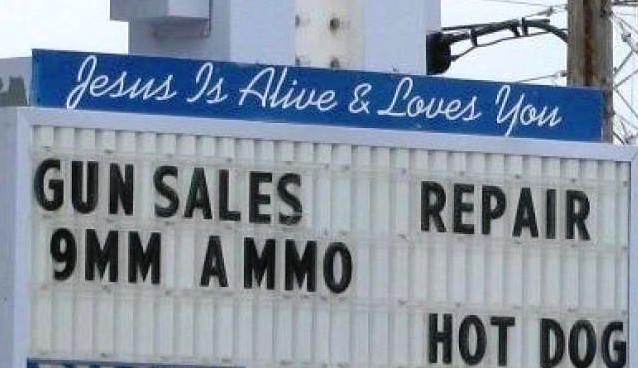