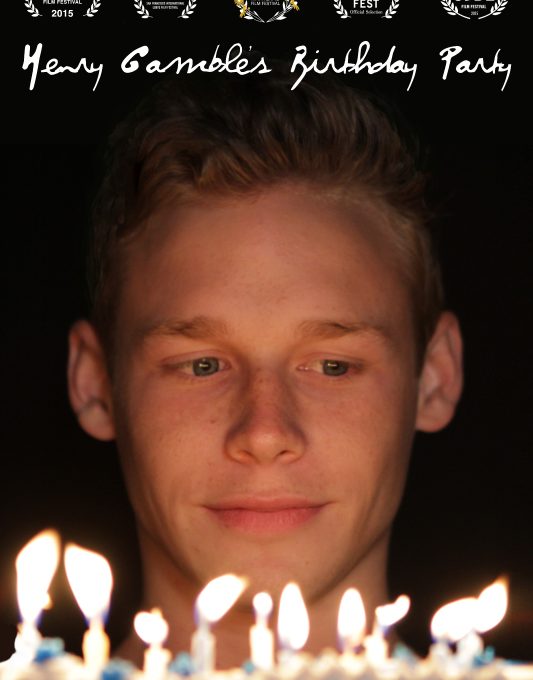 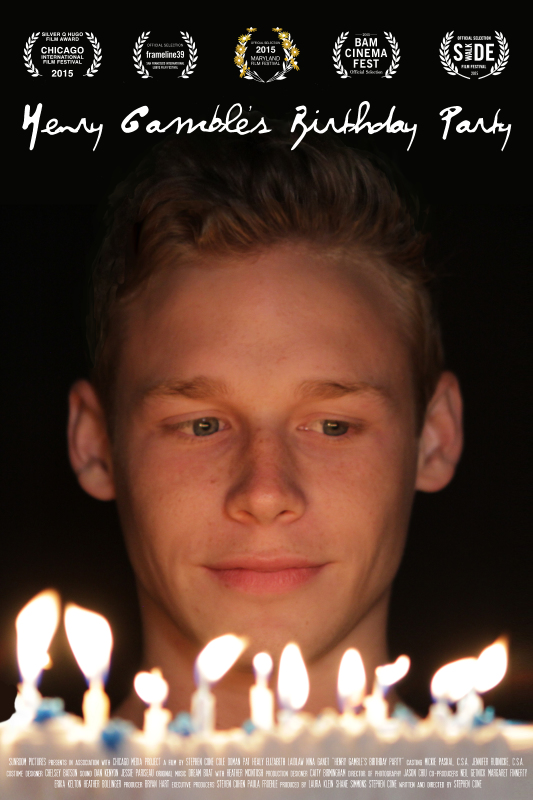 Tuesday, May 3, is an exciting day for lovers of good independent film because it marks the video release of Henry Gamble’s Birthday Party. Written and directed by Stephen Cone, a Southern-born filmmaker now living and working in Chicago, it tells the story of a 17 year-old preacher’s kid coming to terms with his sexuality. With this story line of course it’s been wildly popular at LGBT and independent film festivals. But the film is so much more than a coming out movie. The events unfold over one day as an evangelical church community gathers at Henry’s family’s house for a pool party. As the party goes on and church members surrender their inhibitions, we discover truths about each of them they would never share on a Sunday morning. Stephen Cone also wrote and directed an acclaimed film about Christian youth coming to terms with adulthood, sexuality, and doubting faith called The Wise Kids, which was released in 2011. (PopTheology review here.) We can safely say you can add these films to that rarest of genres that express honesty about human experience, while taking the lives of people of faith seriously.

PopTheology.com editors Ryan Parker and Richard Lindsay had a chance to interview Stephen Cone before the release. You can listen to the interview here:

If you prefer to read, here’s a brief transcript of part of the interview, with the whole interview available in PDF format below:

Editor’s Note: Both the recording of the interview and the transcript have been edited for clarity and length.

Ryan Parker: So Stephen, it’s great to talk to you. I think a place that I always like to start is to maybe tell us about how you got to this point of making films. And then how you got to create Henry Gamble’s Birthday Party.

So I always loved movies, but back in the 90s, filmmaking as a sort of self-empowerment tool didn’t seem possible. So I was drawn to performance. I was an actor in high school and college and I was a theater major, but knowing somehow I would eventually end up making movies.

So I came out of the University of South Carolina, spent a year in New York and I didn’t love it there. Eventually I started writing plays, and the first play I wrote was a one act play that was produced in Chicago. I came to see it and felt more at home here. My stress level went down. It felt like a cultural center that was more conducive to the atmosphere that I grew up in. So I came here and dabbled in theater for a couple years.

Then in 2005 I had a really crappy day job and I called my dad during one lunch— I think it was either March or May— and I said, “I think I’m going to start making movies this summer. I don’t know how I’m going to do it or what I’m going to do but I’m going to start.” And so the last 12 years have basically been my self- education. I’ve made more or less one movie per year of various shapes and sizes and budgets. And so that’s been my life.

I have a weird story in that it’s taken me almost a whole decade to achieve any kind of first-time filmmaker buzz and that’s seven features later. So it’s been a really strange journey. The first five years was just me making a bunch of really over-ambitious stuff that didn’t really come off and that didn’t play anywhere. So in 2010 I was like, “Get off your high horse, your artsy over-ambitious high horse, and just make something small and personal.” It took me five years of making stuff that wasn’t very successful on the festival circuit to be like, “What if I just tackle something that was true to me and semi-autobiographical?” So that’s when I made The Wise Kids. That’s when I started gaining legitimacy as a filmmaker. And so the latter five years of that ten-year journey has been a little bit easier and my movies have actually gotten seen.

Richard Lindsay: I would be very surprised if it’s not already being done in real life.

I was excited by that sequence and ultimately that’s what became Henry Gamble’s Birthday Party.

Stephen Cone: And inevitably I was like I had already tackled these things a little bit [evangelical culture]. So it was like, “Why do this?” But you know then I started thinking about it as an emotional prequel to The Wise Kids. The Wise Kids didn’t directly confront sexuality and those early mysterious inklings of desire. So that’s ultimately what gave me the justification to do a kind of flip side to the coin. So ultimately I see these movies siblings: one just happens to emotionally and psychologically take place before the first one.

Ryan Parker: Yeah, so you bring up the pool party, and I hadn’t really thought about that setting as carrying as much weight as it does. Growing up in the South and growing up Southern Baptist, that’s something we always did every summer. We had a pool and we would have a bunch of people over and have pool parties with the youth group, and it’s such a sexually charged thing. So what I appreciated about Henry Gamble’s Birthday Party is the authenticity of it. You’re not attempting to parody this community. I think that’s what makes it stand out. I work in promoting faith films and they’re not even close, not even in the ballpark [in terms of honesty].

Richard Lindsay: I see both films as being apocalyptic, in that sense of revealing something. Each of these characters in turn, something gets revealed to them, or revealed to us about them, and then it’s never the same for them. It’s like the veil of reality is ripped and suddenly they have to go on with that information. It seems like the weight of the gravity of the film rests on each of these characters in turn, and in the process we reveal things about those characters. So I’m just wondering what your thought process is on that and why you like doing that kind of filmmaking?

Stephen Cone: I mean, the reason I make them is because I grew up with these people and I love these people dearly. Even though I’m not technically part of that community anymore, I’ve come to appreciate that community more and I’m very moved by this community of believers. And I don’t see them represented properly in culture.

Stephen Cone: Yeah, you have to understand art and storytelling. Movies that are supposed to be sympathetic, like Saved, I guess relatively speaking it’s more sympathetic?

Richard Lindsay: It kind of turned into a Mean Girls prom movie at the end.

Stephen Cone: Yeah, so the standard has not been set for compassionate three-dimensional portraits of Christians in films. Which is odd because there’s so many of them.

Richard Lindsay: That was one of the things I thought about. In both of these films, people pray. And even after…you know, there’s the opening scene in Henry Gamble. And I don’t want to reveal any spoilers, but there’s two teenage boys and they’re at a sleepover.

Richard Lindsay: And they have a little discussion about sex, and then the teenage boys do whatever it is that teenage boys do when they start talking about sex. But then, right after that moment, Henry says his prayers and goes to sleep. And I think that’s so characteristic of his culture. And you never see that in Hollywood. You never see someone say a prayer as part of everyday life. And yet that’s part of mainstream culture in America. That’s what most Americans do.

Stephen Cone: Yeah, [that scene] sort of embodies the whole movie in a way. In that opening scene it’s midnight and it’s safe. I’ve compared the bedroom in that movie to underneath the pool. These safe places where what may be judged or forbidden or called out or criticized in public—there are actually these little safe spaces in adolescence where you can work your stuff out. But you have limited time there and they are small spaces. You’re most exposed to the larger spaces which are more tinged with judgment and you’re more worried about what people are thinking of you.

Stephen Cone: No, I wish. The maddening thing about the last few years, making Wise Kids and Henry Gamble… you know there are beautiful organizations like Level Ground who do embrace it and do look out for these sorts of movies. But there’s really no forum for me to show this to a large group of conservative to moderate Christians. There’s no organization made up of those people that is going to invite this movie there. And it’s the same reason that we had to shoot The Wise Kids in a Methodist church and not a Baptist church.

Richard Lindsay: I wondered where you shot that.

Stephen Cone: My dad’s Baptist church was right down the street but that was just not something I wanted to deal with and Methodists are more open to LGBT people than other denominations. I think the people that might really secretly profoundly respond to this in the Christian world are going to see it in May onward [after the film’s release on DVD] when they’re alone at night and it’s safe.

Richard Lindsay: Yeah, they’re going to be in Henry’s bedroom, so to speak.

Listen to the interview or read the transcript (PDF below) to find out more about the making of Henry Gamble, how Stephen compares it to The Wise Kids, and how to get your Southern Baptist family members drunk enough to watch the films you make about gay youth.