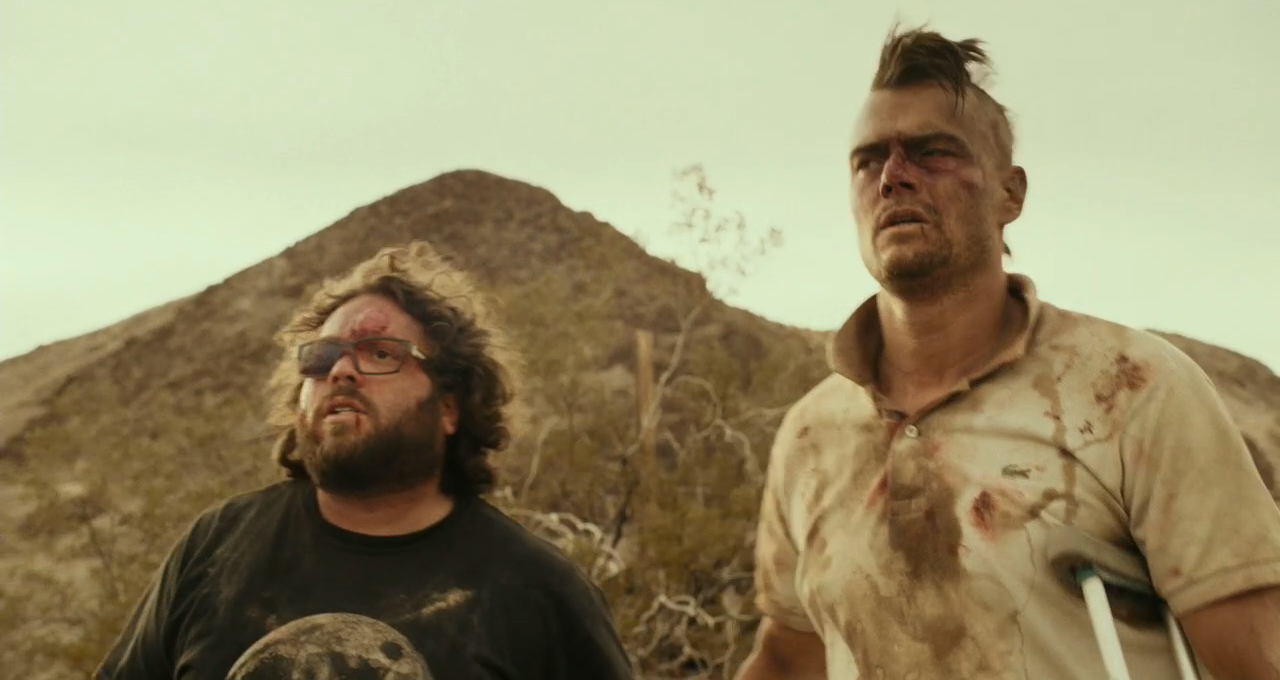 Between Saturday and Monday, I watched (unintentionally) three film that all centered on lead characters driving in or being stuck in their SUV/truck/van. To varying degrees, the characters are restricted to these vehicles. Thematically they’re completely different, but aesthetically, they represent some really strong filmmaking and storytelling.

Who’d possibly want to watch one man talking on the phone while driving at night to London for 85 minutes? If it’s Tom Hardy faced with a moral quandary, then I’m first in line for Locke. Hardy gives another fascinating performance as Ivan Locke, a construction foreman on the eve of a historic concrete pour, the foundation for a 55-story building. Ivan receives a phone call from London. Bethan, a woman with whom he had a one night stand, is about to give birth. Does Ivan go to her, or does he go home to his waiting family (wife and two sons) and get ready for the next morning’s big pour?

The plot sounds simple enough, but writer/director Steven Knight turns Ivan’s situation into an increasingly complex one, through complications with preparations for the pour and Bethan’s pregnancy. Through various conversations with different involved parties, we learn more about Ivan’s character, both his morals and his past. Hardy has given a host of out-sized performances, particularly as Charles Bronson in Bronson and Bane in The Dark Knight Rises, but it might just be this quiet, brooding, intimate performance that solidifies him as one of the best actors of our generation.

Be on the lookout for Locke‘s (85 mins and rated R for language throughout) wider release on DVD or streaming soon.

Another narrative that, on paper, might sound boring, Scenic Route focuses on two estranged best friends, Mitchell (Josh Duhamel) and Carter (Dan Fogler), who drive through a barren desert road (from and to where we aren’t exactly sure). Carter stages a temporary breakdown, because he’s frustrated that he and Mitchell never spend time together any more. A former musician, Mitchell has moved on with his life, settling down with a wife, a son, and a respectable job. Carter clings to the laid back lifestyle as a struggling writer. Their conversation quickly explodes when Mitchell learned that Carter staged this breakdown in a very dangerous location. When Carter tries to start the truck back up, it won’t. Left to defend themselves against the elements, they finally reconnect and reveal the truth about their lives to one another. Mitchell’s life is a sham: he cheated on his wife, and his job breeds suicidal thoughts. Carter knows he’s not a great writer and might not ever make it. Stuck on the side of a desert road and facing mental and physical exhaustion, they either sleep through or scare off (they look like hell after fighting with one another–see above) potential help. When Mitchell and Carter finally reach safety, the film suddenly questions whether or not they ever made it out of the desert entirely.

Like Locke, Scenic Route benefits from strong performances. Unlike Locke, the filmmakers momentarily cut away from the single desert location to offer glimpses of Carter’s affair. There are also concluding scenes of their life after being rescued. The dialogue, especially in Carter and Mitchell’s’s shouting matches, is especially pointed and drives home the central themes of lives well-lived or wasted. However, it’s the film’s mind-bending conclusion that makes the whole viewing experience worthwhile.

Scenic Route (82 mins.) is streaming on Netflix and is rated R for language, some violence and a scene of sexuality.

By far the trippiest of these three “car” films, Jonathan Glazer‘s Under the Skin tracks Scarlett Johansson‘s unnamed, alien lead character as she trolls the roads of Scotland looking for loner men which she takes back to her “lairs” where she seduces them into disrobing and marching all-too-willingly to their deaths. Most men are eager to take advantage of Johansson’s sultry creature, but when she encounters a disfigured young man and a kind rural resident, she questions her identity and “mission.”

It’s difficult to say more than this because Under the Skin is such a narratively unsettling work of art. It’ll definitely be the most unique sci-fi film you’ll see all year, an art house blend of disturbing sights and sounds with equally mesmerizing beauty. There might be some themes of sexuality and its destructive nature here, but they’re difficult to think about in any sustained way because keeping up with the plot can be consuming enough. Based on Michel Faber‘s novel of the same name, I’m eager to delve into the source material. Of course, Johansson is captivating.

Under the Skin (108 mins) is in limited release and is rated R for graphic nudity, sexual content, and some violence and language.