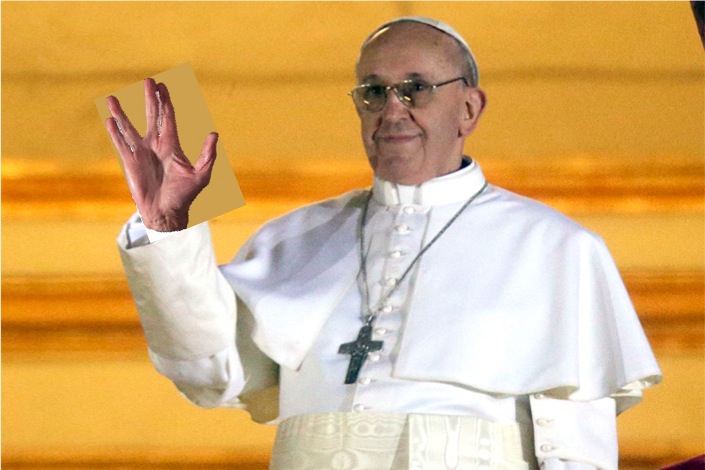 Rule #1 in blogging: Controversy = Clicks. Since we re-launched PopTheology.com on Patheos, we have gotten no stronger response after the initial rollout than with my post commenting on the piece on CNN’s Belief blog by Rachel Held Evans describing what Millennials want in a church. A repost by a friend at my PhD alma mater led to a rip-roaring discussion thread on Facebook. And the comments on the blog itself were also thoughtful and articulate.

Mostly, the comments were polite but hostile. (One response from the blog comments section: “In general, I hate your suggestions. 😀 I really do.” At least this poster emoticoned a smile.)  The responses seemed to fall along two lines: 1.) Evangelicals claiming the Mainline Church has already sold out to culture and needs to start preaching the Gospel again (one respondent referred to it as the “TRUTH”). 2.) Mainline Protestants, they seemed to be mostly Episcopalians, telling me they’ll keep their hymns and liturgy, thank you very much (one respondent referred to my suggestions as “B******t”).

As for the claim that the Mainline has already sold out to culture, I would assume the respondents were referring to the growing acceptance of same-sex marriage and LGBT ordination in our denominations. They may also be referring to variations in theology (many of our churches have moved away from juridical or “blood atonement”) or scriptural interpretation (decidedly historical-critical). There has been a longstanding evangelical mistrust of Mainline insistence on social justice issues, as opposed to the “real purpose” of “saving souls,” at least since the era of the Social Gospel at the turn of the 20th Century. Who knows, these commenters may disagree with our ordaining women or allowing birth control.

If the Mainline church is to die because we have embraced LGBT people, tried to give women equal power in our churches, focused on social justice, and allowed for diversity in matters of theology, scripture, and ethics, I’ll gladly ride that train right off the cliff.

But what Evans described in her piece was a Millennial need for churches that are less dogmatic, that honor inclusion as a central goal, that show allegiance to God rather than to the United States and the Republican Party, and that consider ethics to be a matter of social justice and concern for the poor and not just one’s personal sexual behavior. In other words, something that sounds an awful lot like Mainline Protestantism.

If Evans was right, and Millennials are hungering for the teaching and social orientation of Mainline Protestantism, we must assume somewhere there is a breakdown in communication between the younger generation and its chosen church.

Here’s where my comments on liturgy and style of worship came in. I was high on what may be called physiologically, “manic blogging euphoria,” so my memory is a bit hazy, but I believe I said Mainline churches should throw out the hymns and the monologue sermons, put a screen in front of the church, put their pastors in skinny jeans, and amp up their Web sites.

This is where my traditionalist Mainline friends jumped in (one of them had a Facebook profile photo where he is literally bowing down at the grave of English choral composer Herbert Howells). They explained to me that everybody in their church loves hymns and anthems. They like traditional sermons without visual illustrations, full of thick theological language. And they would be mortified if someone stuck a screen up in front of their beautiful Gothic sanctuary.

To which my response is, Hey, I went to music school and have been a paid section leader in multiple church choirs; I get the classical sacred music tradition. I’ve heard several thousand sermons in my life and some of them have affected me deeply. I’ve given sermons full of thick theological language. And I love nothing more than a good Compline service with nothing but candles, liturgy, and choral music, where I can ponder my relationship with God.

But the fact that you or I are sitting in church, are familiar with hymns and choral anthems, can explain theological terms and recite several of the better-known creeds of Christianity, means just one thing – you and I are not typical Millennials (whatever our collective age may be).

I have not heard of a vast movement of Millennials gathering to sing hymns or listen to the English choral anthem tradition. I haven’t heard of a surge of theology discussion groups, where the works of Barth and Bonhoeffer, Tillich, and Cobb are debated among twentysomethings. (For some reason, a particularly vicious strain of neo-Calvinism has caught on among some Millennials in Seattle, and I would love to know why.)

I do know where you can find Millennials: at Comi-Con, the latest Iron Man movie, Lady Gaga and Nicki Minaj concerts, Bonaroo and Coachella, Burning Man, on Snapchat, Tumblr, and Facebook, in bars cultivating tastes in high-end beer, bourbon, and vodka, at farmer’s markets, and at Barack Obama rallies. One of the ideas behind this blog is that in studying these phenomena of popular culture, we Christians might understand something about the culture and reach out to this generation.

My post makes some assumptions—that Millennials are familiar with traditional church culture, or at least have a working stereotype of what it is; that they’re familiar with the “hipper” evangelical culture that Evans laments; and they have rejected both. I don’t know, maybe they haven’t experienced “church done right,” where the liturgy, music, and preaching are well organized and transcendent. Maybe if they did—if we just do what we’ve always done, but somehow better, somehow more sincerely—the younger generation would show up in droves.

But based on my observations of culture and conversations I’ve had with younger people, I sense that if Millennials are at all interested in Christianity they want something that looks and feels completely different from both traditional and evangelical forms of worship and structures of church.

There will always be a place for high church or formal worship, just as many people (again, including myself) enjoy going to the symphony or the opera. But participating in these historic art forms involves making a cultural compromise—I will check my culture at the door and enter into a separate culture with its own traditions, terminology and rituals. In return, I’ll gain a deeper understanding of being human or a transcendent sense of spirit that I will take with me back into the world. But, I will leave that separate, specific culture behind when I walk out the door, because that historic, anachronistic, culture has nothing to do with the everyday culture of my life.

The cultural contortions Millennials must go through to take part in many of our Mainline churches are just too great. It’s as though we are telling them, “We can accept your doubts about the inerrancy of Scripture and the historical Jesus, we can accept that you’re gay or transgender, we love and encourage your concern for social justice. But you must leave your Coachella, your Iron Man, your Lady Gaga, at the door; leave behind your tattoos and piercings, your hip-hop and folk rock, your unconventional ways of forming relationships online. Because God can only be rightly praised with organ, hymns, and sermons, and we only accept members that show up at 11am on the dot every Sunday morning.”

Put more personally, it would be a tragedy if my generation missed out on the wisdom, spiritual strength, and sense of purpose I have received from my involvement in Mainline congregations because we are unwilling to reexamine how we worship, gather, and communicate.