Early in his new spiritual memoir, My Adventures With God, author and actor Stephen Tobolowski writes, “When you are telling a story about God you have an inherent difficulty. It is not the problem of belief. It is a problem with nouns.” Thankfully, Tobolowski doesn’t suffer greatly from that problem. In the genre, his is a book of rare beauty and, at times, profound theological insight. 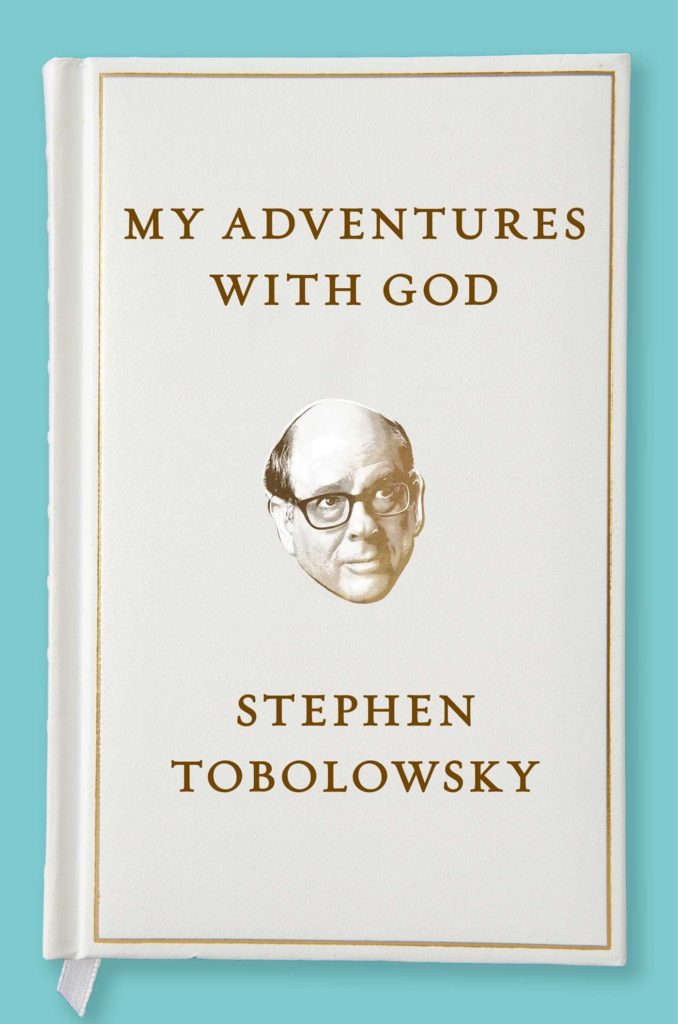 The first thing you notice about Tobolowski’s reflections is that they aren’t the typical stories that fill so many Hollywood memoirs. Sure, there are accounts of raucous parties full of nudity, drugs, and booze, but rather than sharing these to titillate, Tobolowsky mines them for their spiritual implications and what they say about our longing for something more out of life. He spends far more time unpacking relationships with his family members, friends, and marriages. He intentionally structures his writing to follow the themes of the Old Testament, which he identifies as creation, slavery, purpose, death, and perspective. Tobolowsky sums it up:“My Adventures With God is a collection of true stories from my life that attempts to trace the curve, to map the unseen face. Perhaps God is nothing more than the combination of the mystery of nouns. The result of imperfect knowledge that haunts us from birth to death and the love we feel along the way. Or perhaps it is the Divinity within us that makes us ask these questions.’

Much of the appeal and beauty of Tobolowsky’s writing lies in the ways in which he holds his speculations and assertions with an open hand. Rather than trying to force his reader to see the world in a particular way, he guides us through his experiences and the lessons he’s learned from them. We’ve all shared in many of those experiences and, whether or not we’ve arrived at similar conclusions or assumptions, it’s impossible to deny the sincerity of Tobolowsky’s faith. Along the way, he writes on a variety of themes including love, death, the afterlife, suffering, miracles, and catastrophe.

I am particularly appreciative of his interest in science, and how, throughout his life, he has held science and religion in conversation with one another. He titles one chapter “Dark Matter” and in it recalls a particular lecture that echoes the ways in which many theologians now talk about God. He writes about a lecture by Dr. Steven Weinberg: “[…He] was more prepared to describe what dark matter is not. It is not visible. It carries no electrical charge. It cannot decay, and yet, on occasion it must annihilate itself somehow, or it would overwhelm the universe. Physicists search for proof of its existence by finding traces of its annihilation.” There’s something of apophatic theology here to be sure.

In another chapter, Tobolowsky writes at length about his experience with the Shema, the central prayer of Judaism, which begins, “Hear O Israel: the Lord our God, the Lord is one.” Before leaving Los Angeles to shoot on location in Canada, Tobolowsky visited his rabbi for advice on spiritual practices to engage while away from his synagogue. His rabbi encouraged him to repeat the Shema whenever he encountered a positive experience or avoided a negative one. Tobolowsky notes the science behind humanity being hardwired for negativity as an evolutionary imperative. For him, prayer became a way to combat that and to foster positivity and, more importantly, a spirit of gratitude.

Having grown up in a conservative evangelical environment, I’m usually wary of conversations about suffering and blessing and God’s role in them. Talk about “God working in mysterious ways” means something completely different from the perspective of individuals reflecting on their own suffering than it does from people telling me how I should feel about mine. Thankfully, Tobolowsky transcends typical theodicy talk and strives for something more universal in scope:

I began to wonder if miracle and catastrophe are not two separate events occurring on the edge of probability, but are part of the same event–an event doesn’t exist outside of nature, but is a fundamental element of nature itself. A miracle could be the occasional injection of chaos that changes the course of events. It is the antidote to fate.

I’m tempted to go on and on and to list all the highlights of this spectacular book. Instead, you should just really read it for yourself. It’s one that I recommend without reservation. Like religion has been to Tobolowsky, My Adventures with God will be a gift to his readers.

You can download or order My Adventures with God (Simon & Schuster, 368 pgs.) here.