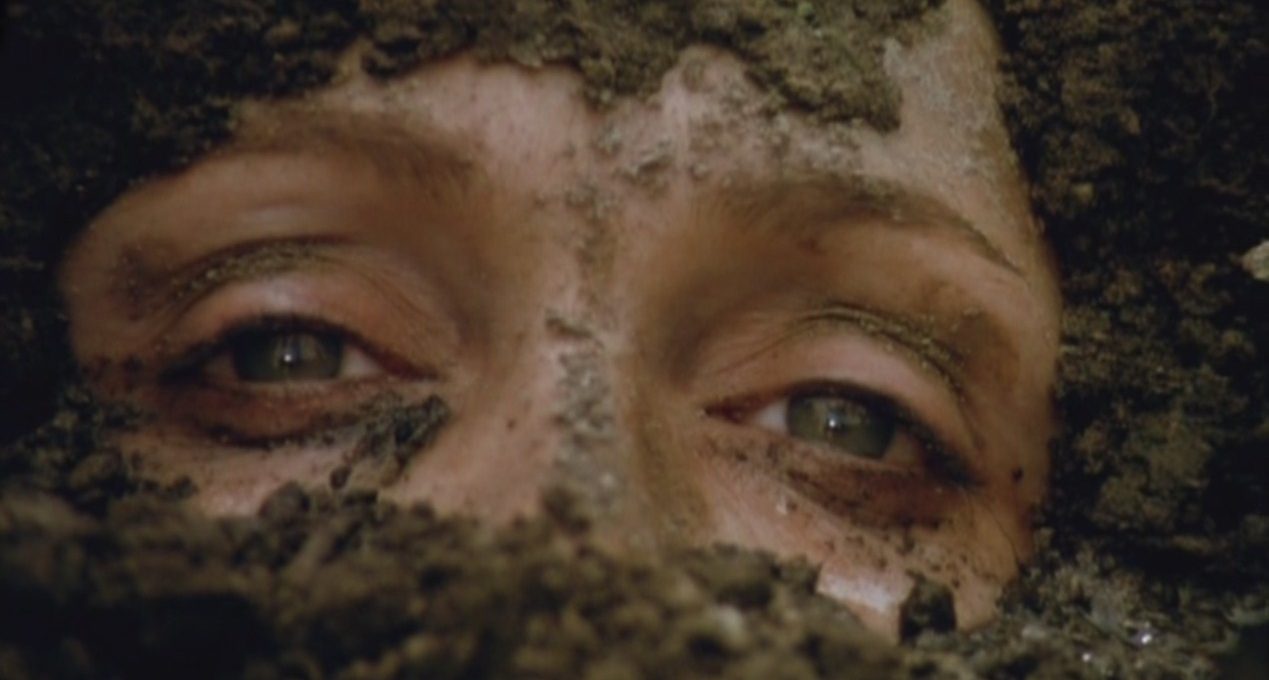 At a dive bar in New Orleans this past January, Ryan and I got together to discuss possibilities for PopTheology.com for the coming year. As the drinks flowed freely and we watched my beloved Bengals blow another playoff game, our bar napkins filled up with penned ideas. Maybe it was my mounting gloom at the outcome of the game, or the effect of cheap booze on a cold winter’s day, but the best idea we could come up with was “outlaw directors.”

I suggested they couldn’t be too mainstream, so we’d be looking at art films, avant-garde, underground, or exploitation cinema. Perhaps the creators of the films were denounced in some way by moral guardians—and more importantly, they continued making controversial films anyway. We came up with names like Ken Russell, Kenneth Anger, Derek Jarman, Pier Paolo Pasolini.

Many of these directors have had fascinating things to say about God and/or religion, and often it was their heretical spiritual perspectives that made the films controversial. Frequently their films that dealt with religion also dealt with unorthodox perspectives on sexuality, fueling the fire of controversy further. At this point, Ryan looked at me and asked, “Is that what makes an outlaw director? Someone who puts God and sex in the same film? That’s sad.” Quite possibly.

So in that vein, I start with Pier Paolo Pasolini’s Teorema, one of the ur-texts of divine eroticism. This 1968 film is about an upper class Milanese family that takes in a mysterious “Visitor,” played by Terence Stamp. The Visitor seduces each family member one by one—the pious housekeeper, the insecure son, the desperate and depressed mother, the sexually repressed daughter, and the over-stressed, over-burdened industrialist father.

During the course of the film, it becomes apparent that the mysterious Visitor is God, which Pasolini makes clear by quoting this sensual passage from Jeremiah 20:7:

“You seduced me, LORD, and I let myself be seduced; you were too strong for me, and you prevailed.”

For those of us that know him as Zod from Superman II or as a broken-down drag queen from The Adventures of Priscilla, Queen of the Desert, Terence Stamp’s transcendent beauty as a young man comes as a revelation. His high cheekbones and traffic-stopping blue eyes made him one of the most hypnotic screen presences of the 1960’s. Pasolini, the gay director, also lavishes the camera on his butt and package, which are encased in the tightest of Italian trousers, a blatant act of cinematic leering.

The Visitor then announces he is going to leave, which upsets the family greatly. Each of them pours out a confession to this divine Visitor about how he has destroyed their former assumptions, stripped them of their identities, and left them unsure how to remake themselves. The rest of the film shows the actions of the family as they face life bereft of his divine presence.

The son becomes an obsessed and perhaps mentally unbalanced artist; the daughter goes catatonic and has to be taken away to a mental hospital. The mother becomes a cougar on the prowl, seducing young men who remind her of the Visitor. The housekeeper goes off to her hometown and becomes a holy woman who eats only nettles and gains supernatural powers. The father, in a scene reminiscent of St. Francis of Assisi, strips off his clothes in a train station and gives away his factory to his workers.

Pasolini proclaimed himself to be both an atheist and a Marxist, and the film is thick with criticism of the soul-crushing nature of middle class life and the stultifying dictates of the Roman Catholic Church. Yet the film also presents some challenges to the doctrines of Marxism. In this film, one begins to see Pasolini raise the kinds of questions that, in the aftermath of the failed European student uprisings of 1968, would crystalize into postmodern thought.

It’s no coincidence that it’s the housekeeper who is transformed into a saint after her encounter with the Visitor. Pasolini believed “the peasantry” as he so paternally referred to them, understood the power of religion and mythology in a way that the intellectual bourgeoisie could never comprehend. But this is a Marxist heresy, as the peasantry were supposed to be freed from their religious superstition—the “opiate of the masses”—in order to create the new worker’s paradise.

Furthermore, Pasolini’s own sense of the supernatural is palpable. He directs in an Italian realist style, using hand-held cameras and on-location shooting. But then moments of the supernatural break into the workaday quotidian world he portrays. Their simplicity and lack of specialness, even as cinematic special effects, makes them seem that much more real. (A good example of this is the eerie scene of Jesus walking on water in The Gospel According to Saint Matthew—the only one of Jesus’ miracles that is given any kind of special effect representation in the film.)

The revolution Pasolini proposes is really a lover’s revolution, not the violent overthrow of capitalist oppression. Apparently, all it takes is a mysterious seduction by a stranger to shatter the shallow world of bourgeois existence.

In fact, in one pretty humorous review, Dan Callahan of Slant.com concludes that for all its metaphysical musings, its theology and philosophy, its leftist economics and psychoanalysis, “Teorema is basically a film about Terence Stamp’s crotch.”

Whatever the film’s ideology is supposed to be, I tend to believe a lot of films made by gay directors prior to or during the era of gay liberation are in fact working out the issues of being gay in a homophobic society. Another way of putting it is it’s no wonder queers were the ones that came up with queer theory.

By the late 1960’s, the ideologies of the Modern era—Darwinism, Marxism, and Freudianism—had become just as dogmatic in practice as the Christianity they replaced. Everything about being gay was contrary to these doctrines. Homosexuality was at best an evolutionary abnormality, at worst a threat to the survival of the species. In Marxist thinking, homosexuality was a decadent bourgeois practice, destructive to reproduction and therefore the creation of young workers. Freudians saw it as an immature state of psycho-sexual development, and there was a time when psychologists were the leading voices encouraging official discrimination against gays.

But the idea that divine release from spiritual pain could come in the physical release of sex should not be so controversial. The eroticism of God is a shadow tradition in Judeo-Christianity reaching back to God’s “seduction” of the youthful Jeremiah. (Not to mention Song of Solomon.) The intimacy and tender care the Terence Stamp figure displays for each member of the family is consistent with the intimacy of Jesus stripping to his waist and washing the feet of his disciples, or the woman washing Jesus’ feet with her hair. The healing of a God that reaches out to us through the material instrument of our flesh is reflected in 19th Century romantic Jesus hymns (And he walks with me and he talks with me, and he tells me I am his own) and modern-day evangelical praise music (I-I-I-I-I- I’m desperate for you) Jesus, lover of my soul, indeed.

It’s hard to call any director irreligious who can instruct Christians in such a deep and important spiritual truth. As for the other dogmas of the twentieth century, and the postmodernist orthodoxy of the twenty-first, perhaps they can also be broken by a return to the grounded material reality of the body—perhaps even by a Visitor of some gender or another with piercing eyes and painted-on Italian pants.