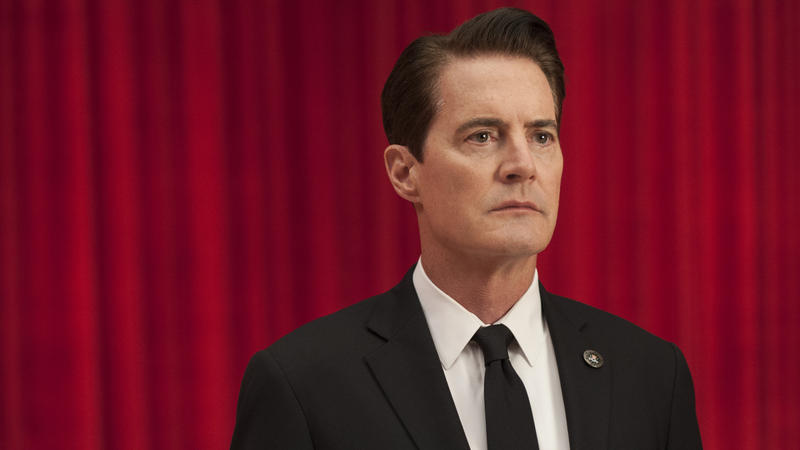 “Twin Peaks is different, a long way from the world…and that’s exactly the way we like it. But there’s a back end to that that’s kind of different, too. Maybe that’s the price we pay for all the good things. There’s a sort of evil out there. Something very, very strange in these old woods. Call it what you want, a Darkness, a Presence. It takes many forms, but it’s been out there for as long as anyone can remember, and we’ve always been here to fight it.” –Sherriff Truman, Twin Peaks

I came to Twin Peaks the wrong way around. I discovered the show after going to visit Snoqualmie Falls outside of Seattle, the iconic waterfall in the opening credits. Before I’d even watched an episode, I had been inside the Salish Lodge and Spa (the Great Northern Hotel in the show) and had a piece of cherry pie and a “damn fine cup of coffee” at Twede’s Café in North Bend, Washington (the Double R Diner.) These are sites of pilgrimage for fans of the show, and I went like a vandal in the temple, not knowing what it all meant.

Once we got home from our Seattle trip, Fred and I started watching the first two seasons of Twin Peaks, and we were immediately hooked. What we saw was a genre mashup of film noir, soapy melodrama, juvenile delinquent films, quirky small town comedy, horror, and supernatural surrealist cinema that has rightly earned the moniker, “Lynchian.” It seemed to me the show had been built on Umberto Eco’s description of cult film: “Works are created by works. Texts are created by texts, all together they speak of each other independently of the intention of their authors. A cult movie is proof that, as literature comes from literature, cinema comes from cinema.”

But as much as Twin Peaks evoked the past, I was immediately struck by how it formed and predicted the future. There are specific series that almost seem like spinoffs of Twin Peaks, from Northern Exposure to X-Files to Buffy the Vampire Slayer. But more than that, Twin Peaks created the genre of a continuous series with a long, slowly unfolding story arc that has become the stuff of binge watching in the streaming era. It’s fitting that the current era is known as “Peak TV,” because it all seemed to start with David Lynch and Mark Frost’s creation of this strange little in town in rural Washington.

So maybe it made sense that I saw the filming locations before I watched show. My experience of Twin Peaks has always been a memory of the future.

Thoughts on Twin Peaks: The Return (there are some mild spoilers, but don’t worry, you won’t understand the show any better after reading this than if you had watched it yourself):

The Lynchian universe is a strange and terrifying one. David Lynch sees the world in Manichean terms, with good and evil in constant conflict, and evil winning more often than not. What makes life in a frightening world worth living are the little gifts we give ourselves each day—the small pleasures like a cup of coffee, a piece of cherry pie, music and art—and the people we know who are good souls, however quirky or obtuse, who should be savored just the same.