Contrary to popular belief, Los Angeles and Hollywood aren’t the godless, spiritual wastelands conservatives would have you fear. In fact, away from the megaplex blockbusters and mainstream indie arthouse releases, artists and filmmakers like Leslie Foster are exploring the connections between art and spirituality in profound ways. As Level Ground Artist-in-Residence, Foster has a new installation opening this weekend in Los Angeles at The Aerial House. Read on for a preview of the installation, an interview with Foster, and videos of his earlier work.

Foster, a graduate of Southern Adventist University (who knew they had a multi-million dollar film production program??!!), has spent thirteen years in the film industry. His films are distillations of a lifetime of travel and a passion for activism, mysticism, and the queer community. His first gallery show, “Ritual Cycle,” created with the Nomad Solstice collective, opened in downtown Los Angeles, February 2016. Then, and now, the Pasadena-based non-profit, Level Ground, is a major sponsor of Foster’s work. Level Ground celebrates the intersections of art, faith, gender, and sexuality.

His latest work, “59,” is an experimental film gallery installation composed of eleven films. Working within his own version of Dogme 95 and the “Vows of Chastity,” Foster placed the following restriction on his creation: Foster had to create one 59-seconds-long film a month for eleven months, with eleven different collaborators, none of whom could be cis men (i.e. men who were assigned male at birth and continue to identify as men). Here’s a glimpse into the project:

59 Trailer from Leslie Foster on Vimeo.

I’ve been familiar with Foster’s work for a couple of years, but have gotten to know him better over the last several months through various Level Ground events. I spoke with him recently about his upcoming work.

PT: Where did the idea for 59 originate? Specifically the restrictions you placed on your creativity. I like to think of it as your own Dogme 95 and “Vows of Chastity!”

LF: “59” distilled from a lot of different sources, but I was absolutely inspire by Dogme 95 as well as The Five Obstructions. I also wanted to get a chance to work on equal footing with a range of artists. I’d been able to work with some of them, but never in a situation where we were equal collaborators; a few were folks I’ve known for a long time and I’d been dying for an excuse to work with them; some were really new to me and I loved getting to know them through the journey of creating these films. I also just really wanted to see if I could do it. I love the feeling of amazement I get when I watch a really well-made 60 second commercial. It’s perfectly crafted to encapsulate a great story, excellent visuals, and pack an emotional punch. I wanted to see if I could do the same thing with eleven 59-second experimental films. 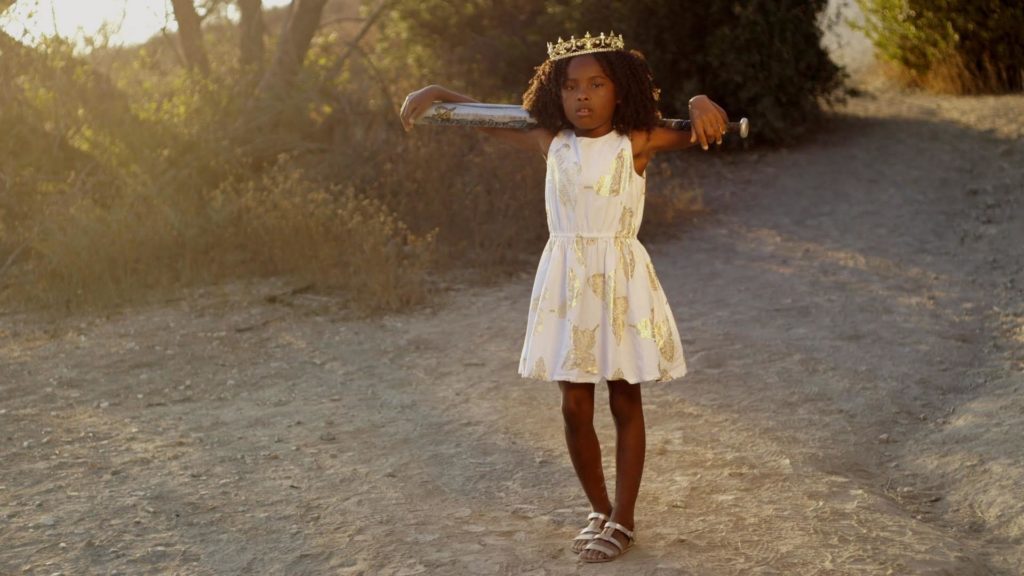 PT: You and I have talked about this before, but can you say something about filmmaking as spiritual practice? What does that idea mean to you?

LF: Creating art is a mystical experience for me. When I began to learn the language of film in college, I was given an incredible gift. I was given a vocabulary that allowed me to express things I thought I’d never be able to say. I was able to explore my connection with the divine and with spirituality in a completely new way. When I create, I always find myself in a pretty intimately spiritual place. And that includes the days where I don’t feel that at all, where every inch of image pulled from my brain feels like a wrestling match.

PT: Can you talk about the intentionality of your filmmaking, both in general and specifically with “59?” What do you hope your viewers experience through your work?

LF: I am intentional about how I nurture my ideas. When I feel an idea form, I have learned to take very good care of it. And that doesn’t mean immediately trying to pour that idea out onto the page. It means knowing that it may take weeks, months, or even years to fully develop. It means giving it the right mixture of music, literature, weird installation art in order for it to continue developing (and that mixture is different for every idea). Once I start creating, I’m just go by instinct for the first few drafts but am very intentional about editing and about keeping a close circle of people around me to nudge and critique me. Folks who are willing to call me out on my various privileges and point out any blind spots.

With “59,” I had to be pretty careful in planning the series because I was creating one film a month. It meant that the months leading up to production were packed with a variety of pre-productions and I had to spend time with each of the other artists in order to our collaboration style and I had to set out a pretty detailed road map so that we didn’t get horribly behind. I was also very intentional about who I worked with. I made the choice not to work with anyone who was cis male (and on top of that, I wanted to make sure the artists were broadly representative of the spectrum of gender, race, body size, sexuality, etc.). Cis men, and I include myself in that number, have the run of the art world and Hollywood. I hope this project can give other brilliant voices a chance to be heard a little louder. I certainly didn’t give them their voices. They already had an incredibly range of powerful, subversive, and beautiful voices. But I hope that I can use the privilege I have to give those voices a megaphone. 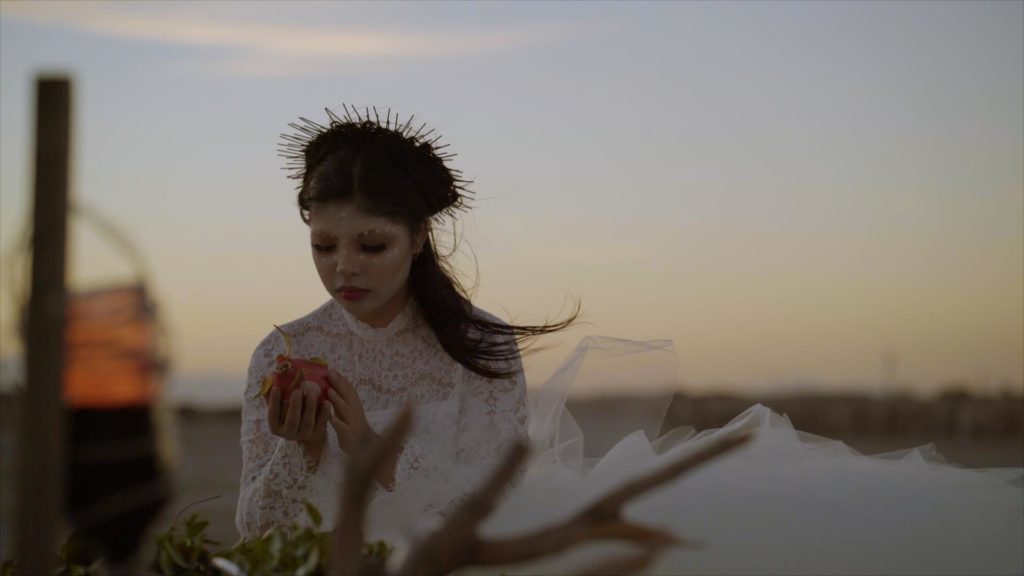 PT: Film has the power to change the way we see the world. I imagine the process is equally transformative for filmmakers. If so, how do you see the world (or things) differently in light of this experience?

LF: I love that this question can go so many different directions. There are both deeply beautiful ways I see the world differently and some pretty mundane ways. For example, it’s hard to go anywhere remotely beautiful or intriguingly ugly without my brain immediately trying to scout the place for a potential idea. But, I also have become a student of light and it’s so fun to notice the way light moves through a space, how it shapes and is shaped, and how people unwittingly interact with it. I love watching that. I also think I’ve become even more sensitive to the in-between spaces, the liminal. The books that are written in the gaps between words in a conversation. Getting to see the world in that way makes me feel really lucky.

LF: I would argue that much of Darren Aronofsky’s work is deeply experimental, but it does usually tend to lean into more narratives spaces. I love all of his work. I think Ava Duvernay is such an incredible student of human behavior and her work on Queen Sugar and Selma is some of the best directing I’ve seen. I have a feeling she’s an actor’s director and that’s something I always strive to be. I really enjoy the Wachowski siblings. I’m not a fan of all of their work (though I’m incredibly in love with their current project, “Sense8”) but I love how they just go for it and try so many different things. Finally, I’ve been a fan of Barry Jenkins’ since I saw Medicine For Melancholy. His directing style is so thoughtful and gentle, a pretty rare quality.

For more information on both “59” and Level Ground, please visit onlevelground.org/59. Below is a short film, “Mother Godde,” from Foster’s “Ritual Cycle,” along with a teaser of the series.