Benjamin and Ryan are back with this week’s installment of True Believers. We’ve got everything from Black Hammer to X-O Manowar. Check them out after the jump and be sure to support your local comic book store. 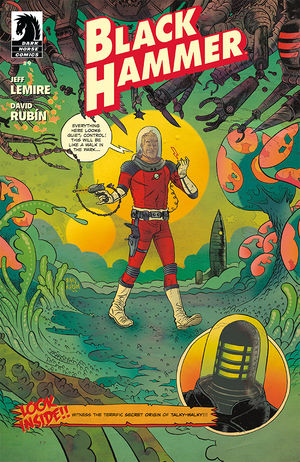 Black Hammer is consistently one of the most emotionally gripping books running, given that it’s another creation from the prolific Jeff Lemire’s. The latest issue focuses on Capt. Weird’s sidekick, Talky-Walky, which is sure to include some humor to the proceedings. 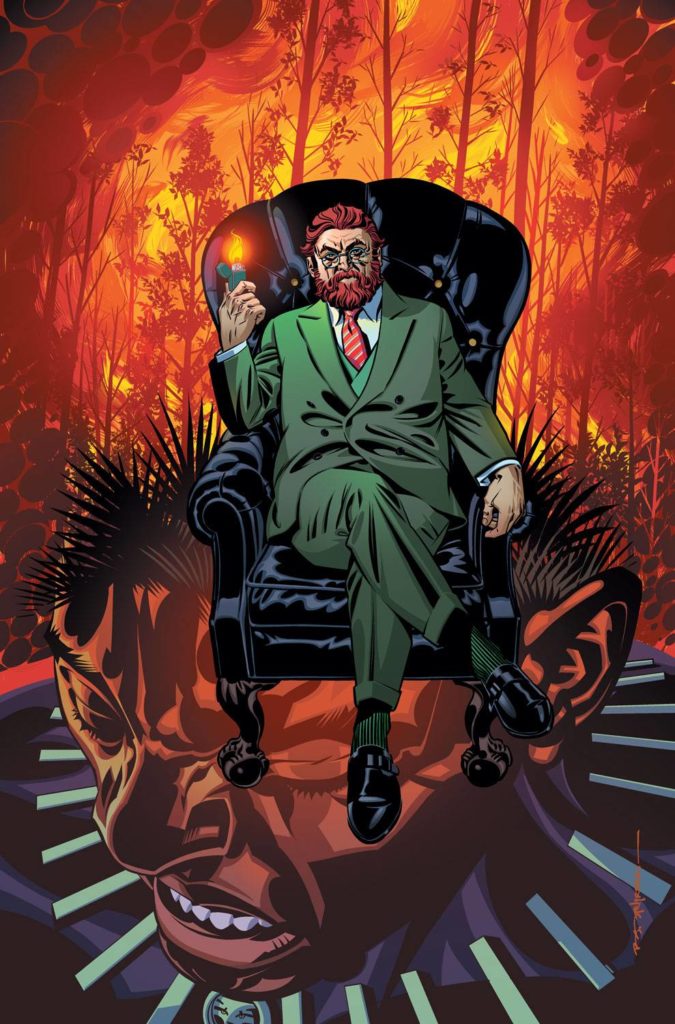 Black Panther #14 continues the new story line, “Avengers of the New World,” or as we like to call it, Ta-Nehisi Coates’ explorations in theodicy. Before T’Challa can confront the divine spirits, he has to take on Doctor Faustus. 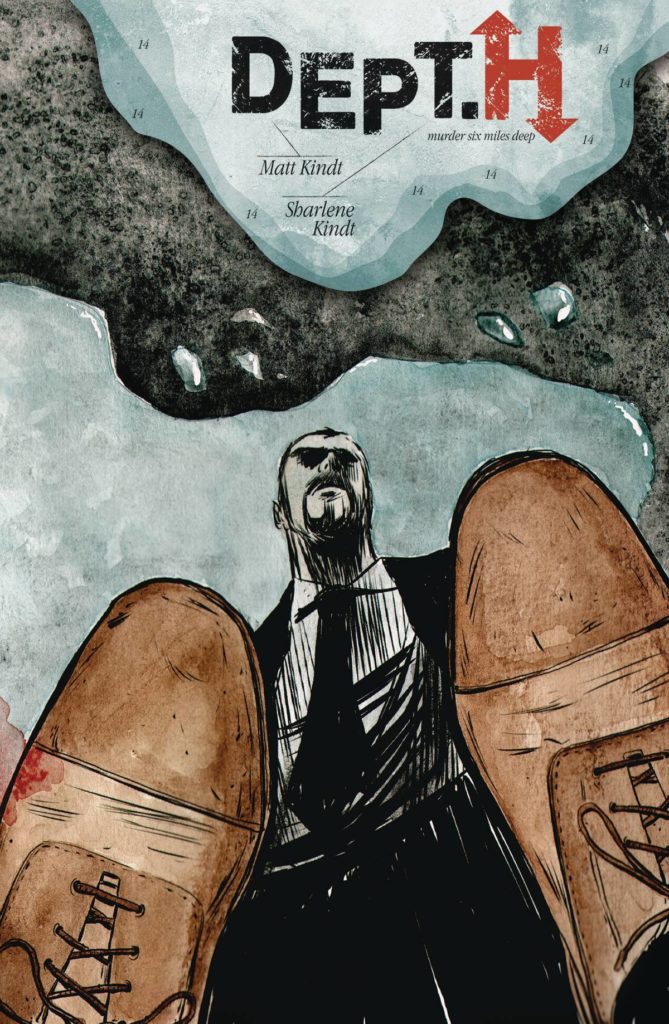 Dept.H creator Matt Kindt is becoming a staple in the True Believer community. Events underwater are heating up as all of the surviving crew are unable to return to the surface and face some impossible choices. Who will live, and who will remain in the depths? 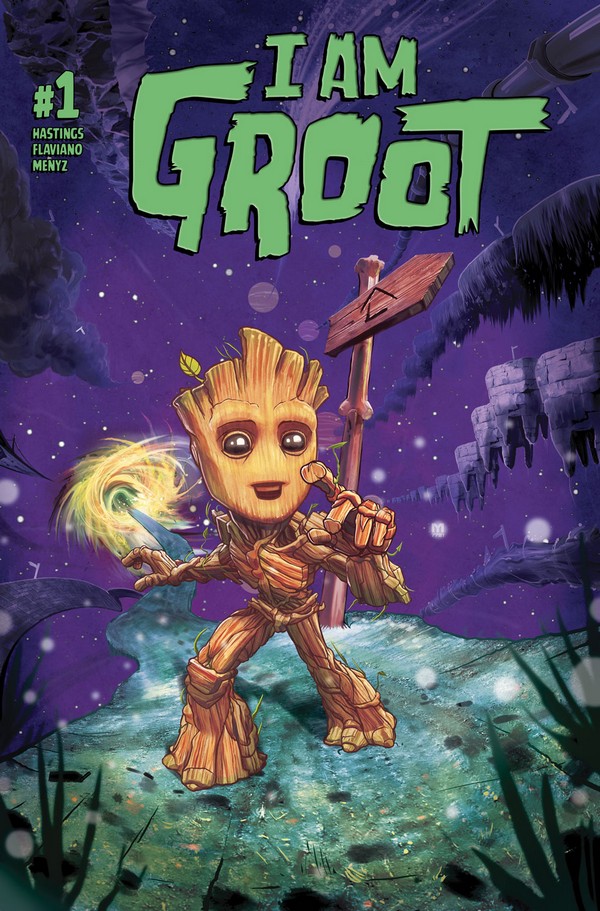 WE Are Groot! (You know you want to read it!) 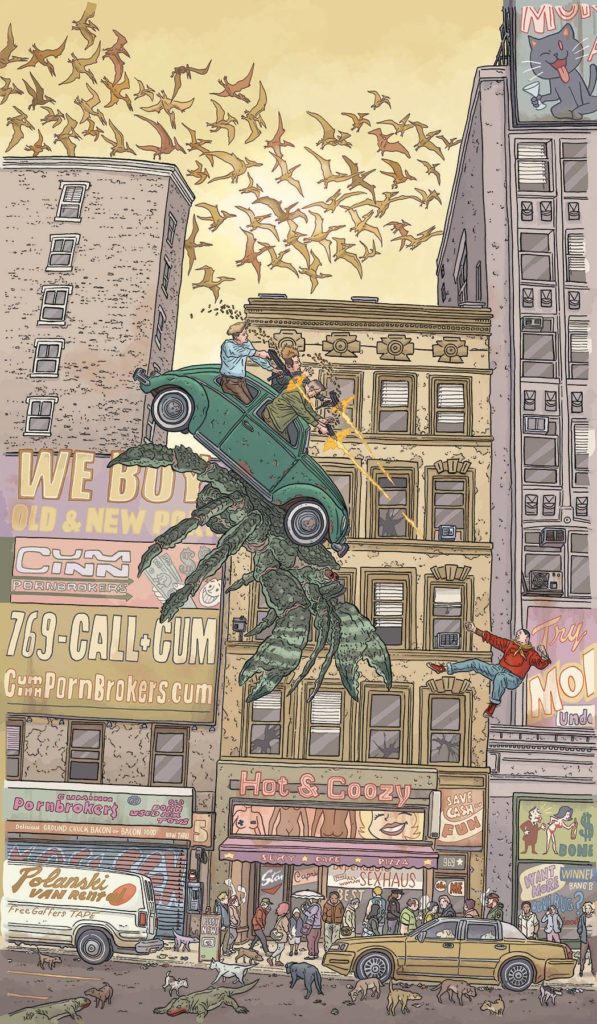 After reading the first issue of Shaolin Cowboy, I had to double-check that I hadn’t accidentally taken any illegal substances. It’s one of the trippiest books I’ve read in a long time. Just look at the cover above. If this is the post-apocalypse, bring it on! 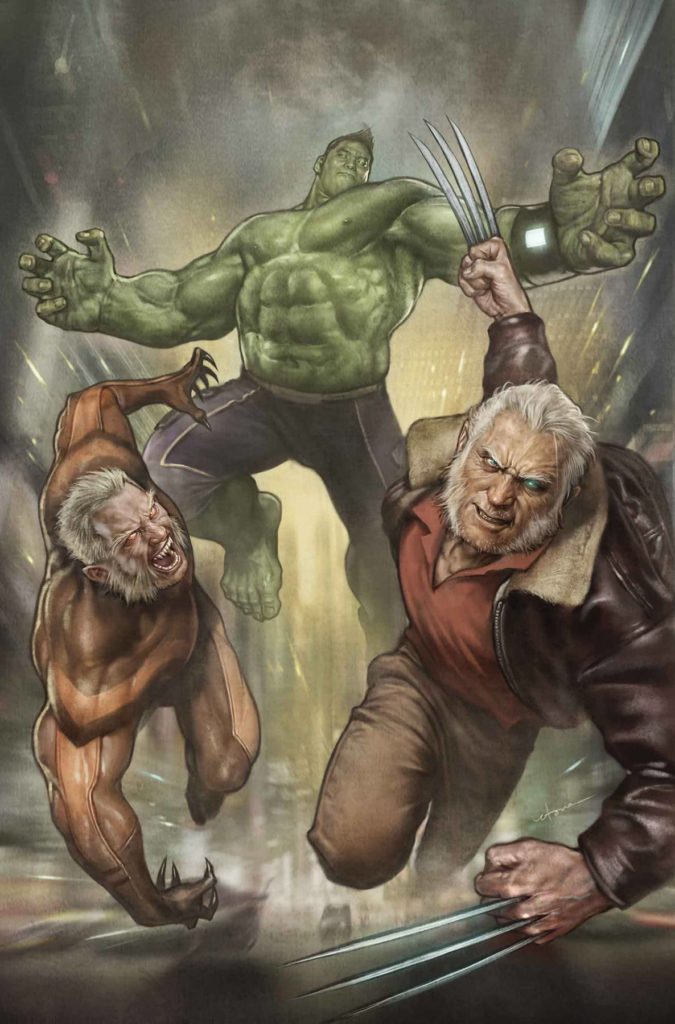 What is this “Weapons of Mutant Destruction” nonsense, and why does it seem so silly? I mean…the the Hulk…with Wolverine claws?!? Well, if anything, it’s an excuse to have the Hulk go up against Wolverine and his Weapon X pals once again and that’s bound to be a blast (the lead up in Weapon X sure has been). Added layer might be having Amadeus Cho rather than Bruce Banner…less rage and more nuance? Eh, who cares, HULK WITH WOLVERINE CLAWS! 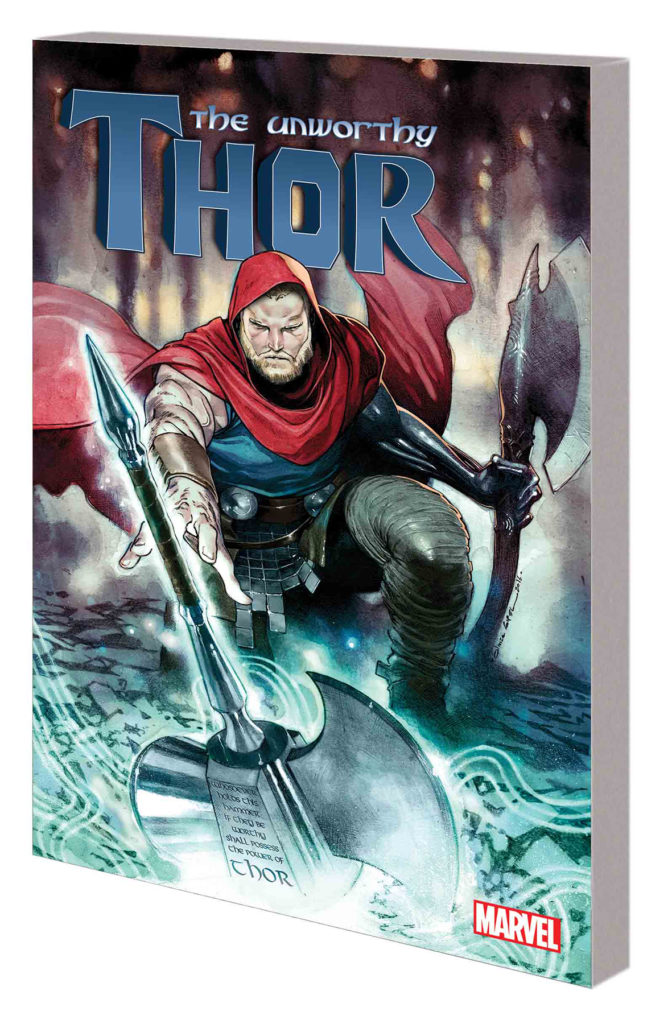 A recommendation from True Believers from the very start, The Unworthy Thor (by the brilliant Jason Aaron) boasts a compelling narrative that centers on Thor’s inability to life Mjolnir. His journey of rediscovery across the cosmos is full of thoughtful reflections on power, epic battles, and a good dose of humor. This trade paperback collects issues #1-5. 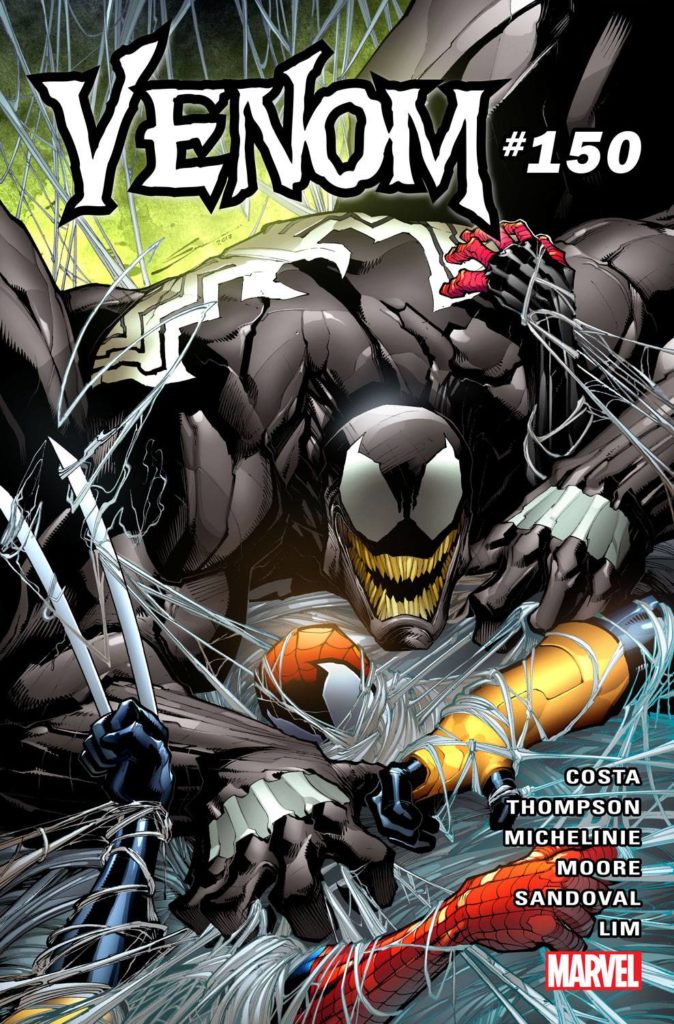 Look, you’re either on board for Venom or you’re not. For me, of all the extreme characters of the 90’s, Venom still works as a wonderfully vicious counterpart to Spider-Man’s controlled morality. Well, whether you like it or not, Venom has been around for at least 150 solo book, and it’s time to celebrate the symbiote. The selling point here, fan or not, is the GORGEOUS Tradd Moore artwork in display. Here’s hoping the story follows suit (though, to be honest, I’m not expecting it to match the pulpy sci-fi  joy of the recent Venom: Space Knight). 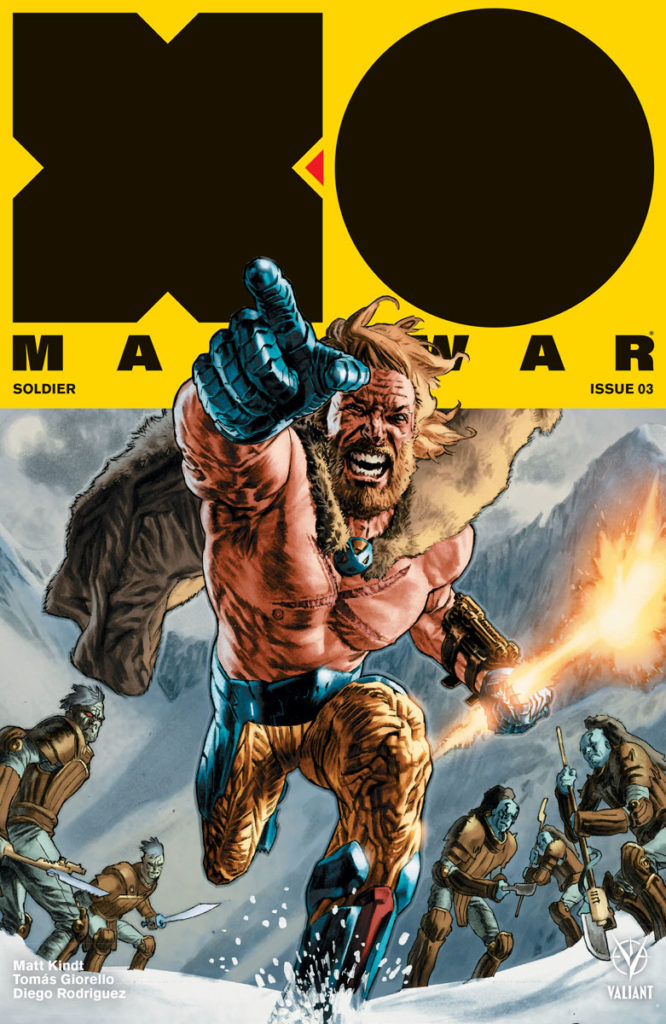 More Matt Kindt! On top of that, I’ve loved something on nearly every page of Tomas Giorello’s artwork. In the latest issue of X-O Manowar, Aric of Dacia continues his hostile journey through a brutal alien planet. The conclusion of this first act promises a last page shocker.