The old adage about desperate times calling for desperate measures is at the center of Aloft (written and directed by Academy Award nominated Claudia Llosa), a film about the relationship between faith and fear and the consequences of that desperation. 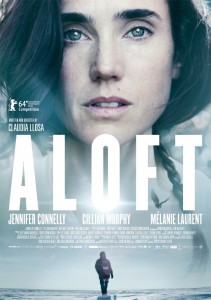 Jennifer Connelly stars as Nana Kunning, the mother of Ivan and his younger brother Gully, who suffers from a rare terminal illness. Frustrated by a lack of progress in her son’s care and, in her mind, the lack of urgency on the part of her son’s doctors, Nana takes Gully to “The Architect,” a man who has established a reputation as someone who can heal people when conventional medicine fails. The results of this decision send shock waves through the family, alienating the older brother Ivan (played as a kid by Zen McGrath and an adult by Cillian Murphy) and setting Nana on a course to becoming a spiritual healer of her own. Aloft parallels this past narrative with one set in the present day as documentary filmmaker Jannia Ressmore (Melanie Laurent) approaches Ivan in order to get to his mother. After much pleading, Jannia convinces Ivan to make the perilous journey with her through the arctic, where Nana has set up something like a spiritual commune. 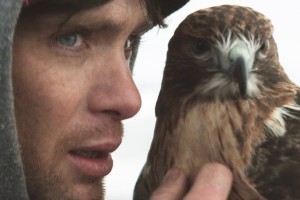 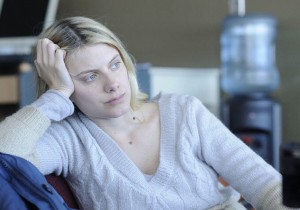 Connelly offers a gritty performance as a mother willing to do anything for one son yet able to abandon the other when she needs him most. Parents of terminally ill or special needs children will relate to both Nana’s actions and emotions and the reactions of other parents to her. McGrath offers a stirring performance as young Ivan, whose frustrations over his brother’s illness hijacking his childhood foreshadow a deep anger that defines Murphy’s equally strong performance. 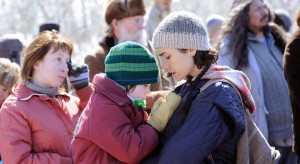 Aloft is a film of contrasts, and Llosa’s use of a slow, deliberate pace to unfold the plot juxtaposes nicely with the its intense, suspenseful beats. Llosa contrasts conventional and alternative approaches to health, healing, and life itself. Conflicting views of faith–how it is judged, rejected, or accepted–are a central theme here as well. In a recent interview, the young Peruvian director told me that she wanted Aloft to address the relationship between faith and fear. Llosa sees a growing reluctance of people around the world to accept, much less embrace, fear and argues that this “fear of fear” directly influences people’s faith. Increasingly, people turn to faith out of a desire to escape, or mask, their fear, which is similar to the way pain medication numbs, but does not cure, the cause of that pain. In this instance, faith is nothing more than a desperate attempt to elude fear. Llosa argues that failing to embrace fear as a part of life (and faith) only empowers it. Fear must be integrated into a life of faith, which will, strangely enough, bring peace.

Aloft (112 mins.) is rated R for language and some sexuality and is in limited release.