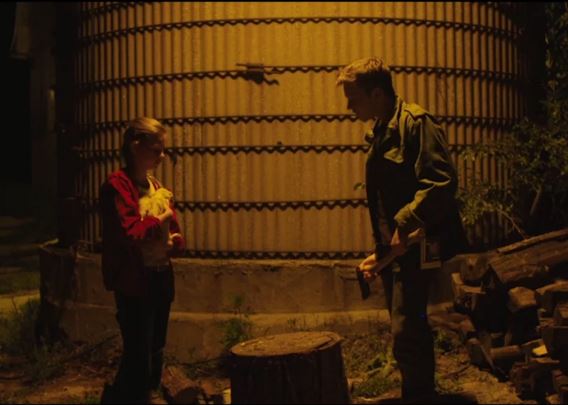 Writer/director Anne Hamilton interned with Terrence Malick. This relationship is abundantly clear in her debut feature, American Fable, which premiered in the Visions program at SXSW. It’s a fitting category because Hamilton is a director of extraordinary vision. Once the storytelling matches her cinematography, she’ll skyrocket to prominence.

In American Fable, Gitty (Peyton Kennedy) lives on her idyllic family farm and spends her days running through cornfields and playing with her pet chicken, Happy. All would be perfect save two problems, her brother Martin (Gavin MacIntosh) is a jackass, and her dad Abe (Kip Pardue) is about to lose the farm. It’s the early ‘80s, and big businesses are buying up surrounding family farms. Some neighboring farmers have committed suicide. To stave off ruin, Abe partners with Vera (Zuleikha Robinson), a mysterious New Yorker, to capture and imprison the developer (Richard Schiff), who’s threatening to buy the farm. What they don’t count on is Gitty finding and befriending their prisoner and working to set him free. 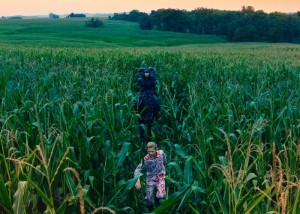 American Fable is full of visual nods to both older and more contemporary fables from Rapunzel to Little Red Riding Hood to The Wizard of Oz and even Pan’s Labyrinth. Hamilton also owes a debt to Guillermo deal Toro. Her costume design for a mysterious black-clad, horned woman riding a horse through the fields feels like it would belong in any of del Toro’s films, as does an impressive sequence in which Gitty suffers a nightmare. The film left me wishing for more of these explicit fantasy elements, but that could have been a budgetary issue. As it is, Hamilton does so much with what she has, thanks in large part to cinematographer Wyatt Garfield and Kennedy as Gitty, who both should have long careers in front of them.

American Fable knows there are monsters in our midst, but it also shows that how we treat them and respond to them says more about us than those monsters. It’s also an interesting conversation partner for another SXSW premiere, Laura Dunn’s The Seer, with their themes of the industrialization of agriculture and the erosion of traditional value systems. There’s an art house release here, and you’ll definitely be able to screen it on some streaming platform(s). Just as intriguing as the film, however, will be what Hamilton gets to do next.