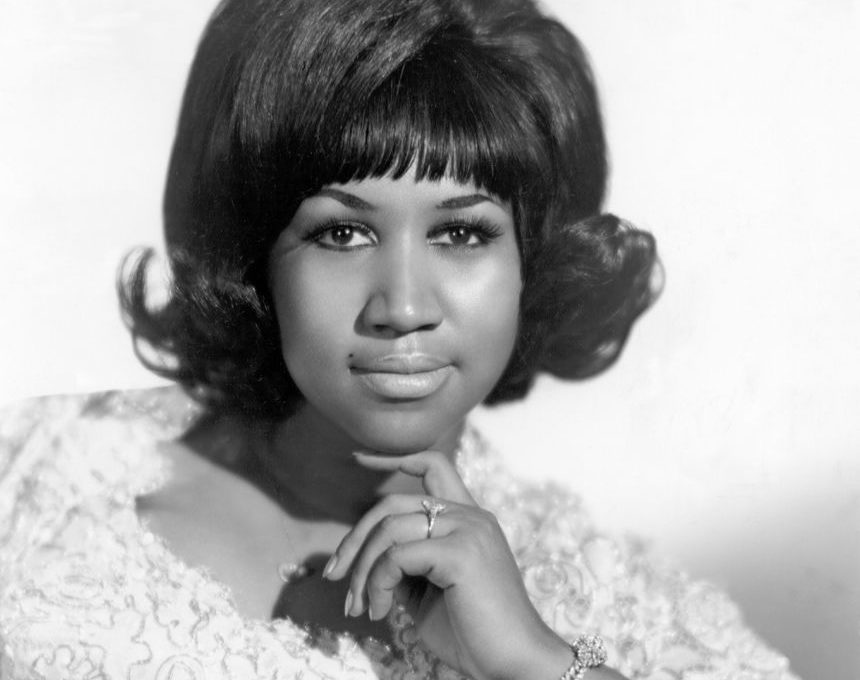 Of course I’d heard the song before. How could anyone with the least awareness of popular culture not know “R-E-S-P-E-C-T”? But it was on a high school band trip that I first noticed Aretha Franklin’s soul anthem. It was my senior year and I was on a school bus, in uniform, holding my trombone, headed to the step-off for our school’s homecoming parade. The bus had speakers and the driver was playing the radio. “Respect” came on, and immediately like the goofy teenager I often was, I started bus-dancing in my seat, with exaggerated, jerky head and arm gestures. Some of the girls on the bus started giggling and dancing along. Then it got to the solo section and somebody turned to one of our saxophonists and said, “Go, Mitch!” and he started miming playing along with the sax solo. It was the perfect band moment–one of those few times when our weirdness as band kids crossed over into being (almost) cool. 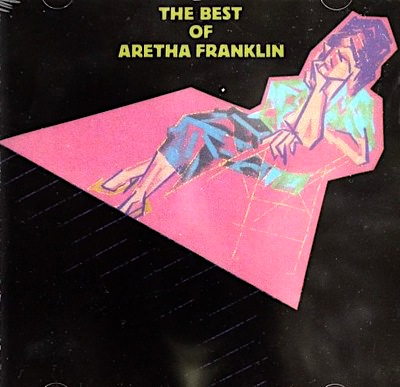 Anyway, it clicked. When I got my first CD player that Christmas, I made sure Aretha’s greatest hits was one of the first albums I bought.

If “Respect” was my gateway to soul, I couldn’t have predicted how much I would love the rest of that album. “Think” recaptured some of the same rhythm and “tell-it-like-it-is-ism” as “Respect” and added a jangly guitar that shadows Aretha’s vocal line. “Dr. Feelgood” and “I Never Loved a Man the Way that I Loved You” taught me about the blues roots of Soul. The album showed me Aretha’s versatility as a song stylist, from the chunky and funky “Rock Steady” to the gospel-tinged “A Natural Woman” to the saccharine-sweet Bossa-Nova of “I Say A Little Prayer.”

In no way was I fully aware of the meaning of the lyrics of all these songs. I didn’t realize “Respect” was about sex until I was an adult. (Although Aretha’s “Whip it to me” might have given me an inkling.) Only recently have I realized how much the song flipped the script by having a woman demand affection from her man because she makes all the money— definitely not something Otis Redding had in mind when he wrote it.

The sensual urgency and searing pain Aretha sang about were adult feelings that I could only try on to see how they looked in the mirror, as I hadn’t yet had first-hand experience of the transcendence and betrayal of love. But seventeen is not too young to understand, “When my soul was in the lost and found,” or “Give me some freedom, right now.”

There was something else in her music that spoke to me beyond the lyrics. As a gay kid I was only beginning to understand the ways society binds up and polices my body and my desires. Desperate awkward dancing on band trips, or my “Oxford drag” of wearing bow ties and cardigans to school, were the only ways I could express my sense of being different. As a black woman, Aretha knew about being bound up and policed, and she spoke something of this knowledge to me in her music.

We need to be really careful about claiming other peoples’ moments and texts of liberation as our own. I don’t think for one minute that Aretha sang her songs especially for gay white boys in the suburbs. Her music comes out of the experience of blackness, and femaleness within blackness. That’s why many of her songs became anthems for women and for black people. In this sense she is always theirs.

But Aretha was generous enough to share her gifts with anyone who needed a good dose of singing through the pain or being indomitable in the face of adversity. “Everybody wants respect,” she said in an interview. “Everyone needs respect. From the young to the very old and in the middle; male, female; we all want respect, and we all want to be appreciated.”

For what Aretha Franklin taught me about respect, especially in learning that hardest of trick of all—looking in the mirror and respecting myself, I am grateful.