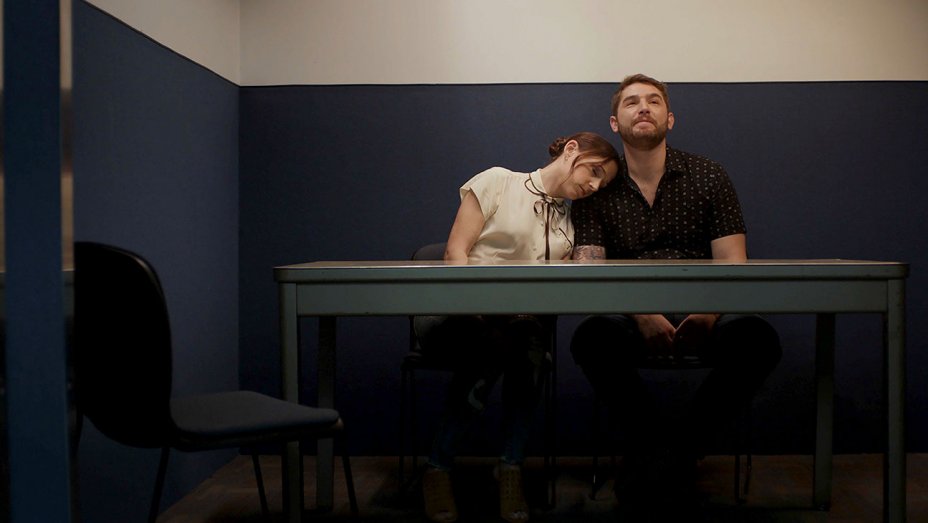 At a time when diversity and representation are a major focus in the entertainment industry, it’s important to note that this primarily applies to gender, race, and sexual orientation. As a result, it’s necessary that we broaden this concern to include people with disabilities and differently-abled communities. The upcoming Sundance Now series, This Close, embodies intersectionality as its main characters are gay, female, male, and deaf. Far from being simply “the new deaf show,” This Close is a rich human drama/comedy with complex characters whose hearing disabilities are only a part of who they are.

This Close follows best friends Kate (Shoshannah Stern) and Michael (Josh Feldman), who live in Los Angeles and have different levels of hearing loss. While Michael is profoundly deaf, Kate wears hearing aids and can read lips. Kate is engaged to Danny (Zach Gilford), while Michael is reeling from a recent breakup with fiancé Ryan (Colt Prattes). Kate works at a talent agency, while Michael is a budding graphic novelist.

The first two episodes of This Close premiered in the Episodic category at Sundance and will launch on streaming service Sundance Now on February 14, with one new episode dropping over the following weeks for a six-episode first season. If the series retains the quality of its first two episodes, then This Close will be one of the best new series of 2018, and the reason to subscribe to Sundance Now.

While the lead characters of This Close are deaf, again, it is not a deaf show. The team went to great lengths to craft a compelling drama that builds on the difficulties, micro-aggressions, and discrimination that people with hearing disabilities endure, all without making the series feel “educational.” While most films or TV series cut out all sound to convey a deaf person’s experience, This Close resorts to more complex techniques. Audio levels may drop or sound fuzzy if Kate’s hearing aids stop working, or deep bass may convey the ways Michael “hears” and feels through vibrations. In many cases, difficulties emerge not out of blatant aggression or discrimination (although there is a shocking example of this in the first episode), but from mere ignorance and a lack of awareness of the breadth of this community.

This Close draws the circle of inclusion wide. Director Andrew Ahn (all six episodes) hopes for a more intersectional future in all facets of the entertainment industry. This Close reminds us of the complexities (and beauty) of all our identities. I had the privilege to interview Ahn for Level Ground’s Making It Queer podcast live in Park City. You can listen to our conversation about his work and This Close here.