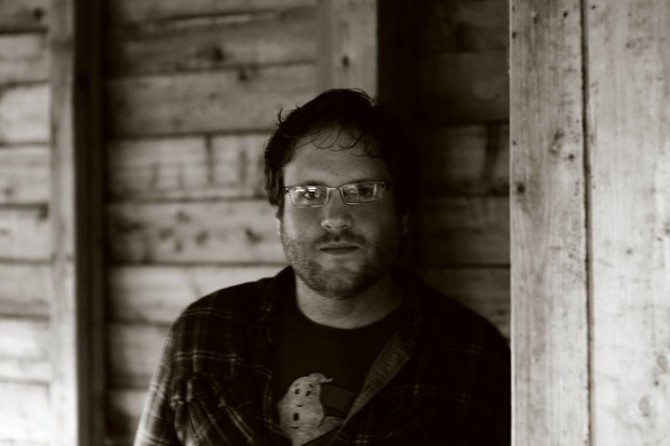 Every now and then…rarely really…I read a book about film(making) that, like I feel after seeing a great film for the first time, makes me want to immediately start reading it all over again. Gareth Higgins‘ Cinematic States is just such a book. It’s not only the best film book I’ve read in a long time, it’s one of my favorite books of the year.

In Cinematic States: Stories We Tell, the American Dreamlife, and How to Understand Everything, Higgins sets out on a daunting task, to explore each of the fifty states through at least one film set in each state, in order to better understand his adopted homeland (Higgins is originally from northern Ireland). His findings are at once beautiful and terrifying…in a word, prophetic. Higgins writes with an incisive wit that would make Billy Wilder proud. I’ve always felt that the work of film critics and scholars says just as much (or more) about the writer as it does about the film. Higgins seems to be aware of this and writes with a brutal honesty about his own spiritual journey that is at times heart-breaking and at others uplifting. The juxtaposition of his film criticism and his self-awareness makes so much other film writing feel hollow.

In case you don’t pick up on it throughout his cinematic road-trip through the United States, Higgins’ clarifies his criteria for selecting films: “[…The] films I give a damn about are the ones that give a damn about me, or at least about people generally, and the struggle to be human in a technophiliac world, driven by the forces of the military-industrial-entertainment complex” (365). I don’t want to give away too much of Higgins’ brilliant analysis of these films and their implications for the states/country from which they emerge. Without a doubt, you’ll discover “new” films, fall in love all over again with old favorites, and learn something new about each of the fifty states. You won’t agree with his choice of films or his assessment of them, but if that trips you up, then you’re missing the bigger picture. Ayone who devotes 5 1/2 pages to the greatness that is The Goonies (1985) clearly knows what he’s doing.

In Cinematic States, Higgins becomes something of a cinematic de Tocqueville, who calls it like he sees it. Of course, he has a more holistic and healthier vision for how we can better answer the higher calling to which we collectively and individually aspire (as either residents of a democratic state, Christians, or both). I’ve encountered precious few film writers who see through finished products to uncover what they say about who we are, where we’re from, and where we’re headed as Higgins does. It’s worth sharing two examples of this vision. In writing about Ace in the Hole (1951), Higgins comments on its relevance to the current state of journalism/entertainment in the United States: “And it [still] feels like reality, because it’s pretty obvious from a sampling of US prime time television that turning human suffering into dollars is a national sport. Game shows bribing marriages into oblivion through public confessions, close-ups of the aftermath of murder, the publication of psychiatric records that destroy people’s careers—all in the public interest” (237).

About one of my favorite films Higgins writes, “The most disturbing thing about Fargo [1996] is the fact that the Coen Brothers don’t feel the need to explain why the protagonist is in financial difficulty. They just take it for granted that this is the way of the world, that everyone in the audience will identify with the notion of not being satisfied with what they have and how quickly a sense of lack can turn itself into fear. And it doesn’t take very long for this fear to transform itself into violence” (249). Higgins is rightfully attuned to the prevalence of violence in both American film and the culture at large, and his engagement with this horrific reality transcends any sort of banal conversation about which comes first.

Higgins’ introductory and concluding chapters reminded me yet again of why it is a good and right thing to be passionate about film. If you’re remotely interested in film, American history and/or current events, religion/spirituality, or delicious literary cocktails with these ingredients, then you have to read Cinematic States. It’s available through Amazon in print or digital format.