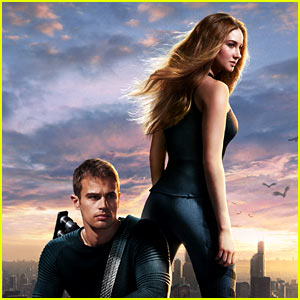 In defense of this review, I haven’t read the books.

The latest installment of what is increasingly becoming its own genre, YA (young adult) fiction adaptations, Divergent suffers from a lack of an effective villain against which the heroine fights. It is also hampered by a world plagued by narrative gaps.

Like The Hunger Games, Divergent is set in a post-war dystopia in which society has been divided into groups (factions). Unlike it’s more successful (and better) counterpart, the violence of Divergent teems just beneath the surface. In the world of Divergent, society in-post war Chicago is divided into five factions, Amity (farmers), Dauntless (police/soldiers), Erudite (scholars), Candor (lawyers?), and Abnegation (servant leaders). At 16, kids take a personality test that determines their faction; however, they can also choose for themselves during their initiation ceremony. Rogue citizens, whose tests come back inconclusive, are known as divergents and are a threat to the status quo.

When Beatrice/Tris (Shailene Woodley) takes her test, the results come back inconclusive. Her administrator tells her to keep it a secret and to tell anyone that asks that she tested Abnegation, the faction into which she was born. Facing a free choice, Tris chooses Dauntless. Along with the Dauntless-born and the other transfers, Tris undergoes harsh training at the hands of Four (Theo James) and Eric (Jai Courtney). Along the way, Four suspects that Tris is more than meets the eye. Tris also hears rumors of Erudite’s plan to overthrow the Abnegation-led government. As the story develops, Tris must embrace her identity as a divergent while keeping it a secret, endure her training, evade betrayal, and face down the tyrannical Erudite leader, Jeanine (Kate Winslet).

While Divergent present an interesting world, it begs too many questions. Why can transfers no longer see their families? Wouldn’t this foster the very resentment and conflict that this post-war society is trying to prevent? What has Abnegation done that makes them the target of ridicule? Where are the Candor truth-tellers? Most importantly, what is the larger external threat to this society? With whom were they at war?

This is, perhaps, the chief problem with Divergent: it has no effective villain/threat. Dauntless trains vigilantly (sometimes problematically so), but for what? Most of the time they just run around climbing on and jumping off things. When we realize that the threat is indeed internal, the whole oppressiveness of the status quo theme becomes, well, oppressive. When Jeanine brainwashes Dauntless, this distracts from the reality that most of the survivors are all already that, brainwashed into participating in this troublesome division.

There are a handful of interesting themes here for younger audiences, particularly notions of living into your identity, which is always fluid or composed of multiple identities. Or as Tris puts it, “We don’t fit into boxes.” Divergent does show the painful realities of leaving family and friends behind when living into independent identities. It also shows, through Jeanine’s attempt to take control, that the desire to eliminate weakness is itself a dangerous weakness of human nature as well.

Divergent benefits from strong performances, particularly the beautiful and effective Woodley and the brooding James. There are some neat dream sequences in which Dauntless initiates have to overcome their fears. At 140 minutes long, however, it feels plodding, especially when there are, no doubt, two sequels in the works.