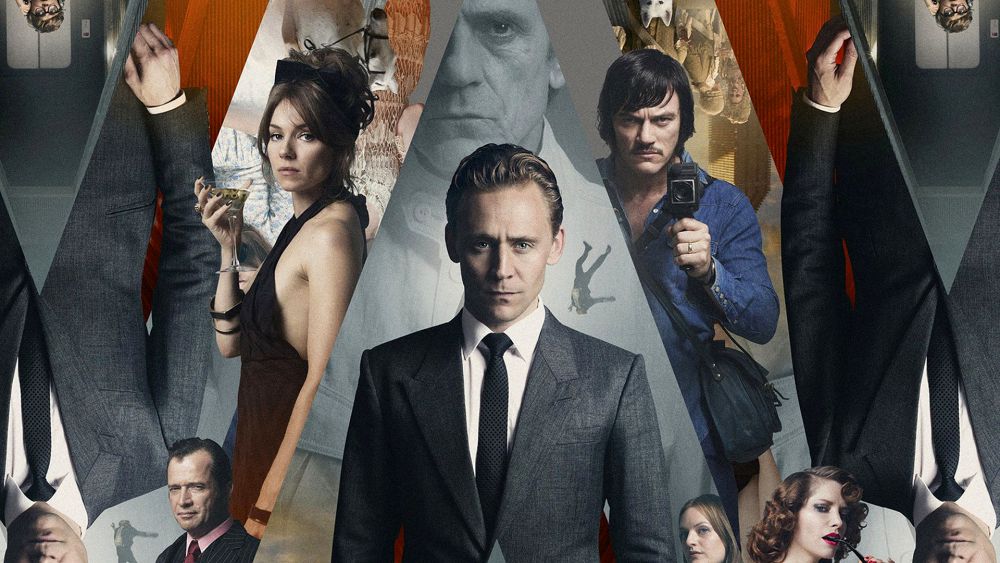 In High Rise, doctor Robert Laing (Tom Hiddleston) moves into a luxurious, 1970s London skyscraper that features a wealth of modern conveniences. As its residents become more closed off from the outside world, the infrastructure begins to fail (power outages, wine shortages (!), and the like) and tensions between the stratified classes become apparent. The building soon descends into violent chaos. High Rise also stars Jeremy Irons, Sienna Miller, and Elisabeth Moss.

RP: High Rise is a hot mess. It’s hot because it looks good and features some inspired shots/sequences throughout. I’m also a sucker for a dystopian/apocalyptic narrative, especially one like this that finds the seeds of our destruction in the current moment, or as Laing puts it, “We are living in a future that’s already happened.” But it’s a mess because the themes of class warfare, wealth inequality, etc. are so heavy-handed. Unless this heavy-handedness is the point or is pointing to something else and I’m just missing it. It’s also regrettable how poorly the film treats women, which makes its potentially pro-feminist conclusion–the mass stabbing of Wilder–feel hollow.

On a side note, our friends in the UK actually live in an apartment complex that is economically stratified. They’re in the middle, and now I’m scared to go stay with them.

BG: I will give you that it’s heavy handed but I don’t think it’s a bad thing. I’m hard pressed to even think of a dystopian/class warfare sort of movie that isn’t. Snowpiecer was heavy handed – hell, even A Clockwork Orange is! What I found so marvelous about how High Rise handled it’s themes, however, is that the characters seemingly went out of their way to ignore the chaos that unfolds around them. It’s a class warfare movie that fights to maintain its class. For me, this made the movie an exciting and unnerving trip.

But, yes, the women/feminist issue is alarming but I think it might be intentional. The movie takes place in a 70’s sort of atmosphere, a time where the “women’s lib” movement was in full swing and still barely taken seriously. So, while the men are all barreling forward as if nothings changed, the women are, in little ways, taking power for themselves (often in the form of Tom Hiddleston’s Dr. Laing) culminating in the mass stabbing. My only problem there is that I think the wrong man got stabbed.
Also, economically stratified apartments are inherently creepy to me. I would probably take the apartments from “Attack the Block” over the one in “High Rise” even if I were at the top. 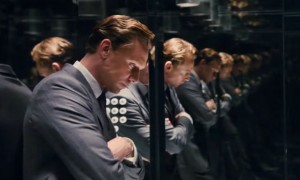 RP: Good point on heavy-handedness. Who do you think should have been stabbed?!

One of the reasons that I love dystopian and post-apocalyptic films is, often, their production value. I think this is an area where High Rise excels. From a production standpoint, I’m always curious about budgets and location shooting vs. shooting on a sound stage. This is one of those films where I think a “making of” featurette would be just as interesting.
Also, I find it interesting, although not at all surprising, that religion (in any form, but particularly institutionalized) is completely absent from the film. Although, given the comparatively recent and rapid decline of religious institutions in Great Britain, it would have been interesting to see one floor devoted to the Church of England or some sort of cult. There is that painting in the Architect’s apartment that seems to have a cult motif, and the whole upperclass feels like a cult. I was wondering if they were going to sacrifice or rape Elizabeth Moss’ character. Rosemary’s Baby anyone?
BG: Well, it might be a bit on the nose, but I think the Architect deserved it most. It was his mess to begin with and one that he allowed to fester either through ignorance or sheer will. I think Wilder was chaotic neutral at best but had decent intentions at the start in hoping to depose the king. It’s too bad he lost his mind/soul trying to figure out how to do so. The Architect, however, never seemed to have a heart from the start.
The religious question is an interesting one but, to be honest, one that I hadn’t considered while watching the film. Perhaps it’s because of the secularization of Great Britain that I hadn’t expected it or maybe because the film itself seems to be so solely concerned with the economic state that nothing else really matters. But, I guess you’re right, that is their religion. Their professions–doctor, actress, filmmaker–only mean as much as where it gets them and, even then, some of them seem to be born into cult regardless. But it does raise an interesting question about the baby–had they rescued the baby to bring it up to their status? What was with that horrifying scene where she was brought up to the top? I was certainly fearing a sacrifice of some sort only to be jarringly met with a birth ringing through the ducts of the building.

RP: If we squint, we could see The Architect as some sort of divine figure, which would certainly put to shame many atonement theories that portray a helpless humanity against an imperfect, weak, twisted, and/or foolish deity. Sticking the different classes in a high rise apartment and telling them to get along (or toying with them with power outages or wine shortages) echoes the Garden of Eden and God putting Adam and Eve there but telling them not to partake of that one tree.

But we’ve hinted at it and the spiritual themes seem apparent. When you remove an impetus to sacrifice of self and care for the least of these, all we are left with are those empty orgies and some pretty rotten hangovers.
BG: Getting some Gnostic vibes from that assessment–are they trapped by their dependence upon the material, the vain, and the selfish? Then again, I wouldn’t say Laing was any more free than when he began trying to win the social approval of the high rise. Which actually raises an interesting question – who was he even? What did he want or get out of his interaction with the high rise (aside from some roast dog, I suppose…)?

RP: That’s another great question (and potential shortcoming of the film). Who were any of these people? They were more archetypes than real, breathing characters, which is, perhaps, why our inability to fully identify with Laing all the more frustrating.

BG: But you could argue that the disconnect from identifiable characters made the experience all the more dizzying and enjoyable. Thinking about it all day really makes me want to watch it again!

RP: Speaking of watching it again, when you told me that you had seen the film for the first time, you were thrilled by the soundtrack. What about it grabbed your attention?
BG: Oh the soundtrack! I am still aglow from the soundtrack. For a majority of the film it maintains this wonderfully classic, orchestral score, one that seemingly belongs in an old school romance. Aside from a couple of delightful and disorienting foreign disco tunes that purposefully disrupt the flow of the film, the soundtrack has this lovely air to it that bucks against the unfolding chaos in a really magical way. The best soundtracks function as a secondary script to a movie and this one, I thought, mirrored perfectly the characters’ relentless maintaining of social airs as everything broke down around them.