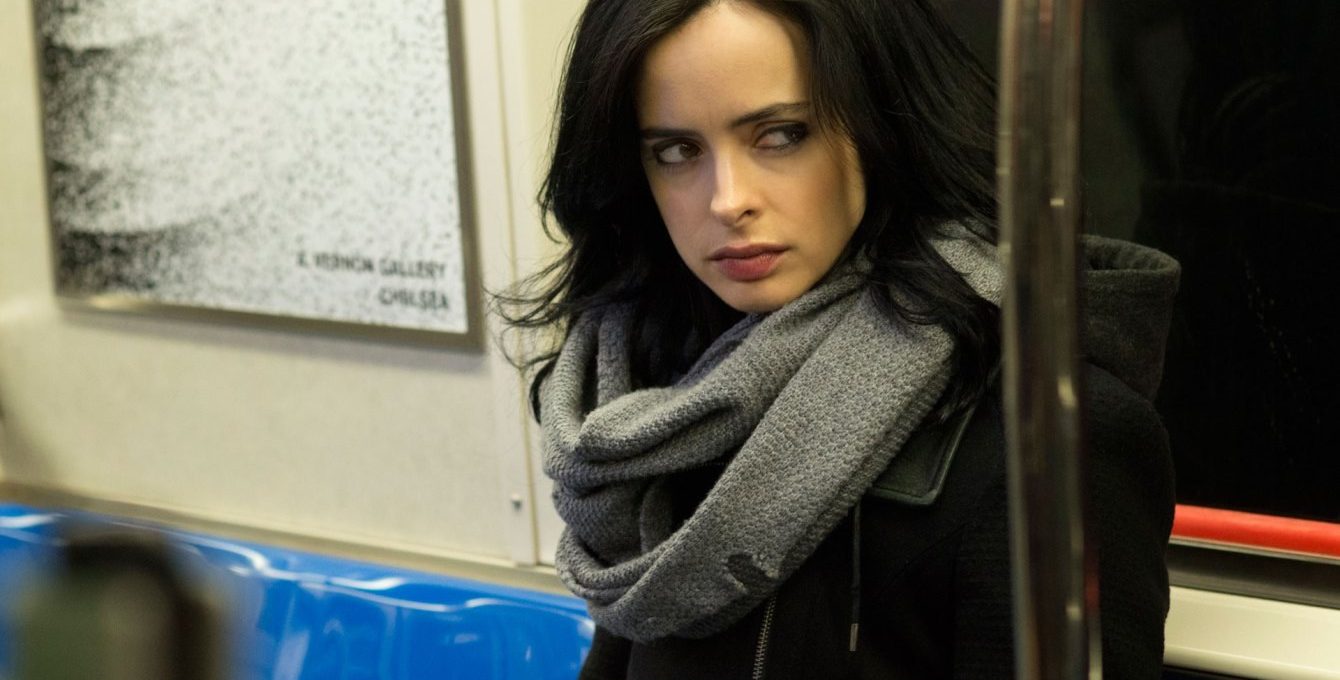 Like me and thousands of other fans, you probably binged or finished binging Netflix’s fantastic new series, Jessica Jones, over the Thanksgiving weekend. I wrote briefly about the first few episodes last week and highlighted some of the elements that made it a promising series. Those strengths persisted through the first season finale and introduced several other contemporary themes. While it’s a deeply satisfying series, there are a couple of moments that gave me pause.

The second half of the series finds Jessica, with the help of Trish, Luke, and Simpson, caught in a cat-and-mouse game with Kilgrave. He either slips from her grasp or other characters like Hogarth frustrate her attempts to pin the murder of Hope’s parents on him. As the series draws to a close, we learn more about Kilgrave’s motivations and the lengths to which he will go to get what he wants, as well as what Jessica is willing to do and sacrifice to stop him.

Other viewers and critics have commented on the series’ complex feminist themes, the heart of which involve Kilgrave’s designs on Jessica, particularly that she be a submissive housewife (read rape victim). Yet this is another reason why Kilgrave remains one of film and television’s most compelling villains. He has explicit real-world parallels (one reader drew links to the Quiverfull movement). Yet Kilgrave, with all his power, also represents other mindsets and entities that exercise control over our communities. In my previous post on the series, I compared Kilgrave to ISIS, but he might be a stand-in for the NRA, hyper-conservative political and religious leaders, and those who support them. But in Kilgore, and specifically Jessica’s (or the writers’ ultimate treatment of him), we find another indictment of our pop, religious, and political cultures.

In the aptly-titled episode, “AKA WWJD?,” Jessica offers Kilgrave a better future and shows him a way forward in which he can use his powers for the good of humanity rather than his own violent, selfish ends. It should come as no surprise to anyone who hasn’t seen the series, but the writers don’t take this narrative path. Granted, if they had, there wouldn’t be much of a series going forward, but this statement alone should give us pause. What does this say about our desire for conflict and the violent resolution of it? Like the episode, many of us ask, “What would Jesus do,” pose the logical answer, and make a completely opposite decision. Isn’t–or shouldn’t–Kilgrave’s redemption be the greatest promise and hope for Christians…or people of any faith for that matter? We claim that no one is ever completely lost or beyond the Divine’s ability to break into their lives and change them for the good. Yet in our real and mediated worlds, we rarely give them the opportunity to experience this transformation.

Jessica withholds this future from Kilgrave (and given his previous hold on her, it’s hard to blame her), and her pursuit of justice (revenge) makes her just as frightening and dangerous as her nemesis. In Episode 9, “AKA Sin Bin,” Jessica’s  willingness to torture Kilgrave as haunting images of his tormented past play in his cell is one of the more horrific sequences in recent super hero narratives. This scene simultaneously humanizes Kilgrave while dehumanizing Jessica. As in most cases of torture, it fails to achieve the desired results, and, in this case, further enrages and empowers Kilgrave, who enacts some of his most brutal violence in the final few episodes.

But perhaps this is why both Jessica Jones and Jessica Jones are such compelling entities. They lead us to larger questions and force us into self- and communal examination in ways that few other series and characters do. They remind us that we are all victims and violators, who frequently know the path we should walk, yet consistently choose a more destructive route.

All 13 episodes of Jessica Jones are currently streaming on Netflix.