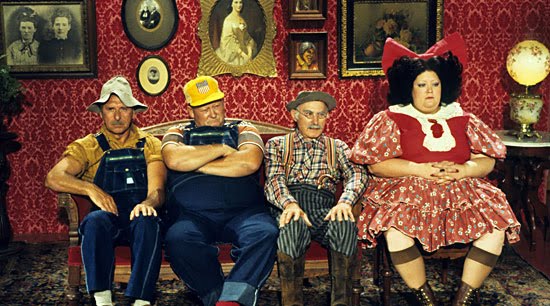 There have been many moves the Church has made over the years to render itself irrelevant. The Roman Catholic Humanae Vitae comes to mind, in which by rejecting “artificial methods of birth control” the Vatican made itself irrelevant on issues of marriage and family life to the 90 percent of Catholics who don’t see using birth control as a sin. My own liberal Protestants have worked hard to contribute to their own irrelevance by adhering to modes of church organization and worship that do not speak to a younger generation that would be largely sympathetic to their message. And now, the evangelicals have lashed themselves to the sinking ship of the culture wars with the anti-LGBTQ+ “Nashville Statement.”

The statement is largely in line with other statements against same-sex relationships that have made a big splash in the media and then been completely forgotten by the public at large. (Remember the Manhattan Declaration? The Homosexuality Ethics Statement of the Christian Medical and Dental Associations? No? You’re not alone.) Anyway, you know the drill: God’s “plan for human relationships” is heterosexual, involving one man and one woman in married monogamy. Maleness and femaleness are “complementary” and yet, women are still to “submit” themselves to their husbands.  Homosexuality is against the Bible, but if the queers just pray hard enough, they can change.

What seems to have changed with this most recent salvo is that transgender people are now included in the blanket condemnation of all things non-hetero and non-gender binary. It’s taken a while for evangelicals to cotton on to the existence of transgender people, and one can understand their shock that they’ve been sharing public restrooms with trans folks for at least the last 65 years.

Despite my firm belief that this is the death rattle of a dying ideology, there are several troubling reactions the Nashville Statement causes for me:

1.) There are still LGBTQ+ young people trapped in evangelical and other types of conservative Christian homes and churches who will continue to suffer and even die because of this statement. Studies have shown that the most important factor in LGBTQ+ young people’s adjustment as healthy adults is parental support. How many parents will read the Nashville Statement and continue to believe the best thing they can do for their queer children is to deny them the acceptance and support for their sexual orientation and gender identity they so desperately need?

2.) The religious right’s discovery of trans people is a disturbing development. It means they will use their still-considerable financial resources and political clout with the Republican party to make life even more difficult for one of our most vulnerable populations. Studies show that nearly a third of trans people have attempted suicide in their lifetimes. Trans women of color are particularly vulnerable to violence and murder. The Nashville Statement only adds to the cacophony of voices egging on the fears of those who falsely believe trans people pose a risk to social order and should be dealt with violently.

3.) Finally, I actually have some sympathy for the men—and it is mostly men—who developed and signed this statement. In making rejection of LGBTQ+ people a central tenet of evangelicalism, they have lashed themselves to a sinking ship. They are sandbagging against a flood tide of change. They are caught between the Scylla of their unbending fundamentalist beliefs and the Charybdis of cultural irrelevance. I’m sure there are other nautical metaphors I can think of but the fact is, increasingly and decisively, Americans accept same-sex marriage, and are supportive of government protections for trans people.

It’s hard when you’ve worked for something your whole life and seen it come to nothing. It will be even harder on their children and grandchildren when these well-publicized documents are still around showing how historically wrong and against the Gospel their fathers and grandfathers were.

I do worry for their souls. Not that I think they’re going to hell, a place I don’t believe in, but they’re depriving themselves of the love and friendship of queer people, who, at the risk of sounding self-aggrandizing, are some of the most fun, interesting, creative, and deeply spiritual people I know.

Luke 17: 2 comes to mind, in which Jesus said, “It would be better for you if a millstone were hung around your neck and you were thrown into the sea than for you to cause one of these little ones to stumble.” The millstone of the religious right’s own stubbornness to the movement of the Holy Spirit on LGBTQ+ acceptance must be a very heavy burden for them to bear.

The only “Nashville Statement” I believe in.