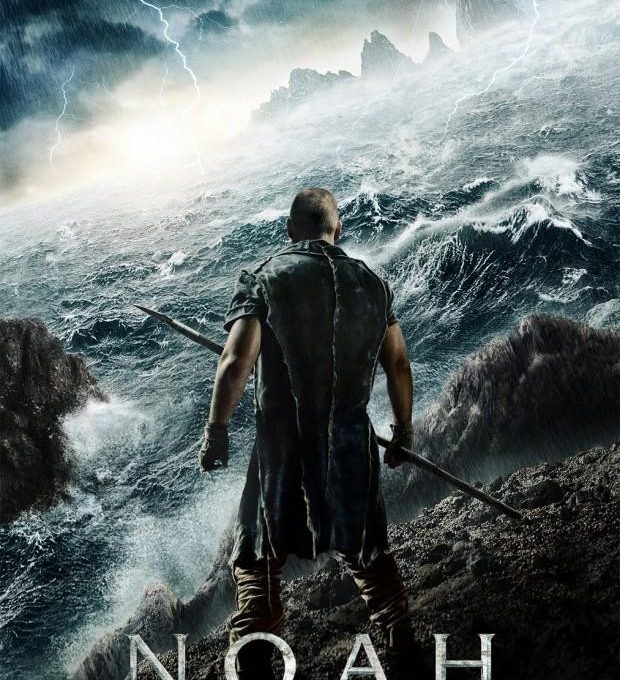 NOTE: This review contains detailed spoilers, many of which you’ve no doubt already heard. If this bothers you, you know what to do.

Darren Aronofsky and Ari Handel’s Noah, which releases in theaters this weekend, is the most beautiful religious film ever made. It’s also, despite all the unfounded controversy, one of the most biblical of biblical epics ever made. Like Cecil B. DeMille and Charlton Heston did with Moses, Aronofsky and Russell Crowe will certainly influence interpretations of Noah for years to come.

Like Titanic, most moviegoers will have an idea of what happens in Noah. But how Aronofsky and Handel execute what happens is certainly beyond any viewer’s wildest imagination, which is what makes Noah such a compelling work of art. As my friend and fellow Noah-fanatic Bo Sanders argues, Aronofsky and Handel have created a film that explodes our cookie-cutter notions of this story and inspires us to think deeper (and more creatively) about this familiar myth.

Noah begins with a quick, familiar retelling of major points in the Hebrew Testament: Adam and Eve, Cain and Abel, and the rise of the descendants of Cain who spread wickedness across the earth. One man, Noah (Russell Crowe), and his family remain righteous, living lives of solitude and care for the earth. They’re vegetarians who refuse to take more than they need (if this offends you, you might need to read your Bible more closely). Noah has a dream in which he intuits that the Creator will destroy humanity. He also knows that he must visit his grandfather Methuselah (Anthony Hopkins) on his holy mountain for further insight. Noah and his family, wife Naameh (Jennifer Connelly), Shem (later played by Douglas Booth), Ham (later played by Logan Lerman), and infant Japheth, set off across a barren, already seemingly post-apocalyptic wasteland. Along the way, they rescue an abandoned young girl, Ela (later played by Emma Watson).

Through conversation with Methusela, Noah realizes that the Creator will destroy/cleanse creation with water and that it is his calling to save the innocent (the animals). He plants a seed from Eden, and a new garden (forest) blooms. Noah and his family set out building the ark…with the help of giant stone creatures known as the Watchers, Aronofsky’s interpretation of the biblical Nephilim, fallen angels in love with humanity (think stone version of the Ents from The Lord of the Rings). The overnight forest, construction of the ark, and the migration of the animals draws the attention of Tubal-cain (Ray Winstone), a warrior leader who dominates the earth, taking what he needs and eating animals for their strength. Tubal-cain forgets that, as Noah puts it, “strength comes from the Creator.” When the flood begins, Tubal-cain leads an army to board the ark, and while the Watchers keep them at bay, Tubal-cain manages to sneak aboard.

Aboard the ark, Noah and his family are haunted by the screams of the dying. His children beg him to reconsider, but Noah is resolute. Here, the film transitions into something of a psychological character study, as Noah deals with the guilt of being a co-creator of this death and destruction and makes plans to further execute (literally if necessary) God’s vision of a new beginning. When the ark finally crashes ashore, Noah lives in a cave separate from his family, drunk and alone.

I could write a book on the theological implications of Noah and it’s effectiveness as a film (I’m well on my way here, I know). A few more paragraphs will have to suffice. As I said at the beginning, this is the most awe-inspiring biblical epic ever made. There are images of grand destruction and intimate beauty that stir the soul. Aronofsky’s interpretation of how the animals migrated to the ark is one of the more ingenious parts of the film. On the other hand, the scene of thousands of survivors clinging to a rock at the outset of the flood only to be washed away moments later is one of the most haunting scenes in both the film and the genre.

In terms of its relationship to scripture, I can fully affirm Aronofsky’s assertion that nothing in Noah contradicts the text. For those who disagree and/or have a problem with this, then they better be prepared to trade in their copies of Cecil B. DeMille’s The Ten Commandments and even Mel Gibson’s The Passion of the Christ, both of which are full of “extra-biblical elements.” So what makes Noah so completely different from these other films in the minds of the haters? Perhaps it’s what Aronofsky’s “biblical inaccuracies” are in service to. Given the reactions of some conservative religious viewers to the film, it seems that we can finally rank environmentalism right up there with sex as offensive cinematic themes. Noah-haters accuse the titular character of being an environmentalist who fears overpopulation. They spout these words with the same vitriol reserved for Nazis, communists, and socialists. There’s only one element of Aronofsky’s film that I have trouble swallowing, and it’s not this. If you guessed the Watchers, then you’re right (but mine is more of an aesthetic frustration than a theological one).

Noah understood, no doubt far better than we do, humanity’s intimate connection to the rest of creation. He also understood that the well-being of the rest of creation is a key point in God’s relationship with humanity. When God gives humanity dominion over the earth, it is with the same understanding of loving stewardship that lies behind Joshua’s much later claim that “as for me and my house, we will serve the Lord.” Now whatever reason you might “support” for God deciding to destroy creation with a flood (and why that doesn’t unsettle Noah-haters more I’ll never know), it is clear that the betrayal of this servant status is at the heart of that divine anger. When we violate creation, of which humanity is a very small part, we violate God (see Marjorie Suchocki’s The Fall to Violence for a more extensive articulation of this theology).

In this sense, I think Aronofsky is far more faithful to the spirit of the biblical narrative than DeMille and other directors of biblical epics, who traded in sex and violence to draw audiences in. Rather than relying on spectacle (and Noah gives it to us in spades) to wow the audience or celebrate God’s awesome power, Aronofsky forces us to think deeply about this all-too-familiar biblical narrative and its implications for divine power and human agency. He turns our attention inward, and implicitly forces us to consider what place we might take in that narrative and how, like Noah, we are equally wicked and good. Perhaps this is the cause of some viewers’ discomfort with Noah: we don’t like to undertake such uncomfortable self-reflection. I know I don’t.

Here are some reviews and interviews with Aronofsky and Handel that I found particularly interesting/helpful.