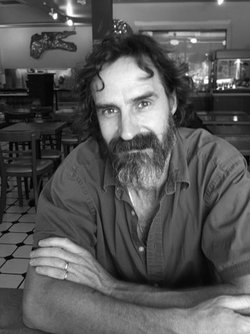 As election season trudges on and troubling laws are passed in places like Mississippi and North Carolina on a weekly basis, few books are as timely and necessary as Paul Froese’s On Purpose: How We Create the Meaning of Life.

On Purpose is not a self-help book. Froese (a sociology professor at Baylor University) isn’t as concerned with helping readers find their purpose in life as much as he is helping us understand how we (and others) find purpose and make meaning, whether it be secular, religious, political, or economic. Froese’s research will both help individual readers better understand how they have come to value what they hold dear and, more importantly, how those who think/believe/act differently have come to their own conclusions. Understanding the core similarities between various meaning-making processes could help us overcome what seem like insurmountable differences. 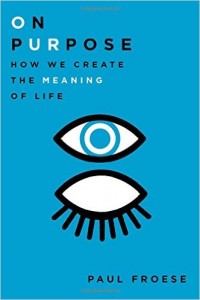 The great gift of On Purpose is Froese’s assertion and clear articulation that meaning/values/purpose are not shaped in a vacuum. While we benefit from imagination—the ability to dream dreams and envision a future different from (brighter than?) our current circumstances—that too is shaped by our geographical, economic, and historical locations. Froese writes, “You don’t get to choose your purpose in life. It depends on systems of meaning ascribed to you by your social and historical circumstances, which determine your belief in Truth, your sense of self, and your experience of time. Together these define your purpose. Isn’t that uplifting! No, it is downright stultifying” (153). Of course, there’s a less depressing way of understanding this.

We are lured into, belong to, and are shaped by what Froese calls Communities of Truth. Froese reflects on these groups:

Communities of Truth build confidence in their beliefs through emotional attachment rather than reasoned debate. For this reason, the power of Truth does not lie in a religion’s doctrine or sacred text but rather in the dedication followers have to each other. Feelings of group love are fused with conceptions of religious Truth. […] Group loyalty also helps explain why believers are willing to pay the ultimate cost–martyrdom–for religious Truth. […] It may be more accurate to blame global terrorist activity on in-group love than out-group hate. (107, 110)

This begins to get at something that I discussed in a recent article on The Invitation and The Path, particularly how we understand our membership in religious communities. Froese’s comments here seem to echo Phyllis Tickle’s assertion that we belong, behave, and believe.

Of course, Communities of Truth evolve over time and across geographical distances. Froese does a good job of showing how some of our more “pressing” theological and religious disagreements are actually relatively new. He writes, “Without the printing press or the ability to read, average citizens form past eras could not be biblical literalists. Literalism requires a text and the skill to decipher its markings. For this reason, biblical literalism is modern, based on historical developments and community dynamics that made the Bible an accessible source for Truth” (40). Nevertheless, these disagreements fuel heated debates at best and violence at worst.

In the South, we had a saying, “There’s no mean like church mean.” Froese puts a more academic spin on this folk saying: “Ironically, the universal desire to be good is what drives people to be bad. Righteous groups tell their members that they are better and more moral than anyone else; this satisfies a powerful moral hunger in us all. […] Consequently, the most righteous individuals also tend to be the most obedient to moral authorities. Their sense of self is tied inextricably to the purpose of the group and in extreme cases may lead to terrible acts like suicide bombing” (98). Or passing laws to protect “religious liberty” while simultaneously discriminating against entire groups of people.

On Purpose is the good kind of academic work. While Froese bolsters his analyses with studies and surveys, facts and figures, there are also real implications for how readers can better understand their own lives and interact more peacefully with those who conceptualize their meaning and purpose in contrasting ways.

On Purpose is available on Amazon (in print or on Kindle).