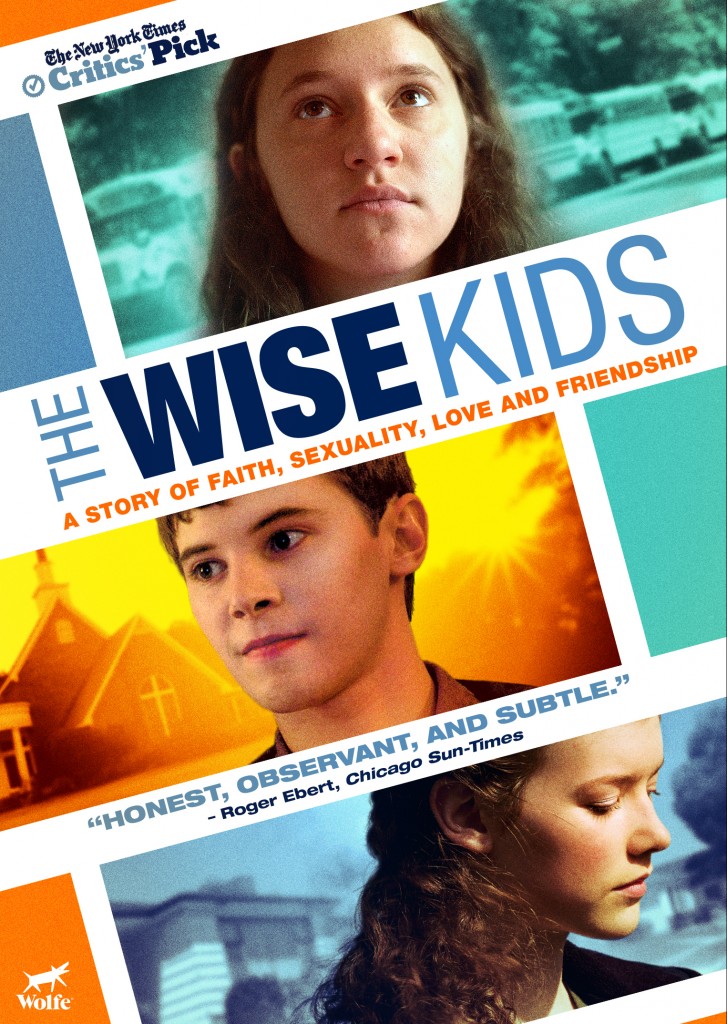 I am of the notion that there is not a singular Apocalypse. Apocalypses happen multiple times in one’s life: those moments when the ground beneath you shakes and the veil of reality rips, and whether you’re ready for it or not, one age is over and a new one begins.

For many young adults, the first great apocalypse is high school graduation. The highly structured environment of high school begins to rupture and fall away. Friendships and family relationships strain and you cross the threshold between your life as a child and your life as an adult. Some people find this stage of life exhilarating. I found it terrifying.

The Wise Kids, written and directed by Stephen Cone, is about three seniors facing the graduation apocalypse, and the interminable purgatory between college admissions letters and freshman orientation. Though the film came out in 2011, it’s now widely available on Netflix. And this review is in anticipation of Cone’s most recent film, Henry Gamble’s Birthday Party, dealing with similar themes, which will be out on DVD May 3rd.

The three Wise Kids are members of a Baptist church in Charleston, South Carolina. They include Brea (Molly Kunz) the preacher’s kid who is having doubts about her faith, Tim (Tyler Ross) a creative and seemingly self-possessed young gay man on the verge of coming out, and Laura (Allison Torem) a holy roller who tends to describe God in superlatives like “awesome” and “amazing.” Rounding out the film’s major characters are Austin, the church’s closeted musical director (played by Cone), and his wife Elizabeth (Sadieh Rifai).

The film is a slice-of-life melodrama in which the center of gravity falls on each of the characters in turn. And perhaps here the apocalyptic metaphor works as well. In Greek, apokálypsis means an “uncovering” or “revealing,” and Cone “uncovers” each of the characters slowly and carefully as the film moves on.

With Brea it starts with sideways glances during one of Laura’s interminable prayers. Then she forgets the words to a hymn she’s singing in front of the church with the choir. In her part as Mary Magdalene in the church’s passion play, she just can’t seem to capture the enthusiasm of seeing the risen Jesus (played by the teenage boy in church with the longest, darkest hair, of course). Her spirit reels when she furtively Googles “religions before Christianity” and finds that other religions have virgin birth narratives.

She and Tim seem to be in cahoots throughout the film, sharing secretive looks, already developing that close bond that forms between gay men and girls that disappoint their fathers. The two are not-so-secretly planning to go to New York City for college, to unheard-of exotic worlds like The New School and NYU. Tim keeps getting outed by other people in the film, but seems to take it in stride. His widower father knows and seems to accept him, and Tim sees no conflict between his sexuality and his faith.

Laura is the messiest of the characters, and the one I identified with most. She’s planning on going to the local Christian college, and is distressed by the changes in her ordered cosmos this apocalypse of graduation and college has brought about. When she finds out that Tim is gay, she ardently prays for him to change. Her plea to Brea as her friend gets ready to escape to New York is not so much a witnessing as begging: “I want you in heaven with me, Brea. So bad…so bad. And I know you’re getting away from all this…but don’t leave it [your faith] lightly.”

Films like this can only be “independent,” because nobody takes faith this seriously in Hollywood. Cone finds the humanity in these characters’ spiritual struggles and doesn’t judge which one is on the “genuine” path. Okay, Laura probably needs meds as much as Jesus, and no gay man should be thirty, with a wife, and still not out of the closet. But these characters’ faith is not treated as a malady. The several remarkable scenes of people praying in the film reveal things about them, rather than being used as proof of hypocrisy, or as a feckless last-ditch attempt to change fate.

The film ends as the three seniors—now college freshmen—return for Christmas, their adult personas already solidifying, a new sense of confidence erasing the fears of the previous summer. And perhaps that’s what we miss about the potential good that comes from these moments of personal apocalypse. So often we think in terms of the loss of the world that’s ending, and not the potential of the world that is to come.