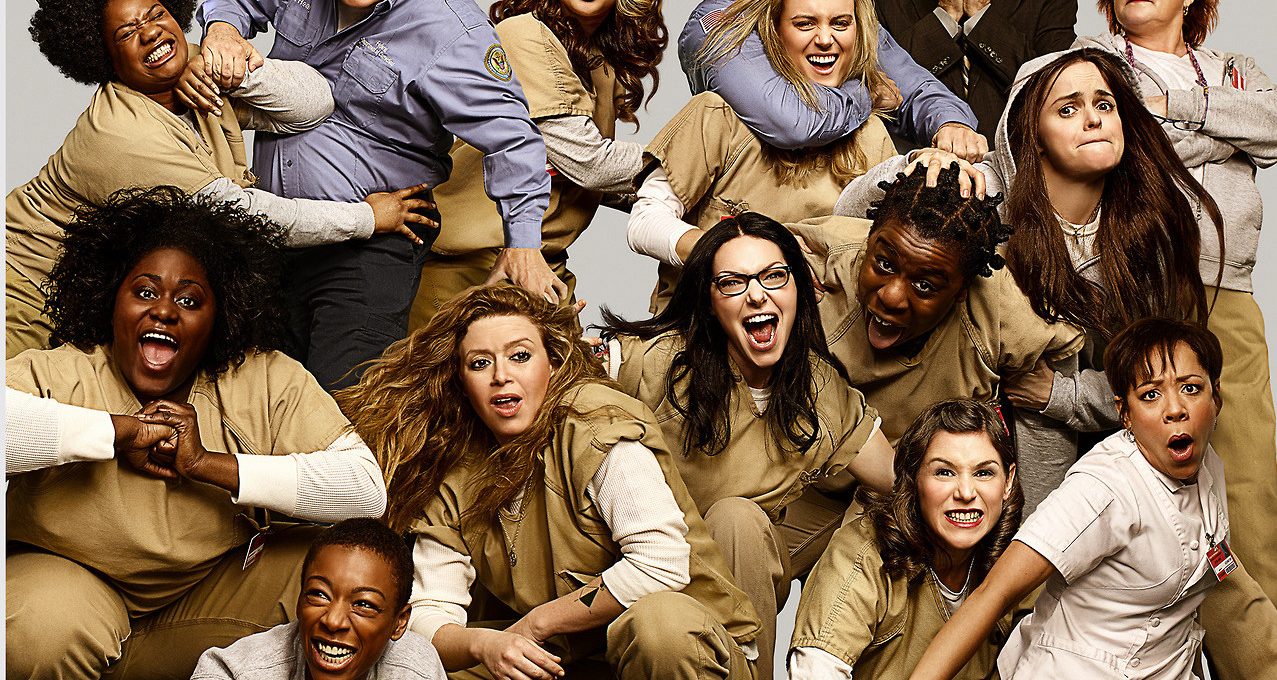 Good friend, theologian, and author Tony Jones and I are kicking off a new blog series today, which will eventually evolve into a full-on podcast. It’s called Killer Serials, and in it we will take a closer look at some of the most talked-about television series from new broadcast and cable series to new Netflix content to old favorites available on other streaming services like Amazon and Hulu. In terms of streamed content, we will write about them three episodes at a time. If the series is currently airing on network or cable television, we’ll write about each new episode each week. We start of with the new season of Orange is the New Black.

TJ: I guess it’s no surprise that mother-issues would play out in a women’s prison, and that’s probably the strongest arc in these first three episodes. It starts with a bittersweet Mother’s Day celebration and ends with Nicky being driven down the hill to max, saying she wouldn’t wish it on Red or anyone to be her mother. And, of course, Daya’s impending motherhood is a literal and metaphorical pregnancy, growing in each episode, hanging over the whole Latina group.

But I was most touched by what happens with Poussey Washington (probably my favorite character). An introvert, she oozes loneliness like no one else at Litchfield — last season it was her unrequited love for Taystee, and now it’s her longing for her mother, who has recently died. In episode one, there’s a flashback to her childhood: Poussey and her mom are reading Calvin and Hobbes comic strips in bed. The episode ends with her finding an old strip of that comic, one Mother’s Day no less — honestly, that scene brought me to tears. And then, in episode three, she and Taystee are officiating a funeral for the books that have been burned, and I wondered, Is this because she couldn’t attend her own mother’s funeral? 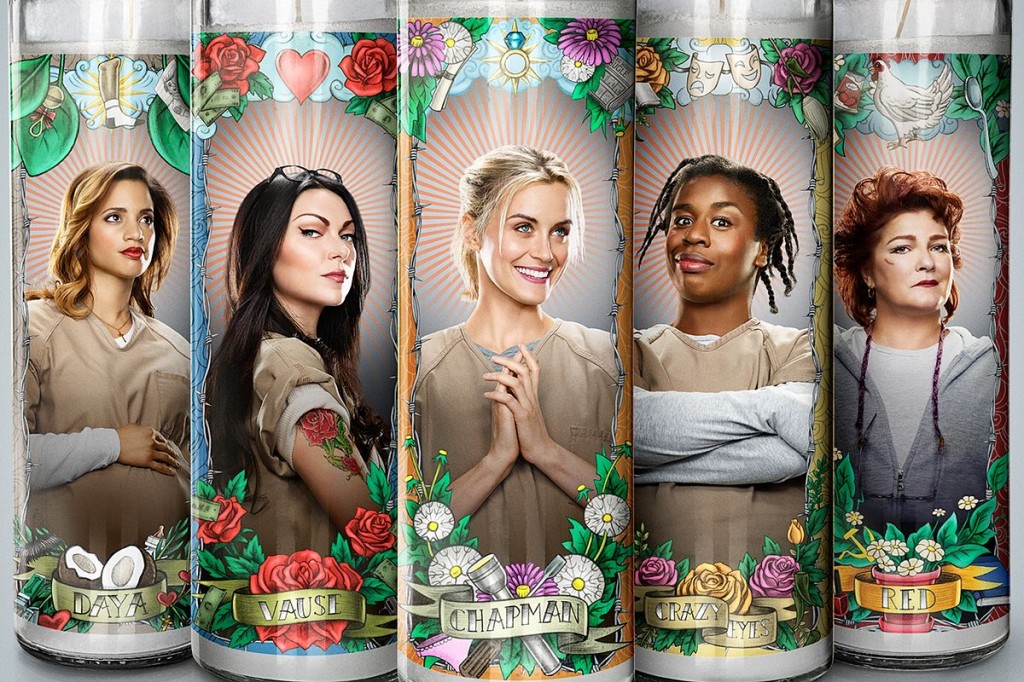 JRP: I like these themes of motherhood because it seems part of the larger theme of faith and spirituality that is at work here. In previous seasons we’ve seen the ways in which the inmates rely on or exploit one another to get by. Now they’re reflecting or relying on a higher power, be that their own mothers (or memories of them), Catholic shamanistic practices in the kitchen, or Wiccan energy ball nighttime make it clear that faith and spirituality are playing a key part in this season. And I agree with you regarding Poussey.The rest of the season might not have a scene that tops her finding the Calvin and Hobbes clipping in the busted pinata. And speaking of memorable scenes, the rest of the season might not have another more disturbing scene than the one in Episode 2 when the alarm goes off and all the inmates have to hit the ground, leaving their children confused and frightened.

I’ve been really impressed by the ways in which this season has already drawn such a fine line between “good” and “evil.” Daya’s “stepdad,” Caesar seems to be a terrible human being, but there are moments of tenderness and kindness that flash in the darkness. Of course, season three is continuing the flashback motif that reveals how the inmates end up at Litchfield, most of them cases of desperate times calling for desperate measures. Perhaps, Caputo says it best in the first episode, “Complex rules for complex women.”

Truth and confession is another theme.

TJ: Speaking of truth and confession, let me just say that the Piper/Alex relationship is my least favorite on the show. Some have suggested that Piper is so one-dimensional on purpose, in order to let the WOC really shine. I don’t know about that, but I do find the hair-pulling sex, followed by admittance of betrayal, followed by more hair-pulling sex to be tiresome. What I do find interesting in the truth-and-confession theme is the Downton Abbey thing we’ve got going.

Here the two classes are the guards and the inmates, and now the guards know that the camp is closing, but the inmates don’t. Caputo is the lord of the manor, trying unsuccessfully to keep secrets, and now trying to save the house. And, just like Lord Robert Crawley, Caputo is trying to save the prison because so many jobs are at stake. And back to Nicky. She takes a huge risk by admitting to Luschek that a) she had heroin, and b) she needs it taken out of the prison because she’s an addict. She confesses, she’s not completely truthful, and she gets screwed.

JRP: You actually hit on the two that I wanted to talk about: Alex and Piper and the officers vs. the inmates. I don’t know if this is actually part of the confessional, but Daya and Bennett’s relationship has gotten a lot more interesting, although the next few episodes make it a better fit for this discussion. As of now, it also falls in line with that theme of the fine line between “good” vs. “evil” (or in this case just “bad”), because what is the good (or right) choice for them in this situation? There seems to be an equal number of pros and cons for each possible response. I cheated and snuck in a few more episodes. There’s still much to discuss, and we’re likely to fall back on these episodes as we discuss the rest of the series. We’ll be back next week with episodes 4, 5, and 6.