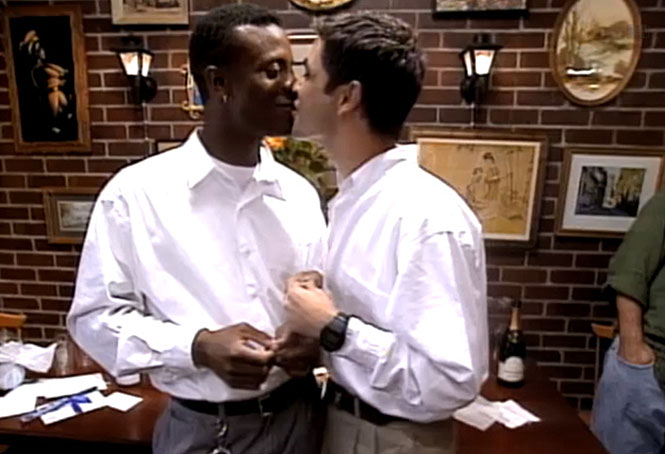 When you teach undergraduates, there are frequent moments that remind you that youth culture has passed you by, and that the “coolness” card that every young person carries simply by virtue of their age, in your case, has been revoked.

During a recent class, a student made a presentation arguing that reality television was not just unreal, but bad for society. This argument has been around since the first reality TV experiments, like An American Family, shown on PBS in 1973. The disturbing part of her presentation for a member of my generation was that her Public Enemy #1 was The Real World on MTV. She went on to show scenes from recent episodes of the show (which has now run for 30 seasons) of domestic chaos, promiscuity, and drunken fights between cast members—everything the reality genre has degenerated into. When I told the class I was old enough to remember when The Real World was socially relevant, they just stared at me like some Jurassic being that had been cloned and brought back to life.

Well, kids, when I was a young, The Real World was more than just some young adults in a TV fishbowl. They took on social issues like homelessness, substance abuse, religion, abortion, and sexuality. There wasn’t as much of a performance aspect to the cast members’ behavior. You saw aspects of yourself in each of the cast members–their struggles with family, relationships, working, and growing up were your struggles.

Far and away, the most socially relevant season of The Real World was season three, which first ran during the summer and fall of 1994. Seven housemates inhabited a loft in San Francisco. One of them was Pedro Zamora, a charismatic and passionate HIV-positive activist from Miami. He had chosen to be on the show to raise young people’s awareness about HIV/AIDS.

During the show’s filming, he fell in love with Sean Sasser, another HIV-positive activist. Over the course of the season, millions of viewers watched the unfolding love story of two real gay men, an absolute first in the history of television. As one of the housemates, Judd Winick said, “After [they started dating] the show became less and less about San Francisco and more about Pedro and Sean.”

A personal experience of seeing Pedro and Sean on television: In fall of 1994, I was a sophomore at the University of Louisville, and in a perpetual state of angst over my sexuality. I was secretly attending a coming-out group held at the campus ministry center, convened by a progressive nun who one friend indelicately described as a “Franciscan fag hag.” No one else but the members of the group and a few counselors knew my secret.

Early in the semester, I was eating at a Chinese restaurant just off-campus–a take-out place, no carved wood or jade sculptures. At one end of the dining area they had a large projection-screen TV, the kind you had to watch looking straight from the front or else you couldn’t see the picture. I saw The Real World was on, and I sat near the TV to get a better view.

As I was eating my chicken with broccoli, I became immersed in the show. Intercut with the usual Gen-X household drama, it showed Sean and Pedro on a date night at Sean’s apartment. The scene was romantic: soft lighting, candles, wine, hand-holding and kissing. Nothing that would get you a “Mature Audience” rating today, but it was the first time I had ever seen two men showing real affection on television. I felt some discomfort watching this in a public place, like my interest in the show might reveal my secret struggle to the strangers around me.

As the show was ending, I got up from my seat, turned, and had a moment of panic–everyone in the room was looking in my direction. Did they know? Had I given off a signal that I was, if not yet fully out as gay, at least not quite straight? Then I realized they weren’t looking at me, they were looking at Pedro and Sean. As I was sitting toward the front of the room near the TV, everyone behind me was just as mesmerized as I had been by seeing two men on television kissing. There among the formica tables and fluorescent lighting of the China Inn in Louisville, Kentucky, Pedro and Sean had broken the seal on a social taboo. No one in that room would ever again be able to say they had never seen two men in love.

My experience is not unique; many gay people of my generation have their own “Pedro and Sean” stories. In the early 90’s, gay men were still assumed to be incapable of forming stable relationships. AIDS was still seriously discussed by mainstream media figures as a just punishment for the sin of homosexuality. Pedro and Sean humanized both being gay and having HIV/AIDS at a time when many people saw people like them as monsters.

Some of the reactions of the cast members during the show demonstrate just how groundbreaking the relationship was. When Pedro and Sean announced they were getting engaged, Puck Rainey, the pathologically narcissistic bike messenger who was evicted by the house mid-season seemed to think their “engagement”—spoken with air quotes— was just a stunt, meant to shock the TV audience (and presumably to take the camera off him). Even Judd, the self-described “bleeding heart liberal” of the house admitted, “I’m really happy for [Pedro], but then there’s also this ridiculous, deep-bred heterosexual thing in me that still finds the whole thing kinda weird.”

The ceremony itself was a big event. Judd and fellow housemate Pam Ling (now married themselves) spoke about the beauty of Pedro and Sean’s relationship. The guys exchanged rings and kissed. There was a gorgeous cake baked by Sean. There were dozens of well-wishers. And yet, the cast members, including Pedro and Sean, struggled to call it a marriage; they called it a commitment ceremony, or a ring-exchange ceremony.

I bring this up to remind us that the freedoms we take for granted did not always exist. People had to fight and die for them. Two men kissing on television—considered commonplace today—was once considered radical. A same-sex couple getting married was once so unheard of that not only did a legal framework for it not exist, but the words to describe it did not exist either.

During the fight for marriage equality and since the Supreme Court’s ruling, some queer activists have denounced the movement as benefiting mostly rich, white, gender-normative couples. I can understand objections, particularly from trans communities and people of color, to the way marriage equality was won, but the claim that marriage equality primarily benefits rich, white people does not hold up under scrutiny.

The lack of awareness of the importance of marriage equality from some young activists is understandable because, in part, the movement grew out of issues that took place before they were born. During the height of the AIDS crisis in the 80’s and 90’s, there were no legal protections for partners of AIDS patients. Partners could be denied access to hospital rooms even as their lovers were dying. Surviving “longtime companions,” as they were euphemistically called in the obituaries of the time, could be banned from funerals and locked out of their houses by homophobic family members. Some even had to get court orders just to collect their own possessions from homes they had shared for years with the deceased. Based on these agonizing experiences, is it any wonder that many same-sex couples began to advocate for the ironclad, legally and socially recognized arrangement of marriage?

Pedro Zamora died just hours after final episode of The Real World season three aired in November 1994. Even in his death he was breaking another taboo—a whole generation would never again be able to say they didn’t know anyone who had died of AIDS.

But Sean Sasser’s story as Pedro’s surviving spouse also deserves attention. After falling sick, Pedro returned to his hometown of Miami. Sean was treated as an outsider by Pedro’s tight-knit, conservative family and went through the then-familiar experience of having limited power to make decisions for, or even to visit, the man to whom he had pledged his own life.

During a 1997 interview with Poz magazine, Sean, still clearly hurt and grieving, said, “I wish we’d had a marriage, because…I had a hard time dealing with his family. With Pedro’s death and being allowed in the hospital. I don’t know. Maybe it could have helped the family deal with my presence, you know?

“I was told Pedro did not need to have a lover anymore. And it was very obvious from the start, when he could communicate, that he wanted me there. I have a lot of resentment toward dealing with his family’s homophobia, as well as dealing with him dying.”

Eventually, Sean continued his advocacy for AIDS and LGBT rights issues, and became a successful chef and restaurant owner in the Atlanta area. He died of AIDS-related illness in 2013.

For those who would like a queer history lesson, I encourage watching The Real World season three. You can see it on MTV’s online channel. (If you want to see it with the 90’s music cues—everything from Enigma to Pearl Jam—you’ll have to find a VHS-converted copy on the Internet.) Witness the love of these two men of color, and how their lives hung in the balance, not just in terms of legal privileges, but because their social vulnerability required the people around them to understand and tolerate their relationship. Investigate what happened to them after the series was over. Think about the impact they had on a culture that didn’t even have the language to name a relationship like theirs.

I still have profound gratitude for what Pedro and Sean did. And I believe their very public relationship on MTV is part of why our generation has been the one to break down barriers to acceptance of same-sex relationships. This is why when the decision came down from the Supreme Court on June 26th, I thought not just about my own relationship, or my friends’ relationships, but also about Pedro and Sean. I wish they had been alive to see it happen. 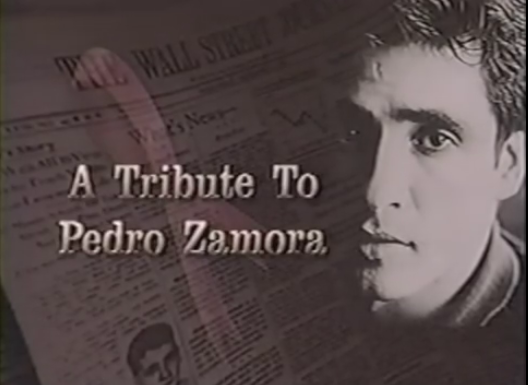