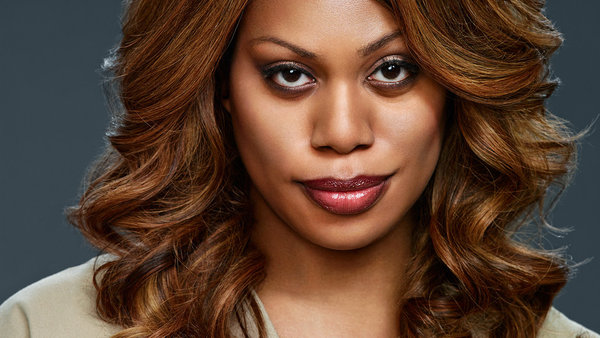 We’re back with the latest installment of Killer Serials, in which Tony Jones, and I discuss the final four episodes of Orange is the New Black, season 3.

JRP: In the last post, we praised the series for hitting what we felt like was a strong pace, with its religious and spiritual themes. To be honest, episode 10 feels like a complete distraction from the overall narrative. I can see how Pennsatuckey’s background is one with which too many women are familiar, but it feels excessive and the ending grotesque. There is a juxtaposition between Suzanne never having had sex to Pennsatuckey “giving it up” for Mountain Dew (excuse me, Fizz soda). The ways in which her early experiences of sexuality–specifically through conversations with her mother–show just how impressionable and malleable our approaches to sexuality can be. Of course, in Episode 11, this goes even deeper as Pennsatuckey allows Donuts to maintain a perverse control over her, which infuriates Boo, who tells her, “You didn’t get locked up in prison with a bunch of women to get beat on by a man.”

On a completely different note, as I continued to watch the Norma drama unfold, I had a question: What if God is Norma? We could be so screwed.

TJ: I want to jump straight to the end, since that’s the most powerful episode of the season. The 90-minute season finale is rife with religious and spiritual themes. You bring up a fascinating possibility: Norma is God. She’s silent, never talking, never intervening. People make her what they want her to be. In the end, she leads the people to freedom not by coercion, but by example. She runs through the opening in the fence toward the lake, and the others follow.

So I don’t think we’re screwed if Norma is God. She’s got followers who are duped, finding her in toast. But she’s also got a prophet in Poussey who reminds the other followers that this whole thing is supposed to be about kindness. Then, to show just how much she really does understand the core of the Cult of Norma, Poussey reaches out to Soso—the loneliest person in Litchfield—and brings her across racial lines into the African-American group.

Speaking of that group, I was totally moved by Cindy’s speech about her religion. I think that we, the viewers, were in the same position as the rabbi: trying to suss out whether her conversion to Judaism is authentic. What did you think of that scene?

JRP: I think Cindy’s conversion speech is better than most of the sermons I’ve heard in my lifetime, and I can’t count how many I’ve heard. In it, she tells the visiting Rabbi:

Honestly, I think I found my people. I was raised in a church where I was told to believe and pray. And if I was bad, I’d go to hell. And if I was good, I’d go to heaven. And if I’d ask Jesus, he’d forgive me and that was that. And here y’all are saying there ain’t no hell. Ain’t sure about heaven. And if you do something wrong, you got to figure it out yourself. And as far as God’s concerned, it’s your job to keep asking questions and to keep learning and to keep arguing. It’s like a verb. It’s like … you do God. And that’s a lot of work, but I think I’m in, as least as far as I can see it. I mean, maybe I’ll learn more and say “fuck the whole thing,” but I want to learn more and I think I gotta be in it to do that. You know, does that make sense? Shit, did I just talk myself out of it?

There’s a longing, vulnerability, and humility here that we rarely hear in church or among fellow believers. The whole notion of “doing God,” rather than “believing in” or “following,” is extremely compelling. It also touches on what you already brought up with Norma leading the inmates through the fence and Poussey reaching out to Soso.

There’s also another way in which religion, in both subtle and troubling ways, plays a key role in these final episodes, and it also touches on the recent work you’ve done in Did God Kill Jesus?. Sophia and Mendoza get into a couple of violent confrontations, which are, at heart, brought on by some serious misunderstandings and poor communication. It’s also built around fear of the other and many of the inmates’ misunderstandings of Sophia’s identity. It all lands Sophia, one of the sweetest, kindest, and most generous inmates, in the SHU. The powers-that-be send her there to keep the peace, even though she has done nothing to deserve such punishment. In a way, I started to see her as the prison scapegoat. New prison management seems to think that casting her out will solve all their problems, but Caputo and Danny know that it will only do the opposite. Thoughts?

TJ: Sophia is the classic scapegoat. Rather than deal with the trans*phobia among prisoners and COs — which Caputo is advocating — the corporate overlords lock her away to avoid the issue. I thought it was particularly poignant when Sophia stands up and walks, with her head held high, to the SHU. I think she understands that she’s a scapegoat in the prison. Several times she proclaims that she’s misunderstood. She’s strong, but she’s still incredibly vulnerable.

What really bothers her is how troubled her son, Michael, is. That’s an unresolved plotline that I think we’ll see continue to unfold next season. In fact, even though Larry is gone (thank God!), so many of the prisoners have difficulties outside of the prison that they can do little about, and I think that’s being set up as a major theme for next season.

JRP: We’ll be back next week with an Orange recap that looks at some lingering themes than ran throughout the third season.