Looking at a few new issues of some series we really like right now, Renato Jones: The One %, The Fix, and House of Penance. They range from comedy to horror but tackle some heavy themes like economic injustice, greed, revenge, guilt, and celebrity culture. Read on for quick takes. 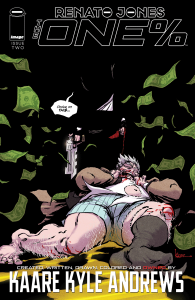 Renato is the her0 of the middle and lower classes need and deserve. He’s got a keen eye for economic inequality (the super-rich have made the middle class poor and the poor felons) and the skills to rectify the situation. He continues his hunt for the one percenters and attends a masquerade ball, where anything goes. When he realizes just how far the depravity sinks, he goes ballistic. The one percenters won’t take this lying down, and they’re contracting out their own “superhero,” Mr. Wicked-Awesome.

Issue #2 offers more stunning artwork from creator Kaare Kyle Andrews, but it’s the prophetic voice that drives the series. It vents our collective frustrations with the greed and injustices that place wealth and power in the hands of a precious few. It dares to imply that justice cannot be applied to this community from the outside and that one of their own must ring them down together. This latest issue also reveals the connections between the super-rich and more of Renato’s back story. We’re hooked for the rest of the series.

Issue #3 of Renato Jones will release on July 6th. 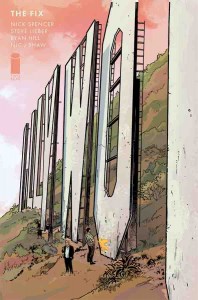 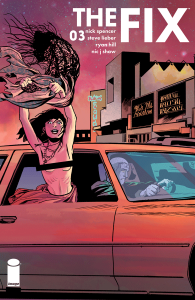 The Fix by Nick Spencer and Steve Lieber continues to be one of the funniest series running. It frequently puts me in mind of the new film, The Nice Guys, but I doubt there’s anything as depraved in that film. In both issues both Roy and Brundo are trying to pay off their debts, and Roy has a terrible plan to get Brundo re-assigned to help them pull off their plan. Issue #2 details a framing while issue #3 sees Roy on security detail for a spoiled celebrity. The second issue is smart commentary on public perceptions of guilt and innocence, while the third is a wicked take down of our obsession with child stars, their burgeoning sexuality, and their (inevitable) downfall.

Issue #4 of The Fix will release on July 6th. 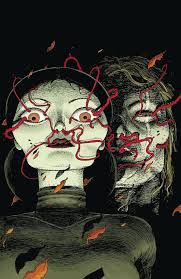 By far one of the most engrossing series I’m reading right now and one where each panel demands lingering attention. Peter J. Tomasi and Ian Bertram continue to weave a haunting supernatural mystery with House of Penance. Sarah Winchester builds, tears down, and builds again. Peck’s past continues to haunt him as issue #3 opens with a stunning dream sequence.

Bertram does a great job of visualizing guilt, regret, and the blood that, as Sarah puts it, is on all our hands. In this issue, Sarah reveals what she’s up to with the house and gives Peck a job in it. He talks about leaving one day, but Tomasi gives a strong impression that Bertram’s visions of blood are actually chains that will time him to that place for eternity.

#4 of House of Penance will release on July 20th