Like Graduation, which also released this week, Little Boxes is a small indie film that explores the stresses of small town life on a family of three. Here, themes of race and class take center stage.

In Little Boxes, interracial parents Mack (Nelsan Ellis) and Gina (Melanie Lynskey) move with their sixth grader Clark (Armani Jackson) from Brooklyn to Rome, Washington. Gina has taken a tenure-track job at the local college to provide her family more stability. Mac is a writer struggling to get started on his second novel. Clark is quickly thrown into the demands of suburbia, particularly through his friendship with two white classmates, Julie (Miranda McKeon) and Ambrosia (Oona Laurence), both of whom expect (demand?) him to fit their preconceived notions of blackness. Of course Julie and Ambrosia’s interactions with Clark are miniaturized versions of what Mack and Gina will face from their new (and overwhelmingly white) neighbors. 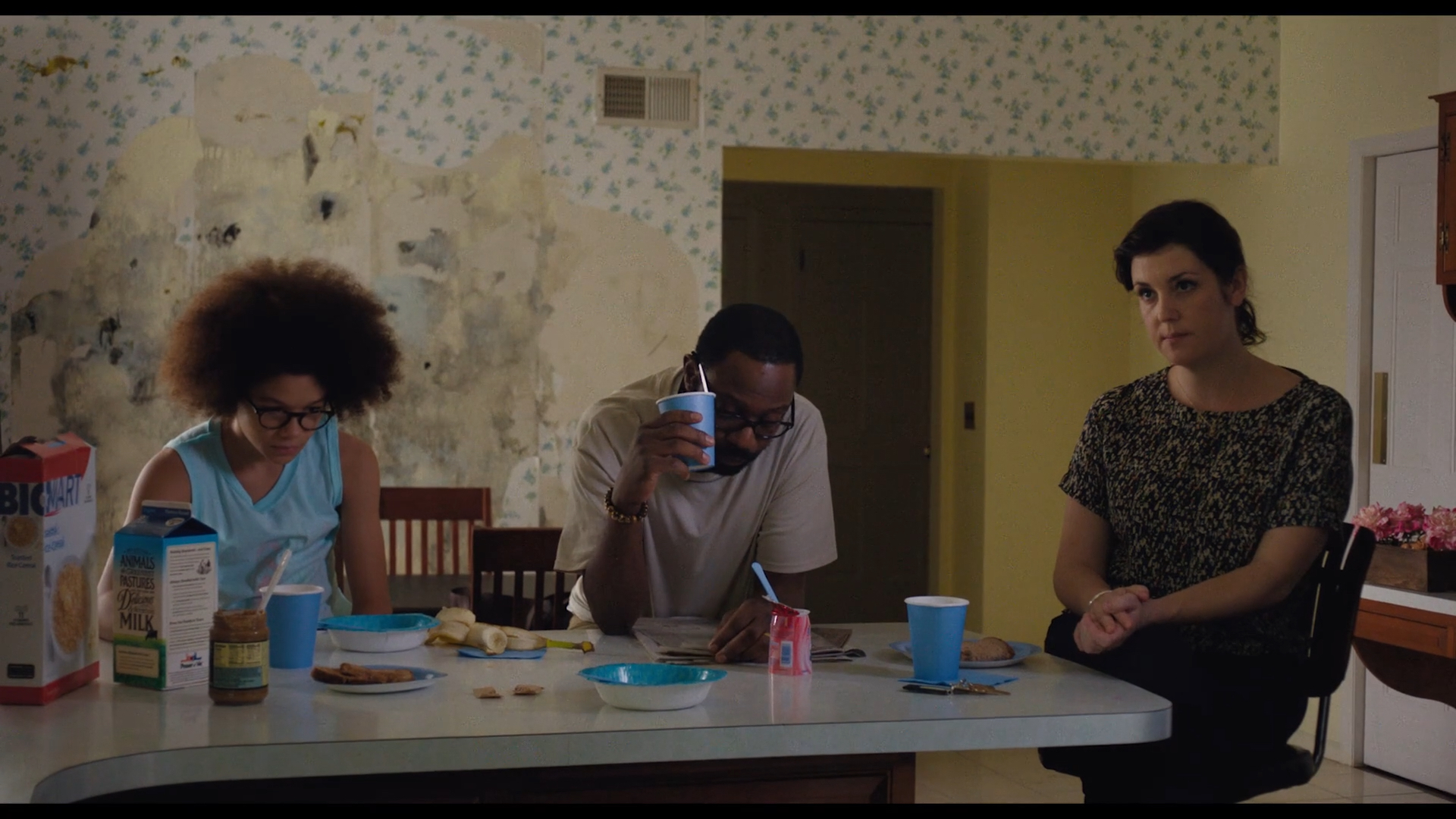 Directed by Rob Meyer and produced by Cary Fukunaga and based on a true story, Little Boxes occasionally veers into heavy-handed territory. However, its timeliness makes it easy to forgive those transgressions as it tells an important story that families (teenagers and older) should watch and talk about together. For younger viewers, it reveals the ways pop culture shapes their views of others and reduces entire races to limiting (and frequently absurd) stereotypes. For adults, it should remind us of how difficult it is to fully free ourselves from the confines of these limiting opinions.

Unlike many indie films that tackle similar issues, Little Boxes doesn’t completely prioritize urban over suburban life. If the former has anything over the latter, it’s that it provides more opportunities to encounter diversity of and within racial, ethnic, and economic groups. Little Boxes knows that prejudice is a two-way street and that the more nuanced, ignorant (in the most neutral sense of the word) varieties can be the hardest to overcome.

Little Boxes is available to rent or buy on iTunes.