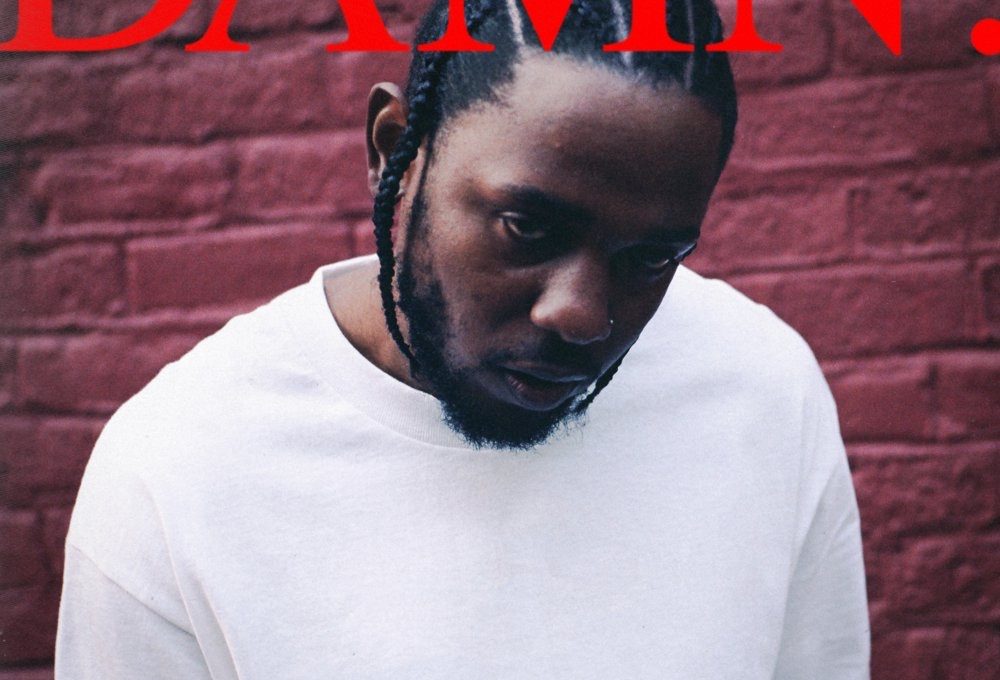 Kendrick Lamar isn’t exactly here for evangelization but he sure is here to save souls. While Chance the Rapper is out there raising the choir with songs of joyous praise, Kendrick has been poetically philosophizing about the darkness in humantiy’s heart – especially his own. Honestly, hip-hop has the most vital voice in Christian music right now and Kendrick is its top theologian. He is the sort of believer that the faith needs these days – brazeningly resilient to the sways of society and yet unrelentingly honest about his participation in it. He is not bound to dogmatic allegiance, to understanding the world through a prescribed narrative, opting instead to take the heart of the faith seriously as a means to encounter the world truthfully and with vulnerability. DAMN is the clearest view of Kendrick’s beliefs thus far and, as has been his trajectory, it is yet another masterful meditation from the incomparable MC.﻿ 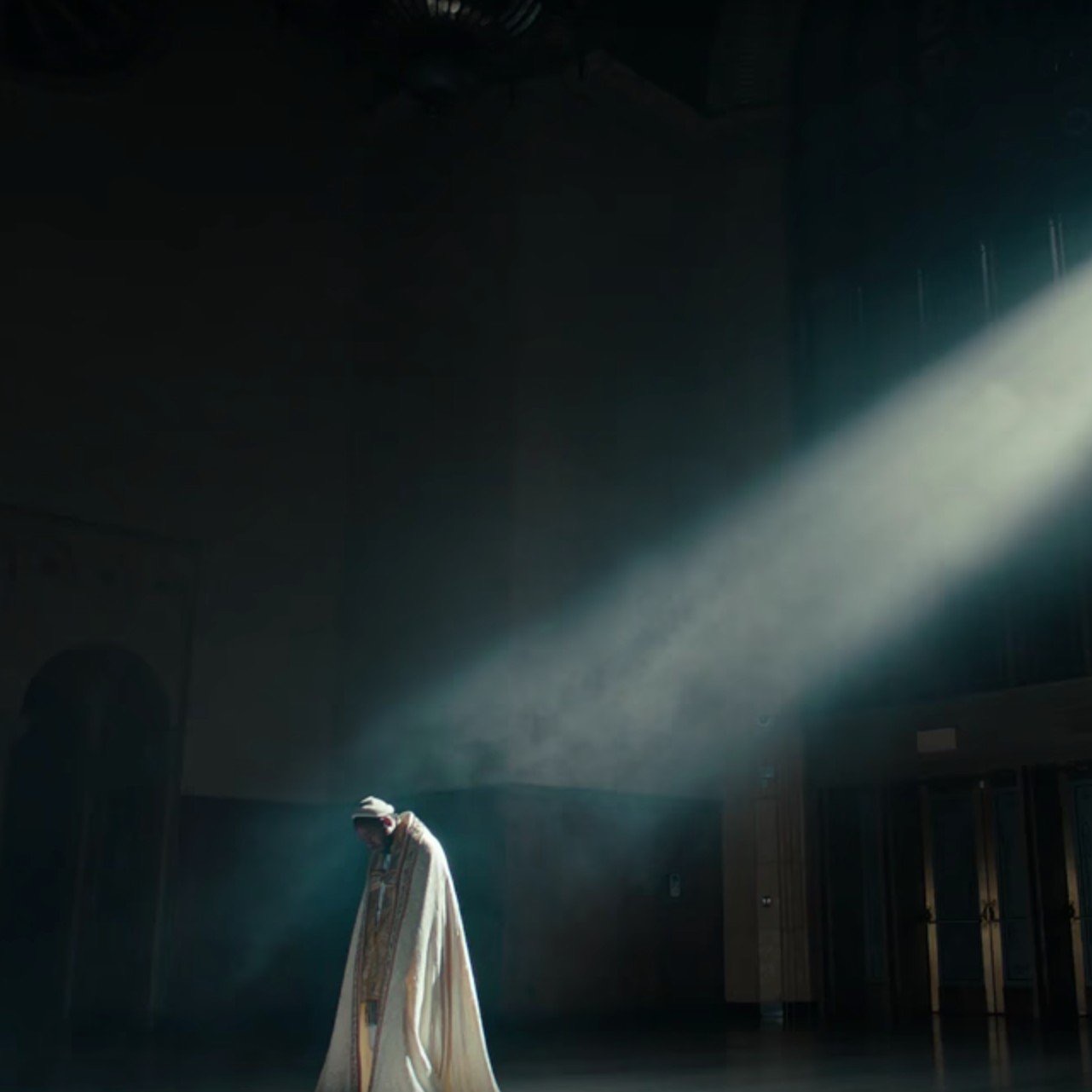 DAMN is the logical conclusion of the past few albums. After dismantling the social structure of his Compton upbringing on good kid M.A.A.D city, Kendrick went for the entire black experience with the ornate masterpiece To Pimp A Butterfly, securing his role as the greatest modern voice in conscious hip-hop. As outwardly facing as these meditations might have been, however, both were littered with a remarkable level of self-reflection that revealed an artist acutely aware of his own contradictions and struggles with the society he scrutinized. On DAMN, we are given a glimpse of Kendrick fully facing himself. After being hailed as a genius all these years, this is a man both confident in the claim and yet devastated by the consequences. This is King Kendrick seeking repentance and embracing humility to show the world what true power looks like.

When Kendrick made the impending record known, he boldly stated that he would be delivering a commentary on the state of our culture – a reflection on the election, on our nation, and, in general, about our relationship with God. It was an intimidating proposisition, to say the least, coming from an artist who can create infectious club hits that’ll make you rethink your entire life. While he certainly delivered on this promise in spades, I don’t think anyone was expecting it to be so bluntly confessional. This is Kendrick struggling with his own sins and making a point to show just how we share in the shame. He fully accepts his role, his participation, in everything he judges but steadily holds the mirror as he goes.

Right out of the gate, he comes swinging at the misconceptions lobbed at him by the likes of Fox News and other misguided commentators who miss his substance entirely. On “DNA”, Kendrick at once embraces the reality of the violence in humanity while at the same time being perfectly clear that there is a stark difference between rising from it and selling it. Kendrick isn’t here to sell violence like Fox News – he’s here to find redemption amidst the rubble left in its wake.

Each track on the record follows a similar sort of structure, all caps BIG THEMES and the spiritual struggles inherent in them. From the morose, laid back loneliness of “FEEL” to the infectious misdirect of “HUMBLE”, DAMN is filled to the brim with self-doubt, triumphant proclamations, repentant confessions, and sinful embraces. If this sounds dizzying, trust me, it is. But it’s also fearlessly honest. This is a portrait of Kendrick the human, the believer. This is not Kanye West’s vainity-as-faith act. Even at his most braggadocious, Kendrick is self-affacing. Kendrick is not claiming to be a god. He is is claiming to be himself – his heritage, his follies, his success, his convictions – standing before his God. 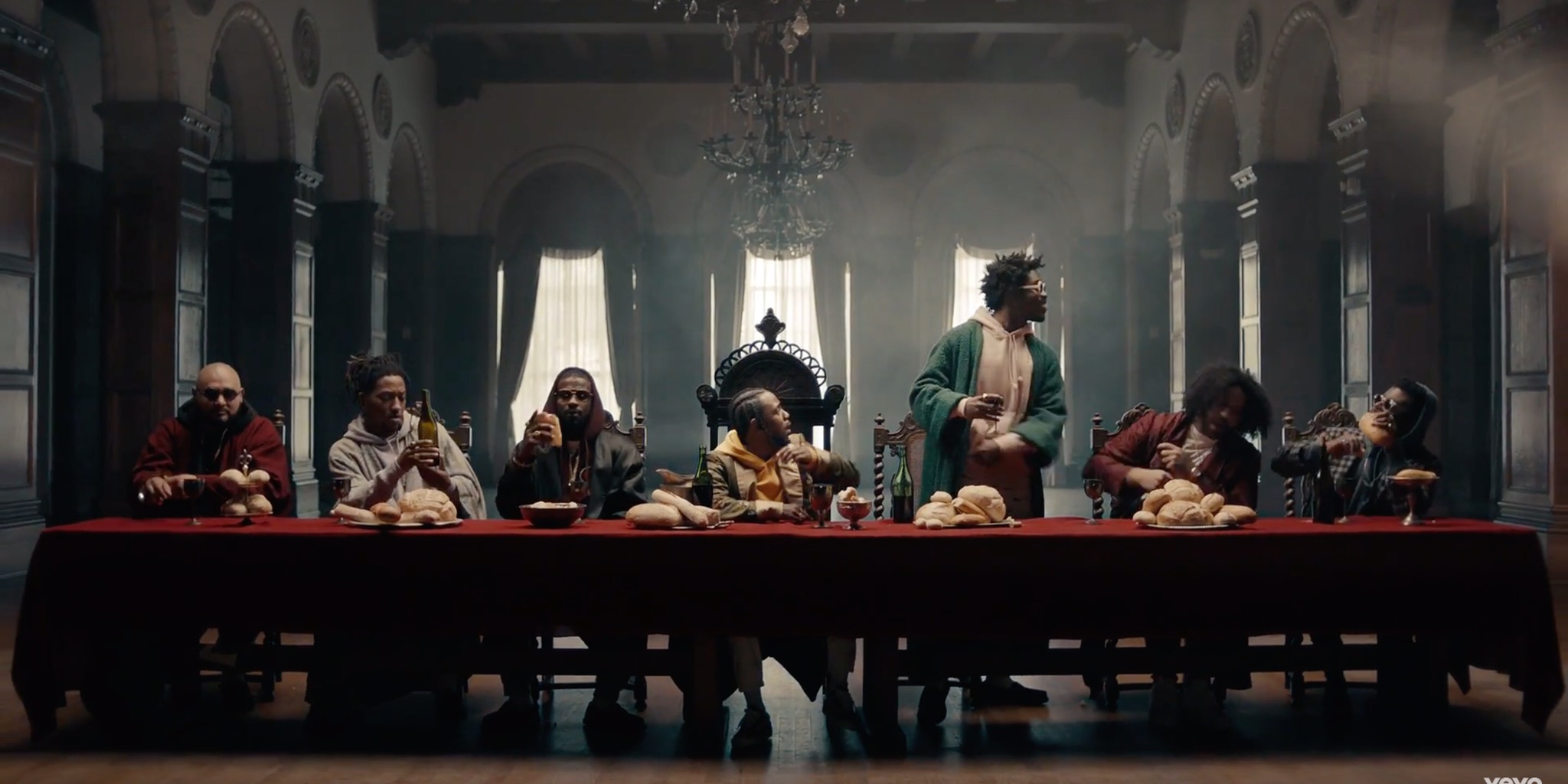 The most telling, thematic sequence in the whole record would have to be the trilogy “LUST”, “LOVE” and “XXX”. One of Kendrick’s most fascinating creations in the past has been the personification of Satan-as-temptress by the name of Lucy. Although she doesn’t pop up here like she did on TPAB, her presence is felt mightily on these tracks. “LUST” occupies the same thematic territory as the psychedelic TPAB interlude “For Sale?” where the temptation of fame, power, and prestige is seen entirely in a sexual light. Kendrick understands that there is nothing more visceral than the sexual drive and frames the desire for notoriety as a domineering, uncontrollable lust for the self. The sexual act described in the song is presented as a wasted act of self-gratification, ignoring the other entirely for the sake of the one’s own experience. Kendrick has always recognized his fame as a danger to his spiritual well being but in this series, he has perfected his description of it’s motivational place in our lives.

In a sea of surprises, somehow the disarming beauty of “LOVE” is one of the more shocking. As if Kendrick needed to make more rappers nervous, he basically takes down Drake’s entire emo empire in one fell swoop. With a ridiculously luscious beat that will soothe your soul from the first note, this is Kendrick at his smoothest. Unlike “LUST”, this is a celebration of the act of vulnerability, the humility necessary in giving up one’s self to another. Whereas the pursuit of power is inherently mastabatory to Kendrick, love is an act of utter trust. For everything his fame can afford him, he recognizes that if he doesn’t have the truth inherent in love then he would would simply have nothing. It is well documented that Kendrick remains in a committed relationship with his childhood sweetheart – here we get a peek at the intimacy of the struggles he faces as both larger than life artist and day to day lover.

In “XXX”, these two themes – power and vulnerability, vanity and humility – come crashing together in an utterly damning assessment of American culture. America has long been at war with itself as a blood thirsty super power built on genocide with bold claims of higher morality in its supposed Christian identity. Here, Kendrick holds it to be the ultimate example of the struggle between lust and love. This track, featuring a subtle yet powerful assist by none other than U2, embraces this hypocrisy and dwells on the limits of righteousness in the face of constant violence. It is the struggle of being told what to fear and becoming the boogeyman itself. This is America selling itself on the lie that it holds all the power and yet the truth that it is the source of its own destruction, eating itself from the inside out. “But is America honest, or do we bask in sin?” Kendrick boldly challenges. We damn well know the answer.

The rap game is built around grandstanding and posturing – who is the best, who is the hardest, who is on top. Every rapper vies for the throne as they seek to burn each other’s kingdom down with their latest verse. Kendrick Lamar does not have time for this, he’s got work to do. This work, despite all its trappings of gangster rap or the unashamed language of hip-hop culture, is the work of any spiritual disciple: death of one’s self. By the final track “DUCKWORTH”, taken from Kendrick’s own last name, he embraces his death in light of all his struggles and kills off the character of Kendrick. There’s no telling where he will go from here but we know the road that he is on. He is purging himself of all of his demons, trying to understand the source of his sinfulness and how to repent from it – on DAMN, he is pleading with us to do the same. 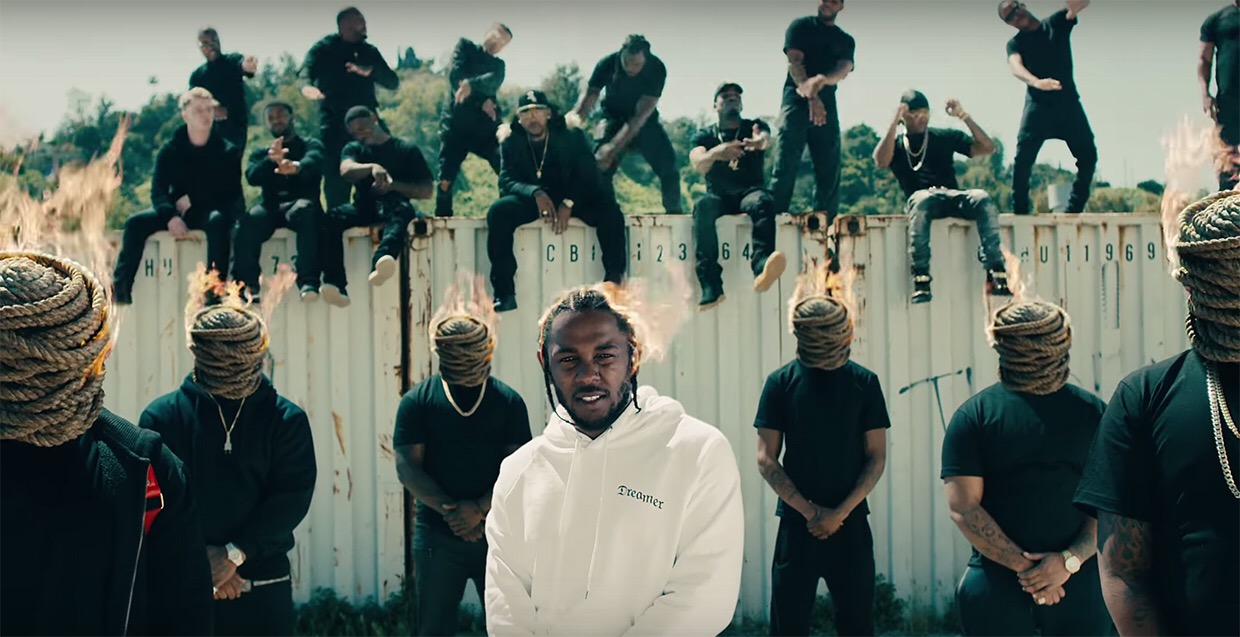