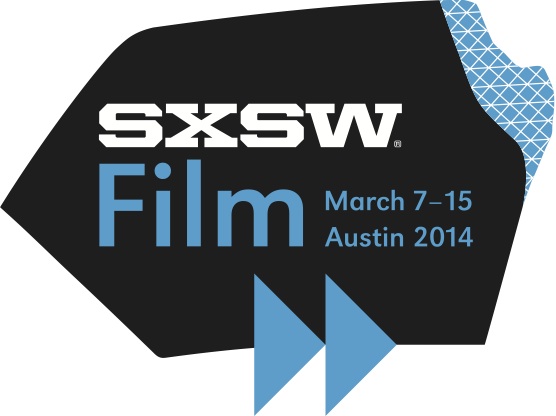 The second half of my first SXSW experience was marked by two productive meetings for my new job at Aspiration Media. I finished off the festival with a flurry of movie-going, seeing films that stretched from the absurd to the sublime.

Kumiko, the Treasure Hunter: Loosely based on a possibly true story, Kumiko, the Treasure Hunter tells the story of Kumiko, a disenchanted office worker in Tokyo who believes that the buried treasure in the movie Fargo is real. She sets off on an epic journey to find and claim it and, along the way, encounters the type of kind-hearted folk like the Gundersons, who help her “achieve” her quest. The film benefits primarily from Rinko Kikuchi’s brilliant performance, one in which she inhabits nearly every shot of the film. Kumiko is at times funny and touching, and ends with a tragic, but hopeful conclusion.

What We Do in the Shadows: The funniest film I saw at SXSW this year was one that wasn’t even on my radar when I arrived in Austin last week. In fact, I only thought to see it after hearing it’s co-writer/director Jemaine Clement (of Flight of the Concords) talk about it at a Paste Magazine Interview series on Sunday. It’s a documentary spoof in the vein of This is Spinal Tap which follows the lives of a group of vampire friends as they prepare for the annual Unholy Masquerade. Think MTV’s Real World with embarrassingly funny vampires. It’s worth watching alone to learn why vampires prefer virgin blood.

A Night in Old Mexico: On paper, this sounds like a winner. Robert Duvall as a dispossessed rancher looking to live it up in one wild night in Old Mexico with women, guns, and beer? What could go wrong? Unfortunately, everything about this film, from the narrative to the characters to the dialogue is woefully thin. Duvall tries to instill life into the proceedings but, again, he hasn’t been given much substance with which to work. This feels like a straight-to-DVD release that won’t really be worth seeking out.

For Those in Peril: One of the most terrifying (yet not scary?) films I saw at SXSW is from Scotland and tells the story of a sole teenage survivor of a fatal fishing expedition. The rest of the villagers resent his survival when five other young men died so tragically. Some even hint that he is to blame. The film follows Aaron (George MacKay in a deeply moving performance) as he deals with grief over the death of his brother (and best friend) and processes what it means that he is the sole survivor. The footage is neatly composed of home videos, news coverage, the film itself, and some aesthetic flourishes, the latter of which create a truly disturbing viewing experience. The film is also a meditation on the myths and stories we tell our children and how they might do more harm than good.

Joe: This is one of the best films I saw at the festival and surely destined to be one of the best of the year. Based on Mississippi writer Larry Brown’s story, Joe features Nicolas Cage in a performance that should make clear to him that he doesn’t simply have to settle for Left Behind remakes. He plays a forester with anger issues. He’s been in and out of prison and is trying to white-knuckle his anger through life. Tye Sheridan plays Gary, part of a drifter family tormented by their alcoholic father/husband Wade (Gary Poulter, whose real life tragically mirrored his character’s). Joe becomes increasingly fond of Gary, gives him a job and a truck, and tries to protect him from his abusive father, even as he provokes and evades both his own enemies and the law. It’s an explosion of violence, sexuality, masculinity, and brokenness in a gothic southern setting. There are scenes of extreme violence from which director David Gordon Green doesn’t flinch, even as the sold out audience cried out in despair. However, it’s concluding scene beautifully mirrors it’s opening images and brings the story to an emotionally satisfying end.

Fort Tilden: The grand jury winner for this year’s festival is a hipster comedy straight outta’ Williamsburg, NY. Co-written and co-directed by Sarah-Violet Bliss and Charles Rogers, Fort Tilden tells the story of two spoiled twenty-something girls, Harper (Bridey Elliott) and Allie (Clare McNulty), who embark on a day trip to the beach. When they set out, however, they quickly realize they don’t know exactly where they’re going or how to get there. Stepping outside their rich, hipster bubble, they quickly become “victims” of their own ignorance (they watch as a young man steals one of their bikes, they try to order iced coffee from a corner market, and they can’t hail a cab). Their self-centeredness and ignorance contributes to the humor, and the entirety of the proceedings is a searing commentary on a part of a generation.

Last Hijack: A documentary that combines animation with live-action footage, Last Hijack tells the story of modern-day piracy on the African coast from the pirates’ perspective. If you were a fan of Captain Phillips at all, then there might be a part of you that was moved by Barkhad Abdi‘s performance as Muse. Paul Greengrass attempted to humanize his pirates, but in Last Hijack directors Tommy Pallotta and Femke Wolting take it much further. Through interviews with a pirate, his family members, and his cronies, Pallotta and Wolting attempt to reveal why men take (and are often forced to take) this, ultimately self-destructive, path. The animated sequences beautifully depict either crucial moments in the pirate’s upbringing or dramatize the act of piracy itself. If we are to ever effectively addresses the crimes and terror that plague our varied societies, then we would do well to start with powerful storytelling like this that empathizes with the other.

Harmontown: When Dan Harmon was fired from Community after it’s third season, he took his podcast, Harmontown, on the road for a series of one-night stand-ups, in which he and his fellow podcasters performed the show live. Harmon also spent most of those shows drinking himself into oblivion (the worst night involving a fan’s homemade moonshine). The shows are funny enough, but the focus of the documentary is on Harmon himself, who uses the toad trip as a journey of self-discovery. The creative genius wrestles with what exactly brings him fulfillment and happiness, even as he navigates his abusive alcoholism that alienates those who love and care about him the most.

Space Station 76: Think Ang Lee’s The Ice Storm set in a space station with a cheesy 1970s aesthetic and you’ve got Jack Plotnick‘s Space Station 76. Liv Tyler plays Jessica, a new captain aboard the space station, who’s fellow employees and other inhabitants resent her bending of gender conventions, even as they wrestle with their own homosexuality (Patrick Wilson as Captain Glenn) and struggling marriages (Misty (Marisa Coughlan) is sleeping with Donna’s (Kali Rocha) husband Steve (Jerry O’Connell) while her own husband Ted (Matt Bomer) quickly falls in love with Jessica). All of this typical suburban melodrama is put into startling perspective as, unbeknownst to all of the space station inhabitants, is on a collision course with their home.