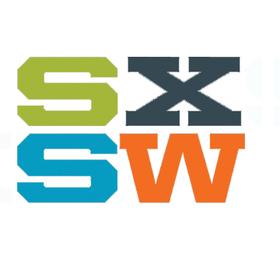 It’s my first time to SXSW, so I quickly learned what a fool I was for planning on seeing so many films in one week, what with all the parties and meetings that emerge from those parties. On top of that, seeing each movie requires standing in line for at least an hour. As a result, I’m still seeing around two movies a day.

I was suspicious of how the week would go after two disastrous films on Friday night. The first, The Desert, an Argentinian post-apocalyptic love triangle narrative, focused far too much on the love triangle than the post-apocalyptic setting. The second, Germany’s Wetlands (click the link at your own risk) was one of the most nauseating film experiences I’ve ever had, and I’m a huge fan of some of Asian Schock’s more shocking productions. I went in expecting the bathroom scene from Bridesmaids, but came away feeling completely violated by central character Helen’s (Carla Juri) willingness to urinate on every boundary of decent or respectable behavior. I can’t bring myself to list the examples. However, in looking back on the film, I am somewhat intrigued by Juri’s performance and the juxtaposition of her fascination with her bodily (dis)functions and her mother’s meandering spiritual journey, finally settling on Christianity, which itself has its own problematic dualistic understandings of body and spirit.

Saturday was a much better day out with an early afternoon, world premier screening of Manny, the new documentary about Filipino boxing legend, Manny Pacquiao. It’s an inspiring tale of his rise from poverty to one of the greatest boxers of all time, and the personal and professional pitfalls that he endures along the way. The film benefits from smooth editing between home video, interviews, and archival boxing footage. There’s a spiritual journey here as well, as Manny, caught up in his own fame, drinks, gambles, and cheats on his wife. He rededicates his life to God and service to others and is able to maintain his positive spirit in the face of later defeats in the ring.

Later that night, I caught Mark Duplass’ new film, Creep, directed by and starring Patrick Brice. Aaron (Brice) answers a Craigslist add to video a dying man’s last days, to preserve his legacy for his son. Things take a nightmarish turn, however, and Aaron realizes that Josef (Duplass) is not all he presents himself to be. The film is full of funny and frightening jump scares and a truly chilling ending that had the entire audience gasping for breath.

Sunday morning has been the high point of the festival so far, and will likely remain so. A heart of Texas filmmaking, Richard Linklater, showed his latest film, Boyhood, to a packed audience at the Paramount Theater. It’s an unprecedented 12 year narrative project in which Linklater boils down a young man’s boyhood into 163 minutes. Linklater uses the same actors for every role, which results in the magical viewing experience of watching someone grow up right before your very eyes. I can imagine that, were I to have children, the viewing experience would have been even more emotional. Nevertheless, Boyhood is joyous, heartbreaking, frustrating, and, above all, real.

Sunday night, I caught first time writer/director Michael James Johnson’s film, The Wilderness of James, starring Kodi Smit-McPhee, who gives a great performance as a teenager dealing with the tragic death of his father. The film also stars Evan Ross as Harmon, a young artist/musician who befriends, betrays, and befriends James, becoming something of a much-needed, although misguided, father figure along the way. James achieves a hard-won spiritual triumph, which feels completely natural because he earns it (albeit with poking and prodding from friends, family, and a hard-nosed counselor played by Danny DeVito).

On Monday morning, I watched the documentary, Beginning With the End, a special piece of filmmaking that focuses on a group of high school seniors who take a Hospice class during their final year and volunteer with Hospice homes in their community. I don’t think I’ve ever openly wept for so long throughout a film like I did in Beginning With the End. I wasn’t alone either. “Not a dry eye in the house” is often critical hyperbole, but, in this case, it’s not. The juxtaposition of these young vibrant teenagers with dying patients is deeply moving. The quiet scenes of simple service in which the students bathe, massage, and simply help patients with basic tasks are heart-wrenchingly beautiful.

Emotionally exhausted after Beginning With the End, I turned to Frank, a quirky comedy by Lenny Abrahamson about a young man, Jon (Domhnall Gleeson), who, while being a decent musician, is a horrible songwriter. But as luck would have it, he gets drawn into an experimental rock band fronted by Frank (Michael Fassbender), an enigmatic man who wears a giant mask all day, every day. John champions the band’s cause, but can’t overcome Frank’s own feelings of inadequacy and internal divisions in the band. It’s an intriguing and frequently funny film for the first two acts, but it folds in on itself in the third in its attempts to explain Frank. This betrays its early assertion, via Jon’s conversation with the band’s manager at the beginning of the film, that we should “just go with it.”