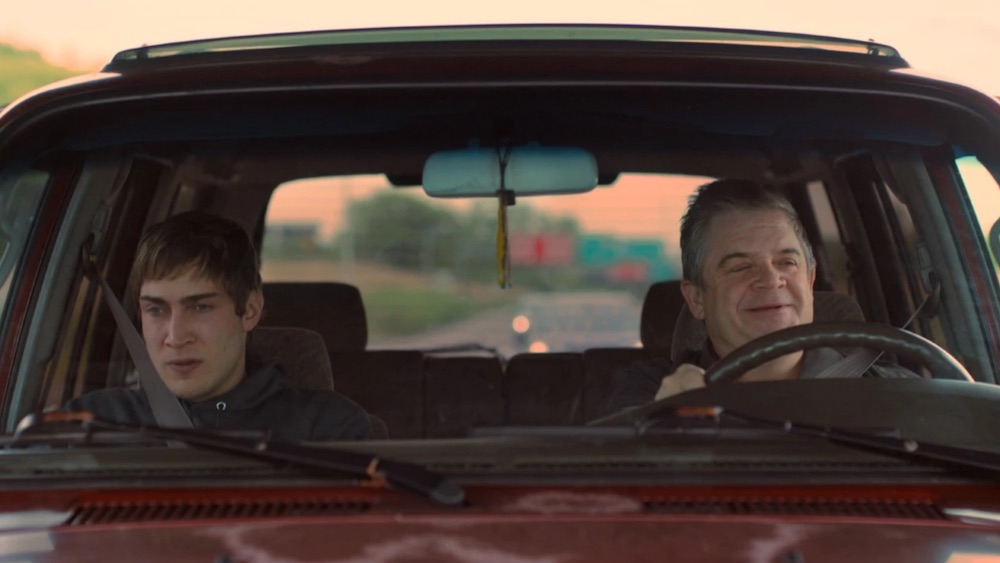 How far would you go to (re)connect with an estranged family member? The central character of the SXSW narrative feature winner, I Love My Dad, takes it to the limit. When his son Franklin is released from a psychiatric clinic after a failed suicide attempt, Chuck tries to be more present in his son’s life after being an habitual bailer for most of his childhood and teenage years. Franklin ignores his father, who then concocts a plan to catfish his son, posing as an attractive young woman on Facebook. The two develop a quick, romantic relationship, and when Franklin tells his dad that he wants to meet this woman in real life, Chuck’s plans go haywire.

I love Patton Oswalt’s standup specials and his roles in more straightforward comedies, but I might like his more complex indie roles best, like this new film or 2009’s Big Fan. I Love My Dad is supremely cringeworthy at times, especially as the online relationship inevitably veers toward sexting. But it’s all handled rather tastefully, and Oswalt lends Chuck just the right amount of pathos to make the whole thing seem less absurd. Writer/director James Morosini (who based the screenplay on his relationship with his father) also stars as Franklin, and his quiet, puppy dog demeanor elicits our sympathy for his desire to connect with someone his own age who gets him. In fact, the whole film is about our desire for connection, how social media mediates and complicates that, and how deeply we can regret missed opportunities to connect or relationships that we’ve taken for granted. It might also be an encouragement for us to be more honest and vulnerable in both our “real” and “digital” lives.

Be on the lookout for I Love My Dad, likely landing on one of the big streamers soon.